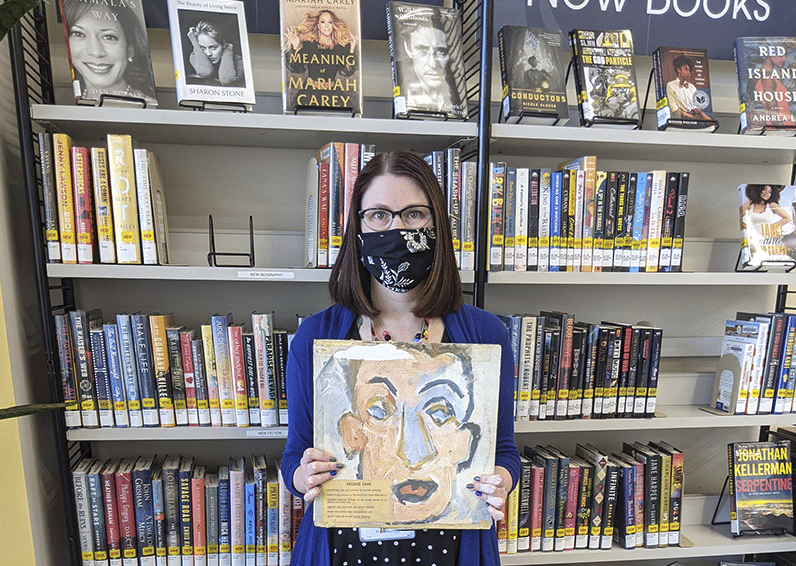 Heights Libraries in Ohio received a Bob Dylan record album in mail from a man in San Francisco who said he checked it out in 1973 and neglected to return it. He included $175 as a late fee, but the library said they no longer charge late fees. The Associated Press has the story:

Library gets record returned that was checked out in 1973

UNIVERSITY HEIGHTS, Ohio (AP) — After nearly five decades of blowin’ in the wind, a double Bob Dylan album finally has a direction home: A man living in San Francisco has mailed the vinyl back to an Ohio library 48 years after it was supposed to be returned.

Howard Simon recently sent the album along with a letter to Heights Libraries apologizing for his tardiness, according to a news release from the library system outside Cleveland.

Simon checked out Dylan’s “Self Portrait” album in 1973 as an eighth-grader at a University Heights middle school. Simon says he found it between two other Dylan albums in his personal vinyl collection.

“As a recent retiree, I am taking the opportunity to turn my attention to some of the many vignettes of life that by dint of career and family have been neglected these many years,” Simon wrote. “I am returning with the letter an overdue item by my count, approximately 17,480 days overdue as of this writing.”

His letter says the album cover is a little battered after traveling with him from University Heights to San Francisco with various stops in between, but the library says the records themselves remain in “great shape.”

Simon also sent the library a $175 replacement fee for “Self Portrait” along with an album he recorded, “Western Reserve,” for possible inclusion in the library’s collection.

The library bore no hard feelings, or sense that Simon wasted their precious time, essentially telling him in the press release don’t think twice; it’s all right.

“The funny thing about this is that we don’t charge overdue fines anymore–as long as we get the item back, we see no need to penalize people,” branch manager Sara Phillips was quoted as saying. “We’re grateful that Mr. Simon returned the record. I’d said we can now call it even.”