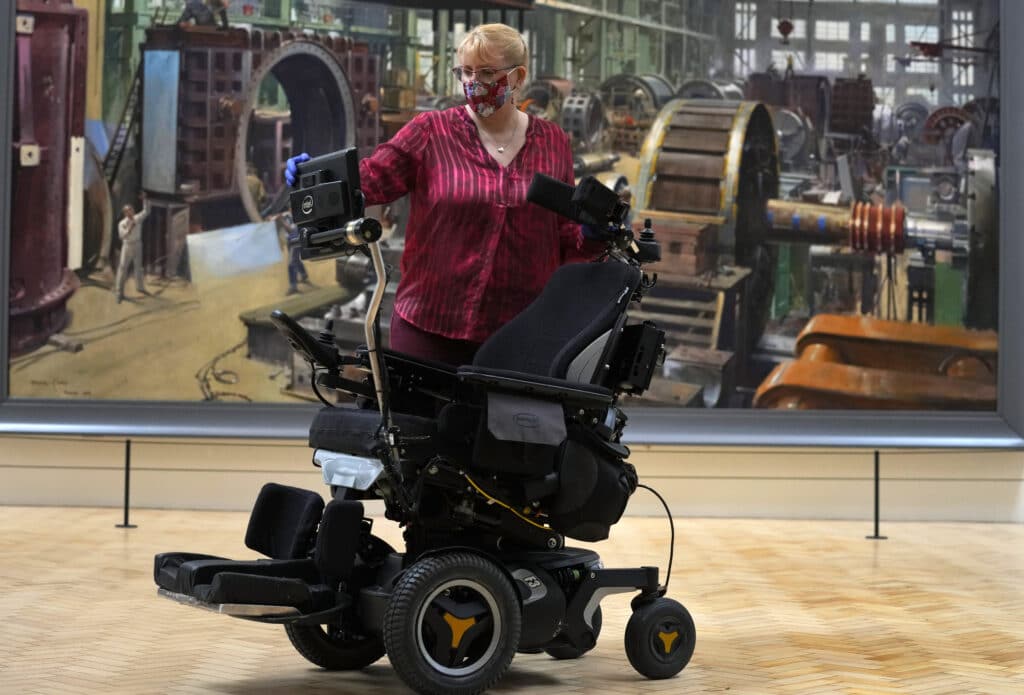 Personal items from the office of the late scientist Stephen Hawking will go on display thanks to London’s Science Museum and the Cambridge University library. He died in 2018 at 76. The Associated Press has the story:

LONDON (AP) — London’s Science Museum and the Cambridge University library said Wednesday they have acquired a large collection of items belonging to late physicist Stephen Hawking, from his personalized wheelchairs to landmark papers on theoretical physics and his scripts from his appearance on “The Simpsons.”

The entire contents of Hawking’s office at Cambridge — including his communications equipment, memorabilia, bets he made on scientific debates and office furniture — will be preserved as part of the collection belonging to the Science Museum Group.

Hawking occupied the office at the university’s department of applied mathematics and theoretical physics from 2002 until shortly before his death in 2018.

Highlights will go on display at the London museum early next year. Museum officials are also hoping to create a touring exhibition in the U.K. before setting up a permanent display in London.

Meanwhile, his vast archive of scientific and personal papers, including a first draft of his bestselling “A Brief History of Time” and his correspondence with leading scientists, will remain at Cambridge University’s library.

The institutions’ acceptance of Hawking’s archive and office meant that his estate settled 4.2 million pounds ($5.9 million) in inheritance tax.

This was done through a U.K. government plan which allows those who have such tax bills to pay by transferring important cultural, scientific or historic objects to the nation. Artefacts accepted under the plan are allocated to public collections and available for all.

Hawking studied for his PhD at Cambridge and later became the university’s Lucasian Professor of Mathematics, the same post that Isaac Newton held from 1669 to 1702.

Cambridge’s acquisition of the 10,000-page archive means that Hawking’s papers will join those of Newton and Charles Darwin at the university library, where they will soon be free for the public to access.

“The archive allows us to step inside Stephen’s mind and to travel with him round the cosmos to, as he said, ‘better understand our place in the universe,’” said Jessica Gardner, the university’s librarian.

“This vast archive gives extraordinary insight into the evolution of Stephen’s scientific life, from childhood to research student, from disability activist to ground-breaking, world-renowned scientist,” she added.

Diagnosed with motor neuron disease at 22 and given just a few years to live, Hawking survived for decades, dying in 2018 at 76. His work on the mysteries of space, time and black holes captured the imagination of millions, and his popular science books made him a celebrity beyond the preserves of academia. Hollywood celebrated his life in the 2014 biopic “The Theory of Everything.”

Hawking’s children, Lucy, Tim and Robert, said they were pleased that their father’s work will be preserved for the public for generations to come.

“My father would be so pleased and I think maybe at the same time, just a tiny bit overwhelmed that he was going to form part of the … history of science, that he was going to be alongside the great scientists, the people whose work he really admired,” Lucy Hawking said.