Nuclear plant near NYC shutting down amid protests 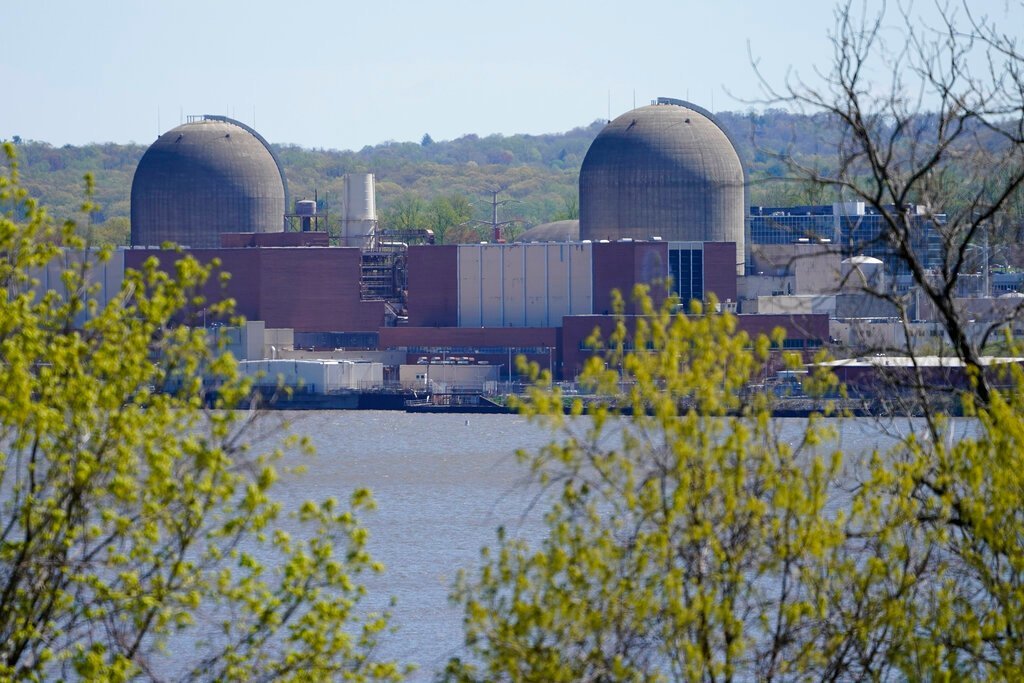 Although it’s been a key source of energy for New York City suburbs, Indian Point Energy Center is shutting down after public pressure. Gov. Andrew Cuomo had fought for its shutdown. The Associated Press has the story:

BUCHANAN, N.Y. (AP) — Indian Point will permanently stop producing nuclear power Friday, capping a decades-long battle over a key source of electricity in the heart of New York City’s suburbs that opponents have called a threat to millions living in the densely packed region.

The retirement of the Indian Point Energy Center along the Hudson River could increase New York’s short-term reliance on natural gas plants, despite the state’s goal of reducing carbon emissions. But Gov. Andrew Cuomo and others who fought for its shutdown argue any benefits from the plant are eclipsed by the nightmare prospect of a major nuclear accident or a terror strike 25 miles (40 kilometers) north of the city.

“There are 20 million people living within 50 miles of Indian Point and there is no way to evacuate them in case of a radiological release. And the risk of that is quite real,” said Paul Gallay, president of the environmental group Riverkeeper.

Related: Hydrofluorocarbons to be Cut in Fridges and Air Conditioners

The actual shutdown will be straightforward: a control room operator for Indian Point’s Unit 3 will push a red button to shut down the reactor Friday night. It will complete a contentious closing of the plant’s two reactors years in the making.

The Unit 2 reactor shut down exactly a year ago under a 2017 agreement among the Cuomo administration, Riverkeeper and the plant’s operator, Entergy Corp. Unit 3’s shutdown under the same agreement paves the way for a decommissioning that is projected to cost $2.3 billion and take at least 12 years. The tall twin domes visible from the river will eventually be demolished.

The two reactors, which went online two years apart in the mid-’70s, had generated about a quarter of the electricity used in New York City and the lower Hudson Valley.

Environmentalists faulted the plant for killing fish by taking in massive amounts of river water for cooling. Critics said the plant was antiquated and pointed to a safety history that included faulty reactor bolts and radioactive tritium detected in groundwater onsite.

Fears that Indian Point could be a terror target intensified after one of the planes hijacked for the Sept. 11 attacks flew by the plant on its way down the river to the World Trade Center.

“In theory, the plant was built to withstand an airplane crash in the ’70s,” Cuomo told reporters recently. “Who knows what would happen now with Indian Point?”

Entergy spokesperson Jerry Nappi said Indian Point has run reliably and safely virtually without interruption since 1962, when the first long-since-retired reactor went online at the site of an old amusement park.

Village of Buchanan Mayor Theresa Knickerbocker, a lifetime resident, said the plant operators are good neighbors and it’s sad to see them go. The village is among the local beneficiaries of annual payments from Entergy and there were still 750 workers employed there this month.

“We were always known as one of the smallest communities with a nuclear power plant. We were kind of proud of that,” Knickerbocker said. “People would make fun of us, ‘Oh, you glow in the dark?’ and we’re like, ‘Yeah, we do.’”

Indian Point’s exit is not expected create reliability problems for New York’s electrical grid. But it comes as the Cuomo administration works to increase the share of electricity generated by clean renewables like wind and solar. The state aims to get 70% of its electricity from renewable sources by 2030.

Backers of the closure say any potential bump up in New York natural gas generation needs to be considered in context of a decrease in fossil fuel generation since 2016, as well as progress in renewables and energy efficiency. New York has more than 20 large-scale renewable energy infrastructure projects that will be under construction this year with more planned.

Tom Congdon, chairman of Cuomo’s Indian Point closure task force, said the state has been preparing for the retirement for years and the state remains on target for its clean air goals. He said a fluctuation in natural gas generation is possible.

“But whatever that change is, it’s temporary in nature because of this tremendous pipeline of renewable energy projects that are all coming online over the next few years,” Congdon said.

Holtec said it will provide job opportunities more than 300 Indian Point employees, and local communities will have access to payments and assistance to ease their post-nuclear transition.

Knickerbocker hopes that some of the 240-acre site will eventually be used for residential and commercial development.