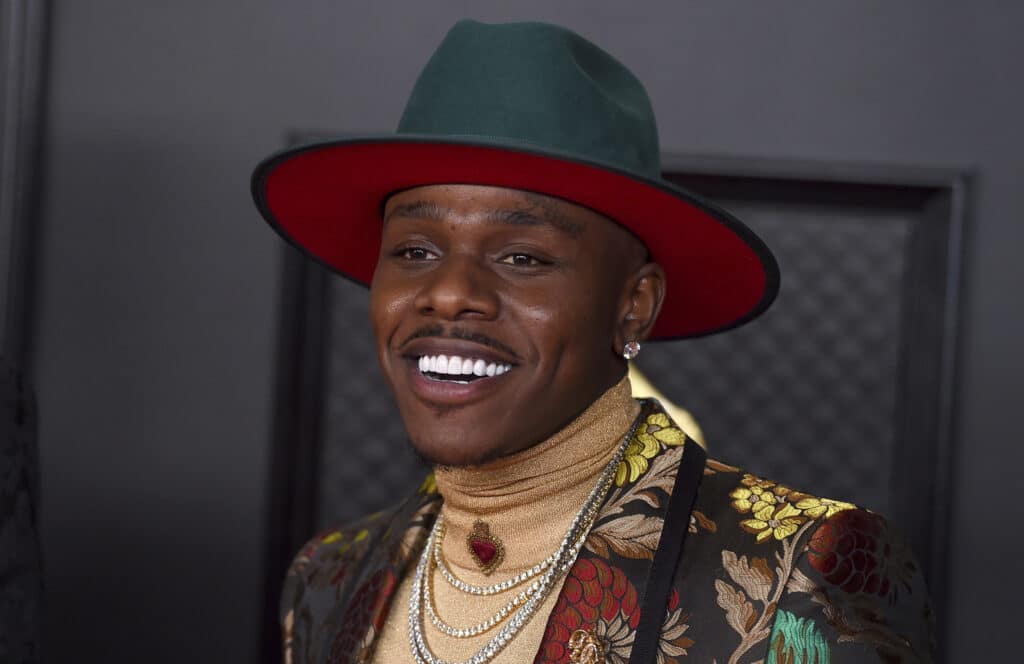 Two people have been charged with attempted murder in a shooting in Miami Beach. Grammy-nominated rapper DaBaby was detained by police for questioning but released. The Associated Press has the story:

MIAMI (AP) — Police have charged two suspects with attempted murder in a shooting that wounded two people on Ocean Drive in Miami Beach, but suspects remained elusive Wednesday in two other attacks that left more people dead and wounded in Miami over the Memorial Day weekend.

According to arrest reports, Wisdom Awute, 21, and Christopher Urena, 29, both face charges of attempted first-degree murder with a deadly weapon and aggravated assault. Urena also faces charges of grand theft and possessing a firearm as a convicted felon.

Police received multiple 911 calls reporting the shooting just after 11:30 p.m. Monday along the popular strip of Art Deco hotels and restaurants. Officers found one person struck in the shoulder and another in the leg. Both were taken to Jackson Memorial Hospital, where one remains in critical condition and the other was treated and released.

Grammy-nominated rapper DaBaby was one of many people detained for questioning in the Ocean Drive shooting before police let him go, Miami Beach police spokesman Ernesto Rodriguez said. DaBaby — whose legal name is Jonathan Kirk — had one of the biggest hits of 2020 with “Rockstar,” and was nominated for a Grammy Award for record of the year. A man answering the phone at his record label said “No comment.”

The shooting wrapped up a violent Memorial Day weekend in the Miami area. A mass shooting by three masked suspects outside a banquet hall near Hialeah early Sunday left two dead and 21 wounded, including three who were hospitalized in critical condition. And a drive-by shooting Friday night killed one person and injured six others outside a venue in the the Wynwood area.

There is no indication the shootings were related to each other.

“This is a weekend when we should be out remembering, enjoying time with loved ones, and instead we’re here mourning,” Miami-Dade County Mayor Daniella Levine Cava said Monday.