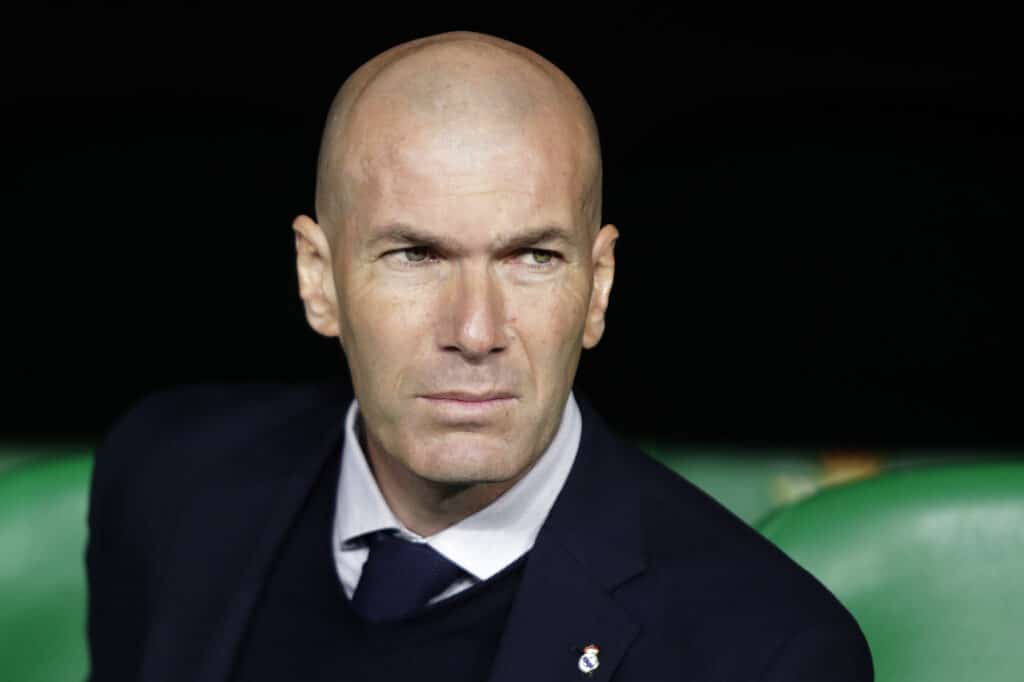 After a losing season, Real Madrid coach Zinedine Zidane is leaving the team. This will be the second time he has stepped down from the position; the first time came after a successful run of seasons in 2018. The Associated Press has the story:

The club said Thursday the Frenchman is leaving his job, a few days after a season in which Madrid failed to win a title for the first time in more than a decade.

“(Zidane) decided to bring an end to his current spell,” the club said in a statement. “We must now respect his decision and express our gratitude for his professionalism, dedication and passion over the years and what he means to Real Madrid.”

Zidane had a contract through June 2022.

“Zidane is one of Real Madrid’s great icons and his legacy extends beyond what he has achieved as a coach and player at our club,” Madrid said. “He is aware that he has a place in the hearts of the Real Madrid fans and that he will always have a home at Real Madrid.”

Zidane left the club for the first time after leading Madrid to one of its most successful runs from 2016-2018, with three consecutive Champions League titles. In his two years and five months in charge, Madrid won a total of nine trophies, including two Club World Cups, two UEFA Super Cups, one Spanish league and one Spanish Super Cup.

He only won the league title once and a Spanish Super Cup in his second stint.

He quit the first time less than a week after leading the team to its third straight Champions League title, saying it was time for a change and that he didn’t see it clearly that the club would keep winning with him in charge.

Zidane had been dismissing talks about his future recently, saying that he would discuss it with the club. He said he believed that Madrid could do well without him as coach.

Madrid president Florentino Pérez had said sometime ago he was pleased with Zidane and hoped he would stay with the club.

Among the possible candidates being talked about to replace Zidane were Massimiliano Allegri, Antonio Conte, Xabi Alonso, and former Madrid great Raúl González, who has been coaching Madrid’s “B” team — just like Zidane was before taking over the over the main squad for the first time in 2016.

Zidane, who was yet to speak publicly after Thursday’s announcement, left as the second-most successful coach at Madrid, trailing the 14 titles won by Miguel Muñoz in his 14 seasons at the club in the 1960s and 70s. Zidane was at the club’s helm for 263 matches, with 174 victories, 53 draws and 36 loses.

Zidane’s second stint as coach began in March 2019, less than a year after he left for the first time. The team was in crisis after a disastrous season that included losses to rival Barcelona and elimination to Ajax in the round of 16 of the Champions League.

But his second run ended with Madrid enduring its least successful season since 2009-10, which was the last time it didn’t win a title.

Madrid fought for the Spanish league title until the final round but finished two points behind city rival Atlético Madrid, failing to defend its title and lift back-to-back league trophies for the first time since 2007-08.

In the Champions League, Zidane led the team to the semifinals, eventually eliminated by Chelsea. In the Copa del Rey, Madrid lost to third-division club Alcoyano in the round of 32.

Zidane had to deal with a series of setbacks in his squad because of injuries. It was without captain Sergio Ramos for nearly the entire second half of the season, and he also couldn’t count much on Eden Hazard. Other key players who were not available for extended periods included Dani Carvajal, Lucas Vázquez and Marco Asensio.

Zidane struggled to put together a consistent starting lineup, and he often tried to switch schemes between matches. A move to a 3-5-2 formation worked well in some games but failed miserably in others, giving him little confidence to set up his teams.

In addition to Zidane’s departure, there’s also doubt about whether Ramos will return, and major signings are not likely as the club continues to struggle financially amid the coronavirus pandemic.

“I wish you all the best. You deserve it,” Ramos said on Instagram. “Enjoy life, enjoy family.”