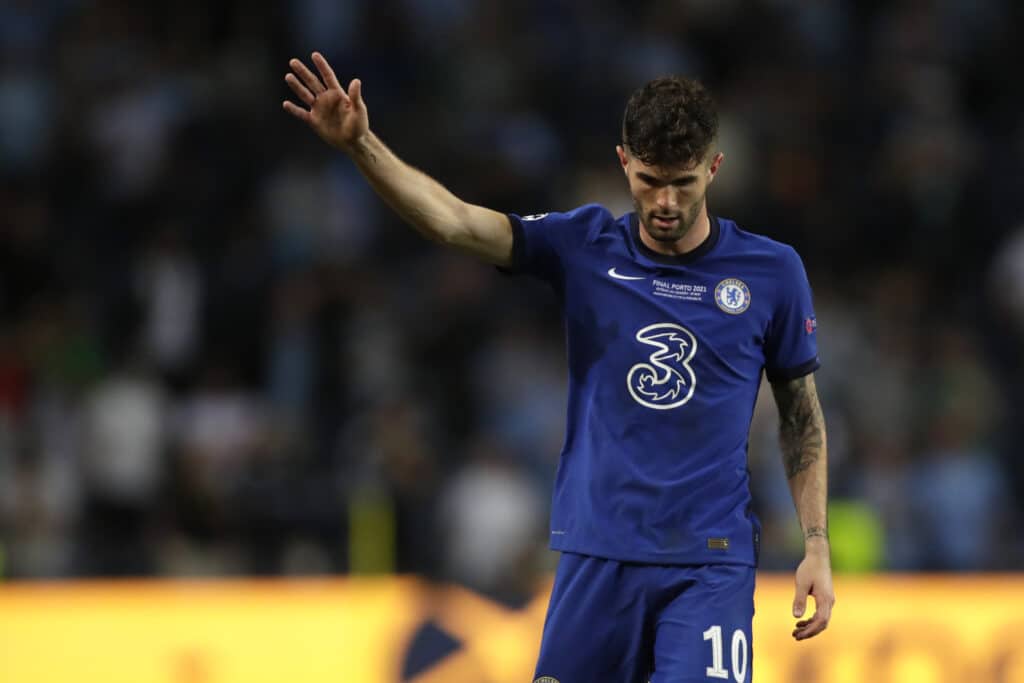 He came away with a winner’s medal, too — and almost a goal.

The Chelsea forward came on as a substitute in the 66th minute with his team leading Manchester City 1—0 in Porto.

The 22-year-old Pulisic, who joined Chelsea from German club Borussia Dortmund in 2019, had a chance to double the lead when he lifted the ball over City goalkeeper Ederson Moraes but it went wide in the 73rd.

“I wish I’d put away the chance I had,” he said. “I didn’t quite get under it the way I wanted but in the end, this team … we were always going to win this game and I’m just so proud of them.”

Related: What to know about the champions league final

Pulisic, from Hershey, Pennsylvania, celebrated with his parents after the final whistle inside the Estadio do Dragao. He posed with the Champions League trophy in a USA sweatshirt.

His second season with Chelsea was hampered by persistent hamstring injuries before Christmas, but he has played an increasingly influential role since Thomas Tuchel arrived as manager in January.

“I’m just so proud, so proud to be here,” he said. “It’s been a difficult road for me. I couldn’t imagine winning the Champions League ever in my life. Now I’m here and it’s just crazy.”

Pulisic is the second American to win the Champions League, after Jovan Kirovski in 1997. Kirovski won it with Dortmund but didn’t feature in the final, only making two substitute appearances in the group stage.