Russia: We may use ‘forceful methods’ 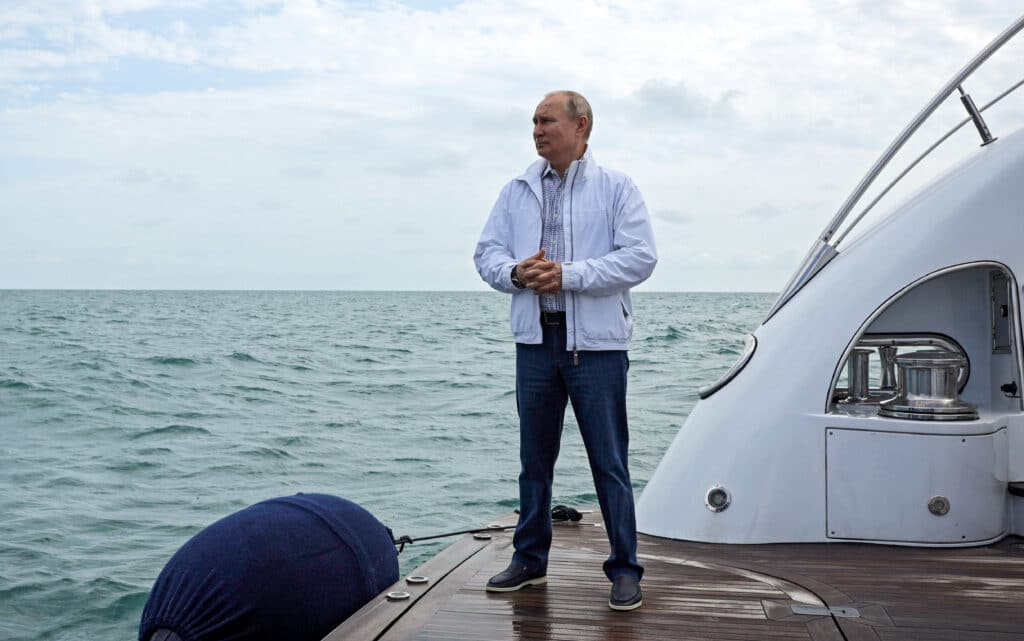 Russia’s national security strategy has been revised and contains aggressive language toward what it sees as threats to its sovereignty. Nikolai Patrushev, the secretary of the presidential Security Council, said the focus will be economic measures, but the nation will resort to “coercive forceful measures” if necessary. The Associated Press has the story:

MOSCOW (AP) — A revised version of Russia’s national security strategy says that it may use forceful methods to respond to unfriendly actions by foreign countries, a top Kremlin official said in remarks published Monday,

Nikolai Patrushev, the secretary of the presidential Security Council, said that the document foresees that Moscow could take “symmetric and asymmetric measures to thwart or avert unfriendly actions that threaten the sovereignty and territorial integrity of the Russian Federation.”

In an interview published Monday by the government daily Rossiyskaya Gazeta that those “primarily will be special economic measures, but also coercive forceful methods if necessary.”

Patrushev said that in comparison with the previous version of the strategy that was published in December 2015, the revised version of the document also emphasized information security as one of the top priorities.

Russia’s relations with the U.S. and its allies have been at post-Cold War lows over Moscow’s 2014 annexation of Ukraine’s Crimean Peninusla, accusations of Russian interference in elections, hacking attacks and other irritants.

The revised national security strategy comes as Russian President Vladimir Putin is preparing for a summit with U.S. President Joe Biden set for June 16 in Geneva.

Patrushev, who last week had talks with Jake Sullivan, Biden’s national security adviser, to discuss preparations for the summit, noted that their conversation was “constructive and productive.” He added that Moscow and Washington could work out “mutually acceptable solutions for certain issues,” but didn’t elaborate.