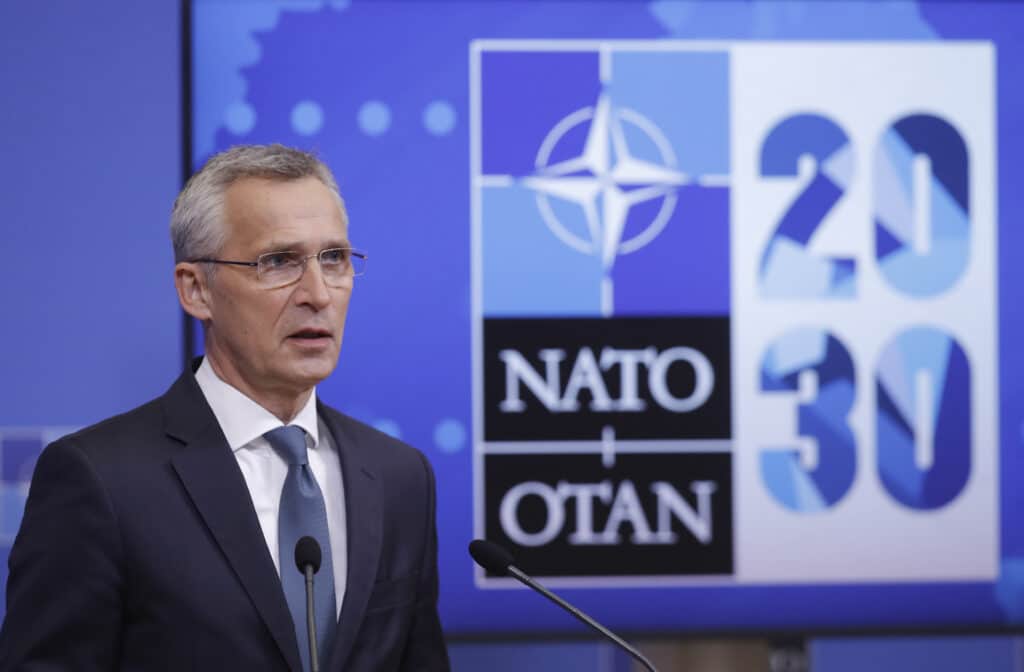 NATO Secretary-General Jens Stoltenberg announced that NATO has restricted Belarus officials from entering its headquarters in response to the nation diverting a plane in order to arrest a journalist. The officials will only be able to access the area with visitor badges, which restricts them from certain areas. The Associated Press has the story:

BRUSSELS (AP) — The NATO military alliance is restricting access to its headquarters for a group of Belarus officials in the wake of Minsk’s decision to divert a Ryanair passenger plane to arrest a dissident journalist earlier this month.

“We have decided to restrict the access of Belarusian personnel to the NATO headquarters based on our assessment of security measures at the headquarters,” NATO Secretary-General Jens Stoltenberg told reporters Monday.

The move is expected to involve about five officials. They will still be able to enter NATO’s sprawling headquarters complex in Brussels but only as visitors, not with their usual delegation badges, depriving them of access to some areas.

Belarus’s international isolation has deepened since the May 23 incident, in which Belarusian flight controllers told the crew of a Ryanair jet of an alleged a bomb threat and instructed them to land in Minsk, where journalist Raman Pratasevich was pulled off the plane by authorities.

Related: US Ambassador To Russia Returns To US Due To Tension

NATO ambassadors said last week that the “unacceptable act seriously violated the norms governing civil aviation and endangered the lives of the passengers and crew.”

Stoltenberg has branded the Belarus move “a state hijacking.”