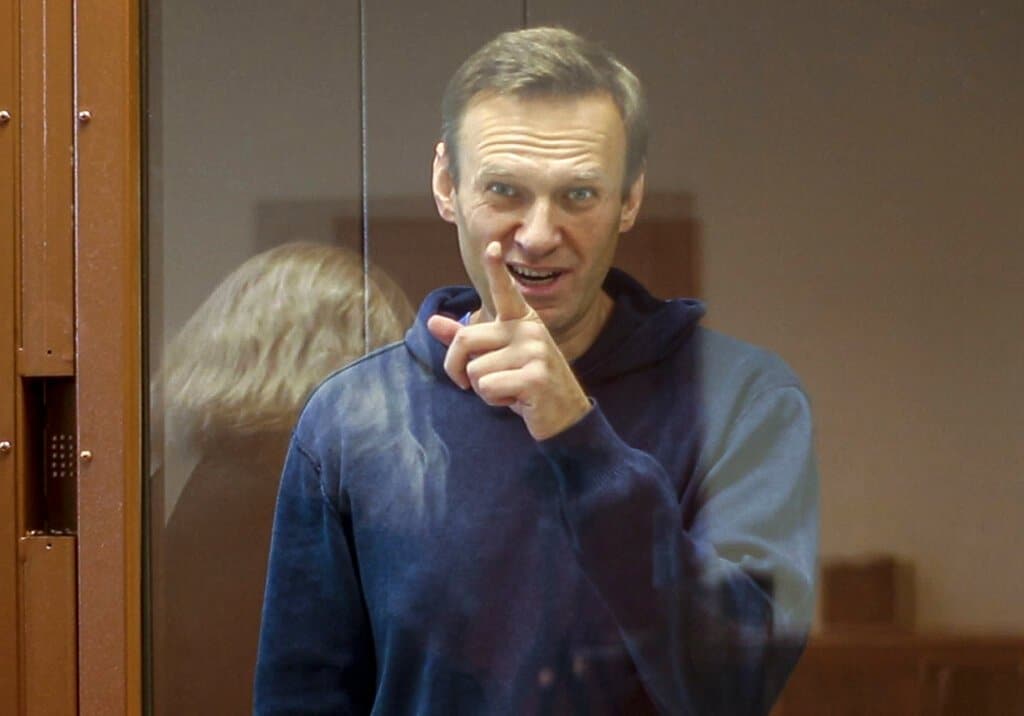 Alexei Navalny, a Russian opposition leader who was imprisoned earlier this year, has ended his hunger strike after obtaining medical treatment. Additionally, part of the reason he ended the hunger strike was because others were not eating along with him to support him. The Associated Press has the story:

MOSCOW (AP) — Imprisoned opposition leader Alexei Navalny said Friday he is ending his hunger strike after getting medical attention and being warned by his doctors that continuing it would put his life at risk.

In an Instagram post on the 24th day of his hunger strike, Navalny said he will continue to demand a visit from his doctor to address numbness in his legs and arms -– his main demand. But he said he would halt the strike after having been examined by doctors who were not affiliated with the prison, something he called “a huge progress.”

He also acknowledged the mass pro-Navalny protests across Russia on Wednesday and multiple letters and statements supporting him from public figures and government officials around the globe.

“Thanks to the huge support of good people across the country and around the world, we have made huge progress,” Navalny said in his message from behind bars. “Two months ago, my requests for medical help were prompting smirks. I wasn’t given any medications. … Thanks to you, now I have been examined by a panel of civilian doctors twice.”

Another reason he was ending the hunger strike was that some of his supporters were refusing to eat in a show of solidarity with him, Navalny said.

“Tears flowed from my eyes when I read that. God, I’m not even acquainted with these people, and they do this for me. Friends, my heart is full of love and gratitude for you, but I don’t want anyone physically suffering because of me,” said the 44-year-old politician, who is President Vladimir Putin’s most prominent critic.

He said he would start “coming out of the hunger strike” on Friday and the process of ending it will take 24 days.

Navalny was arrested in January upon his return from Germany, where he had spent five months recovering from a poisoning with the nerve agent that he blames on the Kremlin — accusations that Russian officials reject.

He was promptly put on trial for violating terms of a suspended sentence stemming from a 2014 embezzlement conviction, which he says was politically motivated. He was ordered to serve 2½ years in prison.

Navalny began the hunger strike March 31, after developing severe pain in his back and loss of sensation in his legs. Prison officials have said he was getting all the medical help he needs, but Navalny insisted he effectively received no treatment.

Navalny’s doctors said Saturday they feared he was close to dying because his test results showed sharply elevated levels of potassium, which can bring on cardiac arrest, and heightened creatinine levels that indicated impaired kidneys.

He was transferred Sunday from a penal colony east of Moscow to the hospital ward of another prison in Vladimir, a city 180 kilometers (110 miles) east of the capital.

The day after mass protests demanding his freedom swept across Russia, a team of his doctors released a letter urging him to end the hunger strike.

The letter revealed that Navalny was taken to a regular hospital Tuesday in Vladimir, where he underwent tests and was examined by specialists “in accordance” with requests from his doctors. It said they were given the results of those tests through Navalny’s lawyers and family on Thursday.

The doctors said they would continue to insist on access to Navalny but also urged him “to immediately stop the hunger strike in order to save life and health,” saying that they considered being examined by “civilian” doctors from outside the prison and undergoing “objective tests” enough to end the strike.

In another statement after Navalny announced an end to hunger strike, his team of doctors said more tests were needed to figure out the diagnosis and demanded he be transferred to a well-equipped hospital in Moscow and offered adequate pain relief.

“He has been experiencing pain for two months,” said the statement, published in the Novaya Gazeta newspaper. “It’s been two months since the symptoms occurred, but a proper diagnosis hasn’t been determined so far.”

Dr. Alexei Erlikh, an intensive care specialist and one of the five doctors on the team, told The Associated Press that Navalny, who had spent a long time in a coma after his poisoning in August, shouldn’t be viewed as just a patient who starved himself.

“This is a patient who starved following an unknown damage of his nervous system by an unknown substance, with an unknown degree of further risk,” Erlikh said.

Navalny’s arrest in January triggered mass protests — the biggest show of defiance the Kremlin has encountered in years. The authorities responded with harsh crackdown, arresting thousands and jailing hundreds. Navalny’s aides and associates across Russia were also targeted with detentions and raids. Some of his top allies have been slapped with criminal charges and put under house arrest.

Last week, Russian authorities took the pressure to a new level, with the Moscow prosecutor’s office petitioning a court to label as his Foundation for Fighting Corruption and his network of regional offices as extremist groups. Human rights activists say such a move would paralyze their activities and expose their members and donors to prison sentences of up to 10 years.

Navalny will face some tough days, his close ally Lyubov Sobol, who spent more than 30 days on a hunger strike in 2019, told the AP: “As a person who was on hunger strike for a long time, I know that the coming days will be very difficult. The first week of coming out of the hunger strike is effectively the same hunger strike — you can’t eat normal food, it can result in very grave consequences for your heath.”

She said it will be especially difficult for Navalny in prison, without access to “normal” — let alone specialized — food.

“It’s hard for me to say that we can take a breather and all relax. No, Navalny’s life and health are still under threat,” Sobol said.