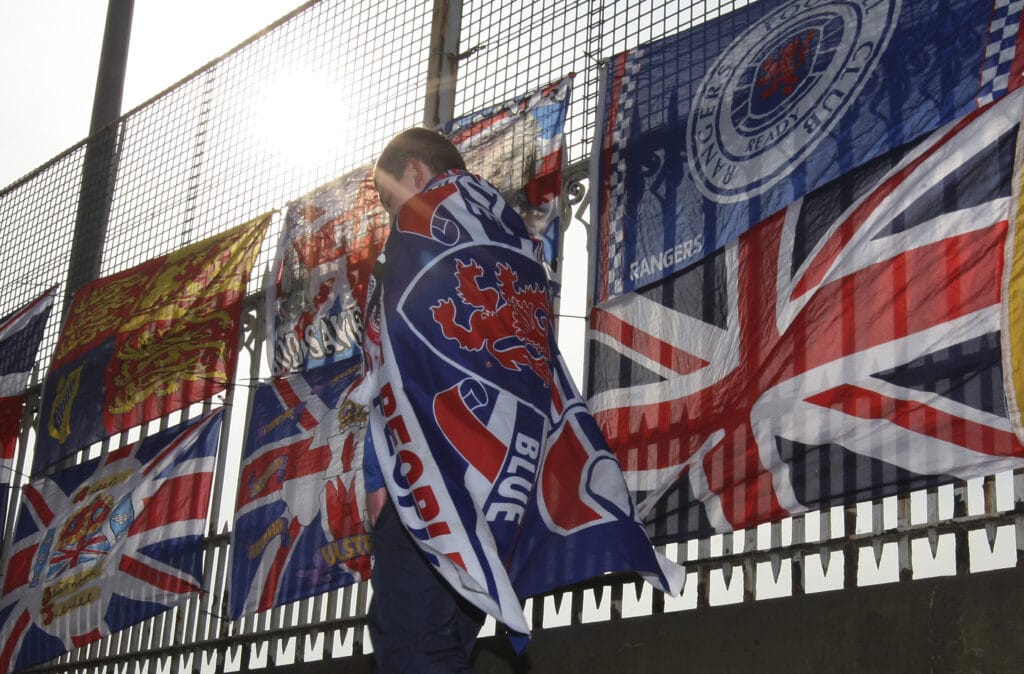 Scotland will be hosting the European Championship soon, and the country wants to make sure fans don’t sing anti-Catholic chants at the game. Scottish First Minister Nicola Sturgeon said it makes him “utterly disgusted.” The Associated Press has the story:

(AP) The most anticipated summer in Scottish soccer in a generation started with a public outbreak of perhaps its deepest-rooted problem.

Before Glasgow hosts two national team games at the European Championship, the city witnessed the kind of religious sectarianism that has poisoned relations between fans of Rangers and Celtic for decades.

Rangers’ runaway league success under manager Steven Gerrard stopped Celtic from winning its 10th straight title — the holy grail in Scotland — and saw fans march together in big numbers for the first time in the pandemic-hit season.

The celebrations on May 15 after Rangers completed an unbeaten season led to George Square — the area which now hosts a Euro 2020 fan zone — and were marred by anti-Catholic chants by fans who are typically drawn from the Protestant community.

“In normal times, the violence & vandalism, & the vile anti Catholic prejudice that was on display, would have been utterly unacceptable,” Sturgeon posted on her Twitter account. “But mid-pandemic, in a city with cases on the rise, it was also selfish beyond belief.”

A chance to repair some reputational damage

Scotland will get a chance to repair some reputational damage when it plays in its first tournament game in 23 years on June 14, hosting the Czech Republic. The Scots will then play against England in London on June 18 before hosting Croatia on June 22.

The flags carried in the expected 12,000-strong crowd at Hampden Park for those Scotland games will help show how the team’s Tartan Army of fans is separate, and a haven, from bitter club rivalries. They have built one of the best reputations in world soccer even though their team has been absent from the tournament stage since the 1998 World Cup.

Expect to see flags in the blue St. Andrew’s cross and red and yellow Lion Rampant, and not the Union Jack of Britain favored at Rangers or the Irish tricolor typically displayed at Celtic.

“There’s a surprising lot of Rangers and Celtic fans in the support,” Tartan Army member Clark Gillies told The Associated Press in an interview. “But the club hats are left at home.”

That view is shared at Nil By Mouth, a non-profit organization that works to tackle religious bigotry in Scottish soccer. In 10 years, Nil By Mouth has never had a complaint about sectarianism within the Tartan Army, director David Scott told the AP.

Scott said it works with the Scottish government but not the soccer federation, whose diversity strategy “Football Unites” fails to reference religious bigotry, he said.

“They (SFA) won’t even name the problem even though it is the most obvious problem,” Scott said, adding that clubs “never had a point or a pound deducted” for sectarian abuse at their stadiums.

Although the federation has steered away from the issue, national team coach Steve Clarke went at it directly in 2019 when he was the manager of Scottish club Kilmarnock. Clarke, who left Scotland early in his playing career, said he faced abuse from the “dark ages” about his Catholic background at a game against Rangers.

“I wake up every morning and thank Chelsea for taking me away from the west of Scotland, because my children don’t understand this,” Clarke said after the 2019 incident, weeks before getting the national team job.

Scott described Clarke as a principled and dignified man, but “very much a reluctant standard bearer.”

Clarke now leads his team into Euro 2020 with wide national support after an unexpected success in qualifying against Serbia in November. There were no fans in an empty stadium in Belgrade to share the moment.

A 21-year veteran of travel with the Tartan Army, Gillies said Euro 2020 will find Scottish fandom in a good place despite tensions now rekindled in the Glasgow rivalry. A lull followed Rangers’ demotion in 2012 to the fourth division for financial reasons.

He cited fan ownership of clubs like Motherwell and Hearts and vibrant media coverage of soccer culture typified by the BBC show A View From The Terrace.

“I think Scottish football got its act together,” said Gillies, an Aberdeen fan. “It’s in a much healthier place.”