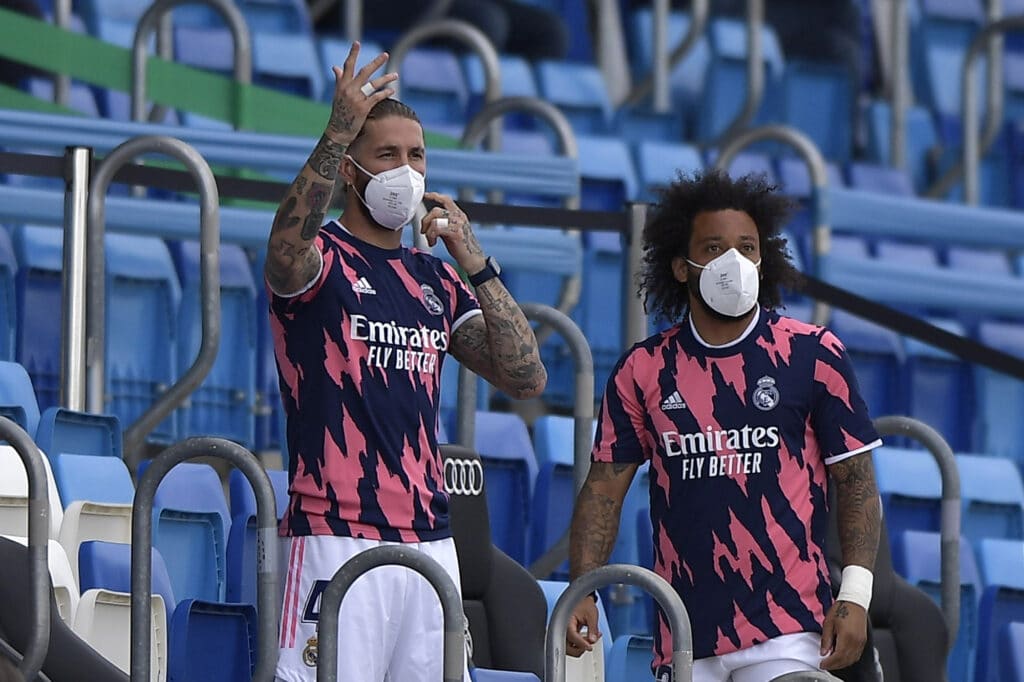 Sergio Ramos, a defender for Real Madrid, has been left off the Euro 2020 squad due to multiple injuries this past season. He holds the European record for most appearances at the competition with 180 appearances. The Associated Press has the story:

MADRID (AP) — Sergio Ramos was left off Spain’s squad for the European Championship on Monday following a season plagued by injuries, a decision that means no Real Madrid players were called up by the national team for a major tournament for the first time.

Spain coach Luis Enrique said Ramos’ lack of play recently made it difficult for the defender to be included in the Euro 2020 squad.

The 35-year-old Ramos missed most of the second half of the season after a series of muscle injures and a knee problem that required surgery. He also tested positive for COVID-19 in April.

Ramos would have been a Madrid player on the list, and Luis Enrique said Dani Carvajal also would have made the squad if he was fit. The Spanish powerhouse finished the season without a title for the first time in more than a decade. It was runner-up to Atlético Madrid in the Spanish league and was eliminated by Chelsea in semifinals of the Champions League.

“I don’t take that into consideration,” Luis Enrique said, referring to the players’ clubs. “If Carvajal and Ramos were fit they would be in the squad.”

Other Madrid players who had been called up recently but were left off the list included Nacho Fernández and Marco Asensio.

Luis Enrique said he told Ramos about his decision in a phone call on Sunday.

Related: Fans Rewarded as Euro 2020, Kicking off in Summer 2021, Will Happen in Multiple Countries

“I normally don’t make these calls but I decided to do it in Ramos’ case because of what he means to the national team,” Luis Enrique said, adding that he told the player to be “more selfish” and make sure he fully recovers so he can come back to help his club and eventually return to the national team.

Ramos would have had a chance to break the record for most appearances for a national team at Euro 2020. The veteran Spain captain already holds the European record with 180 appearances. The world record of 184 is held by Egypt player Ahmed Hassan.

‘I’ll be another fan cheering on from home’

“It pains me not to have been able to help my team more and not to play for Spain but, in this case, the best thing to do is rest, fully recover and come back next year like we’ve always done,” Ramos said on Twitter. “It hurts not to represent your country, but I have to be honest and sincere.

“I wish all my teammates the very best of luck and I hope we have a great Euros,” he said. “I’ll be another fan cheering on from home.”

Manchester City defender Aymeric Laporte, who played for France’s youth squads but was also eligible to play for Spain, was among those included in Luis Enrique’s squad.

“His call-up has nothing to do with Ramos not being able to play,” Luis Enrique said about Laporte. “We considered him since it became possible for him to be with us. He is a top player who can help us, with a lot of international experience with his club.”

Among those missing out were Jesús Navas, Sergio Canales, Kepa Arrizabalaga, Iago Aspas and Inigo Martínez, who announced on Monday he didn’t feel ready to be with the national team for Euro 2020.

Luis Enrique said he didn’t pick a full complement of 26 players because he felt the 24 that he included would meet all of the team’s needs. He said he didn’t want to have too many players who would not expect to play.

Spain will play in Group E along with Sweden, Poland and Slovakia. All of its games will be in the Spanish city of Seville, beginning on June 14 against Sweden. Its two warm-up matches will be against Portugal on June 4 and against Lithuania on June 8.

“We are in a group of favorites that includes six or seven national teams that no one can count out,” Luis Enrique said. “We are not inferior to anyone and we are not superior to anyone.”

The Spanish players will report to training on May 31.

Previous Article
Stocks are back up, including S&P 500
Next Article
Nations frown on Belarus after arrest of journalist