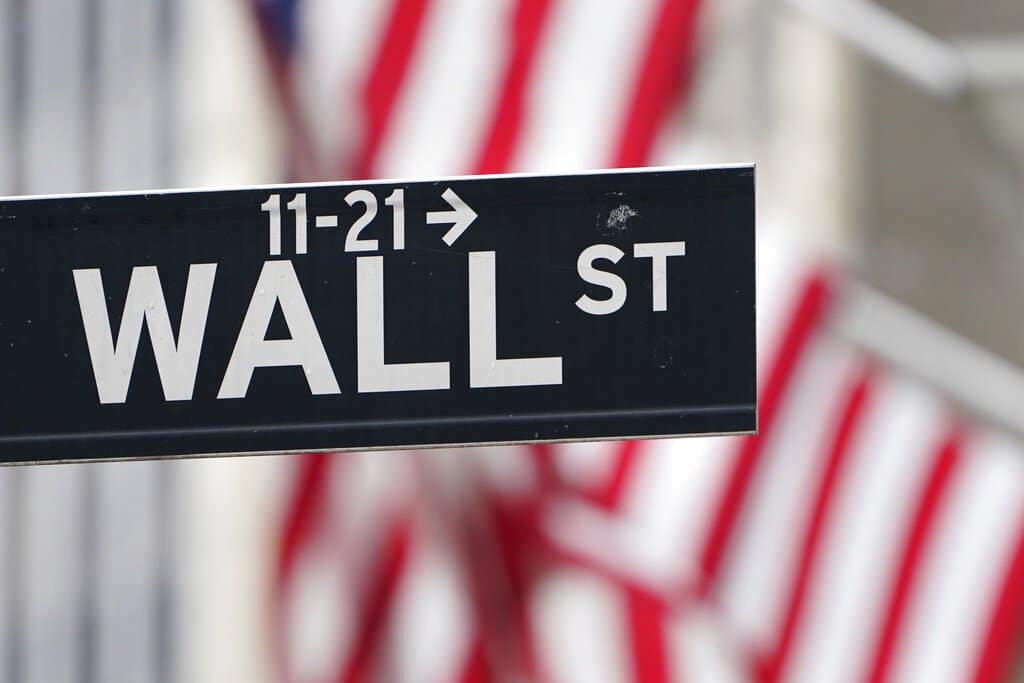 AP- Stocks shook off an early stumble and closed broadly higher Monday, nudging some of the major U.S. indexes to more all-time highs as the market added to its recent string of gains.

The S&P 500 rose 0.7% after having been down 0.5% in the early going, extending its winning streak to a fifth day. Technology stocks, airlines, cruise operators and other companies that rely on consumer spending helped lift the market. Banks and energy stocks were the only laggards.

Wall Street continues to eye the bond market, where yields pulled back a bit from Friday’s sharp increase. Investors are also focused on the recovery of the U.S. and global economies from the coronavirus pandemic. The $1.9 trillion aid package for the U.S. economy has lifted investors’ confidence in a strong recovery from the pandemic in the second half of the year, but also raised concerns about a potential jump in inflation.

President Joe Biden’s pledge to expand vaccine eligibility to all Americans by May 1 should also translate into faster economic growth.

Rising interest rates continue to be a key concern for investors following the sudden jump over the last month in bond yields. Rates are not yet at a concerning level, and both the markets and economy can easily digest them, said Yung-Yu Ma, chief investment strategist at BMO Wealth Management.

“The question ultimately becomes how well markets can digest and stay the course on the idea that these increases are temporary,” he said. “As well as coming to terms with the idea that temporary might be three or four quarters.”

Bond yields ticked mildly lower on Monday, with the 10-year U.S. Treasury note falling to 1.61% from 1.62% on Friday. The mild drop in yields was affecting bank stocks the most, where investors have placed big bets that higher yields would translate into banks charging borrowers higher rates. Bank of America fell 0.5%, Wells Fargo dropped 0.7% and Citigroup lost 1.3%.

Some economists fear that inflation, which has been dormant over the past decade, could accelerate under the extra demand generated by a surge in government spending. Others disagree, pointing out that there are 9.5 million fewer jobs in the American economy than there were before the pandemic hit, and argue that unemployment will keep a lid on inflation.

United Airlines surged 8.3% for the biggest gain in the S&P 500, while American Airlines rose 7.7%. Delta Air Lines gained 2.3% and JetBlue Airways climbed 5.9%. The rally in airline stocks came as the Transportation Security Administration screened more than 1.3 million people both Friday and Sunday, the most since the coronavirus outbreak devastated travel a year ago.

Cruise operators, whose shares have been pummeled over the past year, also had a good day. Carnival gained 4.7%, while Royal Caribbean climbed 4.8% and Norwegian Cruise Line added 2.7%.

Markets got a mixed message from China. It has led the global recovery, reopening earlier than other countries from coronavirus shutdowns following the disease’s emergence in the central city of Wuhan in early 2020.

Retail sales there jumped nearly 36% year-on-year in January-February from a year earlier. The outsized gain benefited from a flattering comparison with the low level of activity during last year’s shutdowns, ING said. Meanwhile, China’s jobless rate rose to 5.5% from 5.2% a year earlier, possibly affected by flare ups of coronavirus in some areas, analysts said.

The Shanghai Stock Exchange fell 1%, while other markets in Asia were mixed.