Suez Canal suing owner of ship that was stuck 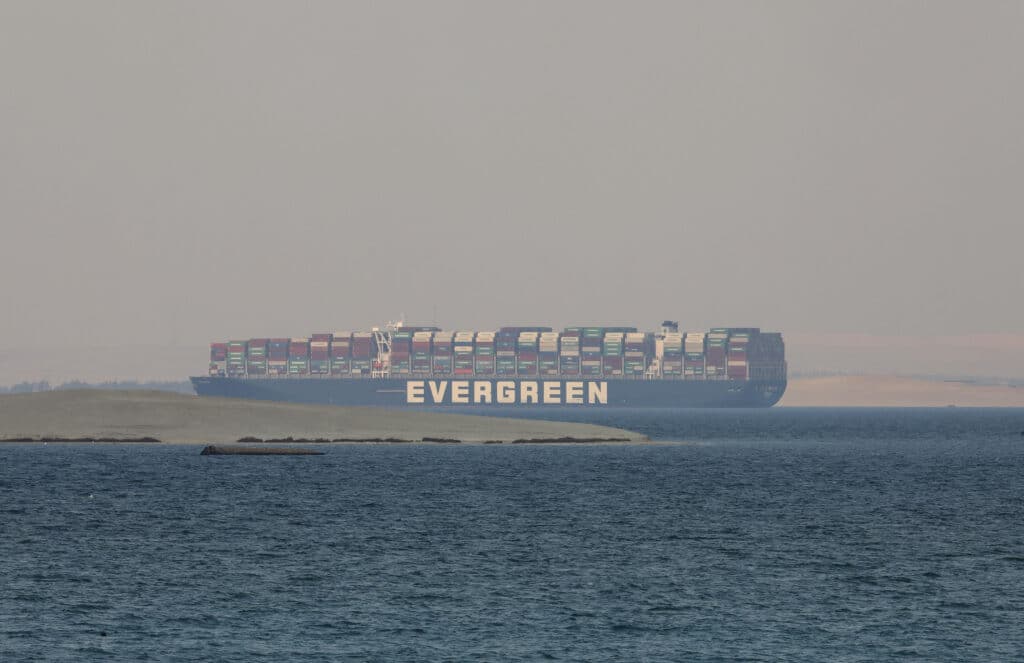 The Suez Canal Authority sued the owner of a ship that was stuck for several days, disrupting trade, but an Egyptian appeals court ruled that it lacked jurisdiction and directed it to a lower court. The Authority wants $550 million. The Associated Press has the story:

CAIRO (AP) — An Egyptian appeals court said Sunday it lacks jurisdiction to look into the Suez Canal Authority’s demands to uphold financial claims that led to the seizure of the cargo ship that blocked the waterway in March.

The authority and the ship’s owner dispute who was at fault when the Ever Given ran aground in the canal linking the Mediterranean Sea and the Red Sea and how much compensation should be paid.

The appeals chamber of the Ismailia Economic Court referred the case to a lower court to decide on the legality of the seizure of the ship until the settlement of compensation claim between the the Suez Canal Authority and Shoei Kisen Kaisha Ltd., the ship’s Japanese owner, according to Hazem Barakat, a lawyer representing the vessel’s owner.

The Ever Given was on its way to the Dutch port of Rotterdam on March 23 when it slammed into the bank of a single-lane stretch of the canal about 6 kilometers (3.7 miles) north of the southern entrance, near the city of Suez.

A massive effort by a flotilla of tugboats, helped by the tides, freed the skyscraper-sized ship six days later, ending the crisis and allowing hundreds of waiting vessels to pass through the canal. The Suez Canal Authority on Sunday revealed for the first time that a salvage boat capsized during the operation, leaving one worker dead.

Since it was freed, the Panama-flagged vessel, which carries cargo between Asia and Europe, has been ordered by authorities to remain in a holding lake mid-canal as its owner and the canal authority try to settle the compensation dispute.

At first, the Suez Canal Authority demanded $916 million in compensation, which was later lowered to $550 million, the head of the canal authority, Lt. Gen. Osama Rabie, said in comments on a television program on Sunday.

The money would cover the salvage operation, costs of stalled canal traffic and lost transit fees for the week the Ever Given blocked the canal.

The ship’s technical management company, Bernard Schulte Shipmanagement, said in April the Suez Canal Authority had not provided a detailed justification for the compensation claim, calling it “extraordinarily large.”

The Suez Canal Authority said it provided documents detailing the compensation amount. It did not provide additional details.

Barakat, the lawyer, said the next court hearing on the case will take place on May 29.

In a separate lawsuit, the appeals chamber rejected Shoei Kisen Kaisha Ltd.’s appeal against a lower court decision to bound the vessel until solving the financial dispute.

Evergreen Marine Corp., a major Taiwan-based shipping company that operates the ship, had said the Ever Given had been overcome by strong winds as it entered the canal from the Red Sea.

Barakat said the Voyage Data Recorder, also known as a vessel’s black box, had recorded a debate between canal pilots and its control center over whether it should be allowed to transit the canal. Two pilots from the canal authority were aboard the vessel to guide it when the grounding happened.

Barakat also confirmed that the vessel’s owners, had, for their part, demanded $100,000 in initial compensation for losses related to its seizure.

The canal has repeatedly denied wrongdoings. It said in a statement Sunday that that while its pilots typically board ships to guide them through the waterway, the ship’s captain retains ultimate authority over the vessel and that the pilots’ role is an advisory one.

The six-day blockage disrupted global shipping. Hundreds of ships waited in place for the canal to be unblocked, while some ships were forced to take the much longer route around the Cape of Good Hope at Africa’s southern tip, requiring additional fuel and other costs.