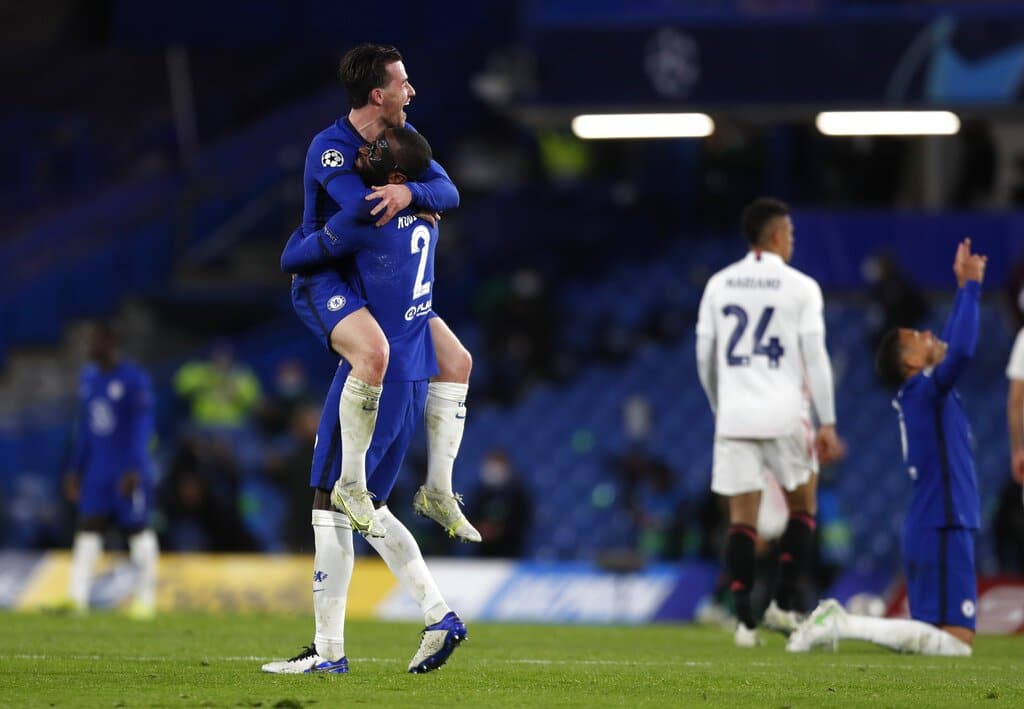 The effort by European soccer to teams to form a league more like U.S. teams called Super League has fizzled, and now the rebel clubs are facing the consequences. Nine of the defecting clubs have agreed to accept millions of dollars in fines in order to continue with UEFA, and three may be banned altogether after not agreeing to a truce. The Associated Press has the story:

UEFA takes back teams who failed to create a Super League, but only with massive fines

Only nine of the 12 European clubs who launched an ill-fated bid to form a Super League have agreed to a peace deal with UEFA and accepted being fined millions of dollars.

The remaining trio of rebels are at risk of being banned from the Champions League for not renouncing the breakaway. Barcelona, Real Madrid and Juventus have refused to approve what UEFA on Friday called “reintegration measures,” and they will be referred to UEFA disciplinary bodies for sanctions after backing the new largely closed competition.

The Super League project imploded three weeks ago after the English clubs — Arsenal, Chelsea, Liverpool, Manchester United, Manchester City and Tottenham — backed out inside 48 hours after a backlash from the fans and British government.

The Premier League clubs along with Atletico Madrid, AC Milan and Inter Milan have officially signed up to a settlement with UEFA to participate only in the existing open European competitions and accepted giving up 5% of revenue for the next season they play in a European competition. Teams from England and Spain reaching the final can earn more than 100 million pounds ($122 million), meaning 5 million euros would be sacrificed.

The nine clubs will also make a combined payment of 15 million euros for what UEFA called a “gesture of goodwill” to benefit children, youth and grassroots football.

“The measures announced are significant, but none of the financial penalties will be retained by UEFA,” said Aleksander Čeferin, the UEFA president. “They will all be reinvested into youth and grassroots football in local communities across Europe, including the UK. These clubs recognised their mistakes quickly and have taken action to demonstrate their contrition and future commitment to European football.

“The same cannot be said for the clubs that remain involved in the so-called ‘Super League,’ and UEFA will deal with those clubs subsequently.”

Ceferin previously told The Associated Press that the clubs refusing to renege on the Super League could be banned from UEFA’s competitions.

The 12 clubs were dubbed the “dirty dozen” by Ceferin in a heated period when he fought to prevent the clubs launching a competition that would lock in 15 places for teams for more than two decades, rather than having to qualify through annual domestic league placings as is required for the Champions League.

The nine clubs to sign up to UEFA’s “club commitment declaration” will rejoin the European Club Association, which they quit on May 18 when the Super League was announced, and they will terminate their legal involvement with the company.

The English clubs could yet face separate sanctions from the Premier League and Football Association which is investigating their attempt to split from the established structure. UEFA indicated a desire for the agreement to settle with UEFA to serve as mitigation when domestic punishments are assessed.

UEFA said at the request of clubs it “will ask and support that due consideration be given by their respective national associations and national leagues to the spirit, content and purpose of the commitments given by the clubs to UEFA.”

English clubs are trying to regain the trust of fans after infuriating them by trying to join the Super League without consulting them.

After protests at Old Trafford forced the postponement of Manchester United’s Premier League game against Liverpool on Sunday, co-owner Joel Glazer on Friday showed a level of contrition never seen in the 16 years of his family owning the club.

Glazer pledged to accelerate discussions with fans about fans being able to have a greater say in United, which is listed on the New York Stock Exchange, but the family controls the shares with the key voting rights.

“One of the clearest lessons of the past few weeks is the need for us to become better listeners,” Glazer wrote to the Manchester United Supporters’ Trust which he has previously declined to talk to. “To this end, I can commit the club will engage across all of the issues raised.”

The Manchester United Supporters’ Trust, which boasts more than 200,000 members, responded cautiously to the letter, saying the commitments could represent “in theory only” a change in the right direction by the family which also owns the NFL’s Tampa Bay Buccaneers.

“We will, however, determine our position based on the resulting actions rather than these words alone,” the trust said in a statement. “We have seen empty words too many times previously.”

The complaints by United fans are about the Glazers loading debt onto the club and not investing sufficiently in upgrading Old Trafford.

While Chelsea fans still back Russian billionaire owner Roman Abramovich, they protested against the Super League project. Chelsea this week pledged to allow fans to be represented in board meetings to bring them into the decision-making process.