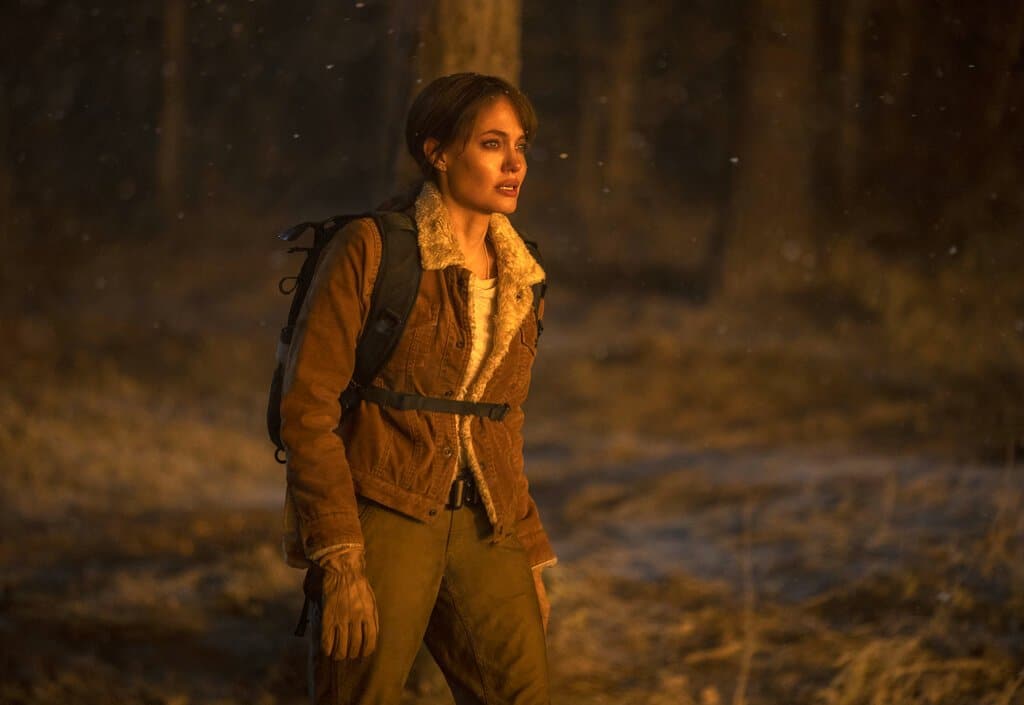 The popular film star Angelina Jolie hasn’t starred in many movies in recent years. But director Taylor Sheridan knew he could get her to agree to star in his thriller “Those Who Wish Me Dead” and he was right. The Associated Press has the story:

‘Those Who Wish Me Dead’ director convinces Angelina Jolie to act in it, despite her scant acting appearances in recent years

NEW YORK (AP) — Taylor Sheridan, initially brought on to rewrite the mountain thriller “Those Who Wish Me Dead,” gradually got more invested in the movie. When another filmmaker dropped out, he called the studio with an offer.

“I said if I can get Angie to do this with me, I’ll direct it for you,” Sheridan says. “They said, ‘Great. You’ll never get Angie.’”

The skepticism on the part of Warner Bros. executives was warranted. Angelina Jolie, whose priorities have centered on filmmaking, international work and family, hasn’t starred in a live-action film in six years. Over the last decade, her only leading performances have been two “Maleficent” movies and “By the Sea,” which she directed and starred in alongside then-husband Brad Pitt.

But Sheridan’s timing was right. Jolie, going through a painful and protracted divorce, was more interested in a quicker, simpler role on set. And the part of a Montanan smoke jumper haunted by trauma and guilt, was potentially cathartic.

“We all have times in our lives where we are broken. And we grieve and we’re not sure we have anything left in us,” Jolie said in an interview by Zoom from Los Angeles. “I identified more with a part of her that didn’t feel she could do a lot, and hadn’t done this in a long time. To be in this situation and have a director that is both sensitive and aware of the human experience, to go there and to feel it, but also to push you to find your strength and move forward.”

“It was really what I needed at that time,” says Jolie.

“Those Who Wish Me Dead,” which will on May 14 open in theaters and on HBO Max, is an anomaly for other reasons, too. It’s a star-led genre film not based on well-known intellectual property made by a major studio. (The film is based on Michael Koryta’s 2014 book.) Like Sheridan’s previous films —“To Hell or High Water,” “Sicario” (both of which he wrote) and “Wind River” (which Sheridan wrote and directed), it’s a tale of blood and justice across a vast and violent American landscape.

“To sound like a millennial, it’s very on-brand for me,” says Sheridan, chuckling. “But what’s unique is we made this at a studio. This is a studio film and they trusted us to go do this. We made it like a ’70s movie. They promoted it like a ’70s movie. The biggest 21st century element is the fact that you’ll be able to stream it or go to the theater.”

In “Those Who Wish Me Dead,” Jolie’s Hannah Faber encounters a 12-year-old boy (Finn Little) in the wilderness who’s fleeing two assassins. It was shot in New Mexico in May and June 2019 — a month after Jolie and Pitt were ruled legally single by a court. (A custody battle over their six children is ongoing.)

Snow was still falling in the mountains. Aside from the natural environs, Sheridan erected a faux forest and set it aflame. Jolie, an action star in “Mr. & Mrs. Smith,” “Salt” and “Lara Croft: Tomb Raider,” performed many of her stunts. Sheridan, accustomed to making films close to the land, had little luxury to offer beyond space heaters in tents and lavish, overbudget craft services. He cheerfully recalls the experience as miserable.

“You know, the character sort of drags Angie through emotional hell, and then I drug her through physical hell,” Sheridan says from a remote lakeside quarantine in Ontario. “That’s how we made the movie.”

“And I loved every minute of it,” Jolie says, smiling.

Jolie will next be seen in Marvel’s “Eternals,” by “Nomadland” director Chloé Zhao — another filmmaker drawn to fresh tales on old American frontiers. It’s been an unexpected break from directing for Jolie, who last helmed 2017’s Cambodian genocide drama “First They Killed My Father.”

“I prefer directing but acting gives me more time at home,” says Jolie. “It’s less of a commitment.”

Yet, if anything, the chances of such performances are getting slimmer. The pandemic, says the 45-year-old Jolie, has been a time of reevaluation — and movies are a diminishing priority.

“I was kind of spending more time at home regardless because of different family reasons. But if I was before spending half my time on my international work, I think I’ll now be spending 80% of my time on this other work. I’ll be doing less film work. Not quitting anything but a lot less,” says Jolie. “I’ve mentally shifting into a different time in my life.”

Jolie has been a special envoy to the United Nations High Commissioner for Refugees since 2012. She applauds President Joe Biden’s recent expansion of U.S. refugee admissions but sees a global crisis only worsening, especially as countries struggling from the pandemic pull back on foreign aid.

“In the last decade, we saw numbers double. We’re looking at 80 million displaced people. A lot of those people are displaced because of the climate and the way that’s changing, and that’s going to keep changing,” says Jolie. “If we don’t take it seriously, we’re going to see a complete breakdown of some many things for so many people. Or this can be the turning point where we all pull together.”

In juggling global inequity and personal turmoil, it’s easy to see how the straightforward, physical demands of “Those Who Wish Me Dead” would appeal to Jolie.

“I like characters whose physical journey parallels the emotional journey they’re going through,” says Sheridan. “She was game. It was cold. I’d be like, ‘Get in the river’ and she’d be like, ‘OK, I’m getting in the river.’”