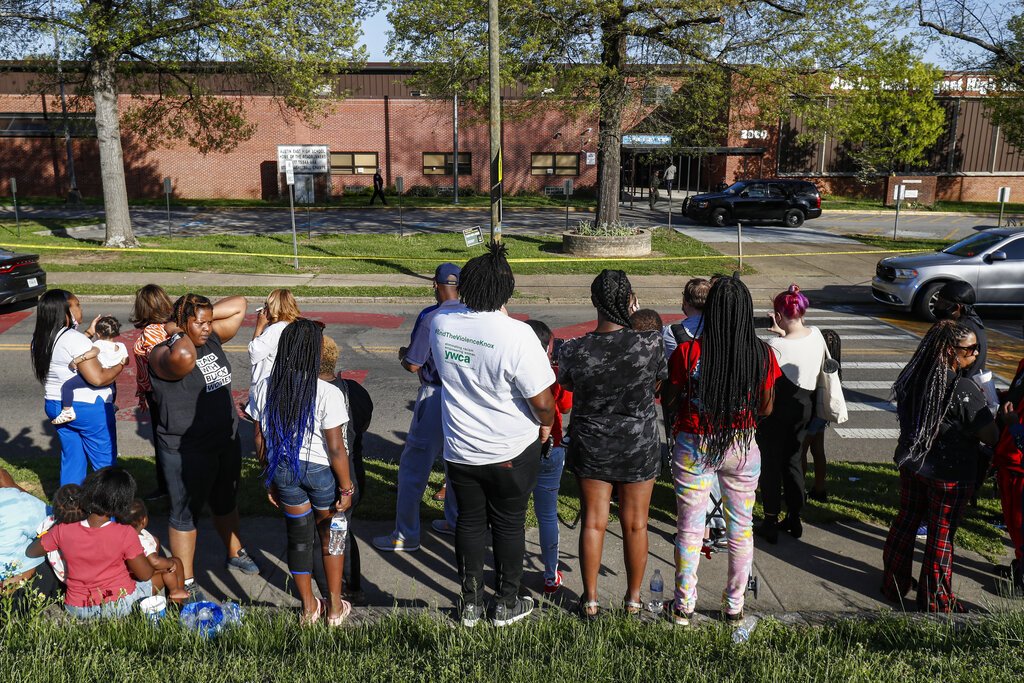 After being shot in the leg by a student, Knoxville Police Officer Adam Willson is now out of surgery and recovering. A high school student opened fire on officers at a school in Knoxville on Monday, and was fatally shot by police. The Associated Press has the story:

(AP) A police officer wounded in a shooting at a Tennessee high school is a 20-year veteran of the force who worked at the school, authorities said Tuesday.

Knoxville Police Officer Adam Willson was recovering from surgery after being shot in the upper leg at Austin-East Magnet High School on Monday, the department said on Twitter. The school was closed Tuesday and will be closed Wednesday as a state police investigation unfolds.

Willson, a school resource officer, was wounded when a student opened fire on officers responding to a report of a possible gunman at the school about 15 minutes before its 3:30 p.m. dismissal, Tennessee Bureau of Investigation Director David B. Rausch said at a news conference late Monday.

Willson is expected to recover and no one else was hurt.

It wasn’t yet clear why the student brought a gun to school or why he fired at officers. It was also not clear if Willson was the officer who shot the student.

“We are grateful for the well wishes,” Knoxville police said in the tweet identifying Willson.

The shooting is the latest blow to a community still reeling from off-campus gun violence that has left three other students from the high school dead this year. Faith leaders organized a prayer meeting Tuesday in Knoxville, which is about 180 miles (290 kilometers) east of Nashville, to discuss gun violence.

It comes as more classrooms reopen to students after months of remote learning during the coronavirus pandemic, which decreased the number of mass killings in the U.S. The nation has seen series of mass shootings in recent weeks, including eight people killed at three Atlanta-area massage businesses on March 16 and 10 people killed at Colorado supermarket on March 22.

State Rep. Sam McKenzie, who represents the Knoxville district and went to Austin-East, said in a statement: “I am at a loss to describe my sadness as yet another horrific act of gun violence has happened in my community,” urging people to “reclaim the sanctity of our beloved neighborhood.”

“This is the fourth unnecessary shooting involving the Austin East community this year and we must make sure we take every step and make every effort to prevent these tragedies from continuing to occur,” McKenzie’s statement released Monday said.

Gov. Bill Lee mentioned the shooting at a Monday news conference. Last week, the Republican governor signed legislation that will make Tennessee the latest state to allow most adults 21 and older to carry handguns — openly or concealed — without first clearing a background check and training.

Lee backed the legislation over objections from law enforcement groups, who argued that the state’s existing permit system provided an important safeguard for knowing who should or shouldn’t be carrying a gun.

When asked earlier this year whether recent mass shootings gave him any concerns about timing, Lee said the increased penalties mean that “we in fact will be strengthening laws that would help prevent gun crimes in the future.”