The Abraham Accords: Morocco-Israel on Cybersecurity

Bonnie Glick
3 posts
A Senior Advisor at the Center for Strategic and International Studies and a Fellow in Harvard University’s Institute of Politics. She served as the Deputy Administrator and Chief Operating Officer of the US Agency for International Development. 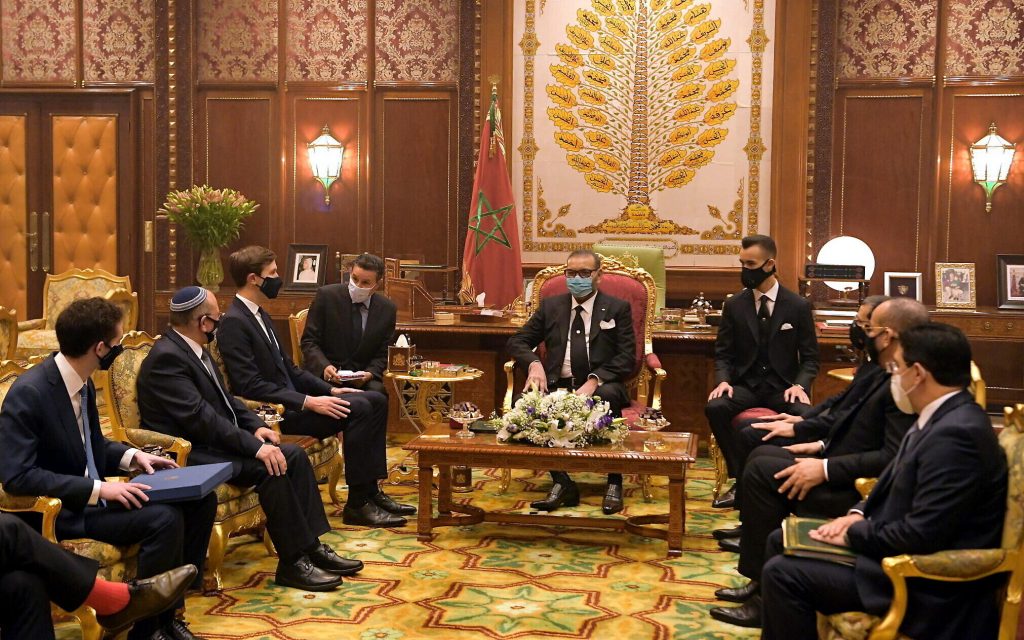 The Abraham Accords: Morocco-Israel on Cybersecurity

Just over a week ago, the Kingdom of Morocco signed a Cooperation Agreement with the State of Israel around cybersecurity.  This event was, of course, a natural outcome of Morocco’s normalization of relations with the Jewish state through the signing of the Abraham Accords: two countries, at peace, are eager to cooperate in a variety of new areas that, prior to the signing, had been closed off.  Of course.

But what does the presence of Israel’s Director General of the National Cyber Directorate’s signature alongside that of Morocco’s cyber chief signify?  The Israeli DG Yigal Unna’s meeting in Rabat with Defense Minister Abdelatif Loudiyi and with his cybersecurity counterpart General El Mostafa Rabii demonstrates concretely the warming of ties between two countries with extensive cultural connections. The fact that the first such Government-to-Government cooperation agreement was signed in one of the most sensitive sectors also opens the floodgates to engagement at every level of government, business, academia, and society.

To leaders around the world, Israel represents the Start Up Nation. Israel is the country widely recognized for achieving miraculous success in leveraging technology into sectors such as health, agriculture, logistics, transportation, 3-D printing, fintech, and any other technology-enabled sector one can dream of. Because of the Abraham Accords, the Kingdom of Morocco now has access to life-changing, globe-changing technologies just as countries like Singapore, America, and Brazil do (as well as every other country that benefits from strong relations with Israel).

The Abraham Accords are about more than peace between former adversaries. The Abraham Accords are about engagement.  The key to the success of the Accords will not be driven by governments, rather the success will be driven by the people of the two countries. As the Moroccan and Israeli people get to know each other, the opportunities for greater economic integration will flourish – the two countries will invest in each other’s business ecosystems, and they will leverage each other’s strengths into mutual economic growth and success. Between Morocco and Israel, however, there is a lot more than just business and financial ties that will link the two countries. The level of personal ties and cultural affinity between Israelis and Moroccans is unlike that of any other Muslim country with whom the Jewish state enjoys relations. One out of every seven Israelis traces his or her roots to the Kingdom of Morocco – that is over 14% of the Israeli population considers him or herself “Moroccan.” And they wear this affiliation proudly – it is reflected in their accents, in their jokes, and, deliciously, in their cooking!

For people like me who trace their family roots to parts of Eastern Europe and the former Soviet Union with which I have zero personal connections and from which there is absolutely no draw to return, even as a tourist, it’s hard to understand the near reverence that Moroccan Israelis have for their cultural roots. In contrast to the Eastern Europe model of non-engagement with countries of origin, there has been regular, low-key travel by Israelis and Jews from around the world to Morocco over the years. Visits are often organized to highlight the traditional “Jewish” sectors of Morocco, many of which remain vibrant today with the country’s 5,000 member-strong Jewish community and over 100 restored synagogues.

With the signing of the Abraham Accords, Morocco watchers expect those numbers to skyrocket. If the model of the UAE is looked at, since Israel and the UAE established direct flights, even during COVID, there have been over 200,000 Israelis who have visited the UAE since October 2020. Morocco and Israel have announced direct flights but, due to COVID, they have not yet materialized. Once they do, the tourism boom driven by Israel will be groundbreaking. Israelis will want to find ways to engage in a lasting manner with their friends, family, and counterparts in Morocco. Business ties will bloom, and people-to-people connections will take root.

When you stop to think for a minute about where these two countries were just one year ago, before the Accords were signed, it’s remarkable to see how far they have come since. The official warming of relations was preceded by decades of cultural affinity. With the doors opened for cooperation and collaboration by leaders in cybersecurity, the sky is now the limit. The signing last week shows that the two governments, on a strategic level, have taken the plunge into cooperation. Cybersecurity is, of course, among the most sensitive areas of collaboration for these two countries. Israel will bring its expertise, recognized worldwide for innovation in the protection of critical infrastructure.  Morocco will be able to work with global experts to ensure the protection of its own critical infrastructure as well as the expansion of its critical industries like mining, logistics, and agriculture.

But beyond critical infrastructure for entities within the government, Morocco’s access to the latest/greatest health technologies developed in Israel will expand and amplify the ways in which the Kingdom provides healthcare across the country with some of the world’s most cutting-edge health deliveries for cancer treatment, diabetes, blindness, etc. Additionally, Israel is famous around the world for having made the desert bloom, for turning a largely arid, dry country into one in which hydroponic tomatoes are everywhere and where there is no water shortage anywhere in the country. In fact, Israel now exports water, including to Jordan, with whom the country signed a peace treaty in 1994.  The possibilities opened by the signing of the Abraham Accords and by the high-level signing of a cooperation agreement in a strategic sector are virtually endless. The benefits that each country will realize will be felt across governments, across businesses, across the tourism industry, and, perhaps most significantly, across kitchen tables, where individuals will meet, will eat, and will realize that their ties are long, deep, and worth exploring. More By The Author