Tokyo Olympics about to start — but pandemic surging 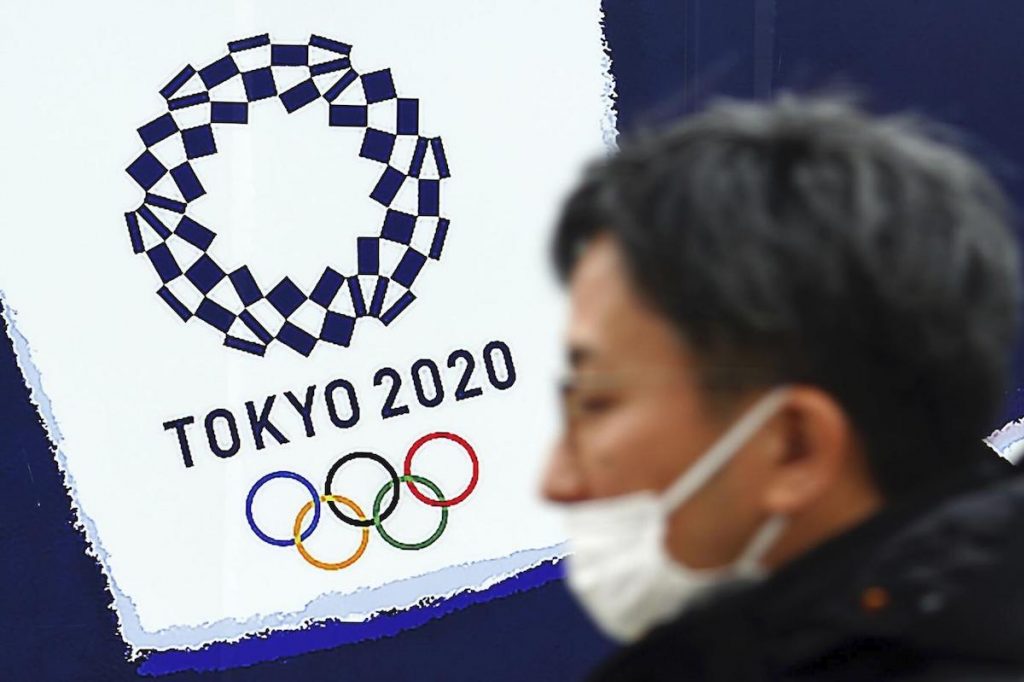 Questions remain how Tokyo is going to handle hosting the Olympics in less than three months considering COVID-19 is surging in Japan. Polls show 70-80% of people in Japan think the Olympics should not be held. The Associated Press has the story:

Olympics going ahead in Japan, despite objections by 70-80% of Japanese

TOKYO (AP) — The Tokyo Olympics open in under three months and there are still more questions than answers despite the rollout Wednesday of new rule books to explain how the games will take place in the middle of a surging pandemic in Japan.

The 60-page, second version of the “Playbooks” for athletes was released by the International Olympic Committee and the the local organizers. Versions for other non-athlete groups are to be released later. And a third version will come out in June, just weeks before the Olympics open on July 23.

More testing for everyone was the key highlight on Wednesday:

— All participants will have to pass two COVID-19 tests before leaving their home country. And they will be tested upon arrival in Japan.

— Athletes will be tested daily, as will those in close proximity to athletes.

— Other games participants will be tested daily for the first three days, and then as required.

— All games participants must use dedicated vehicles and avoid public transportation for the first 14 days.

— Games participants must eat only in specified locations, including catering facilities at games venues. Athletes will be dining in the Athletes Village, which will be an isolated “bubble.”

— Game participants will avoid a 14-day quarantine rule for entering Japan, but to do so they must fill out a schedule listing their plans for that period, and also download a tracking app.

— A decision about capacity at the venues will be made in June. Fans from abroad were banned several months ago.

“We are in a very tense situation,” Tokyo organizing committee president Seiko Hashimoto said after an online meeting with the IOC. “A full stadium is possible depending on the situation. So is 50%, 20,000, 10,000, 5,000 and no spectators. Those are the ranges. While we are prepared as the last possible option to have the games with no spectators — since we have the current situation under the state of emergency — we have hope that fans are possible.”

Athletes will also have to sign a promise they will follow the rules in Playbook. This will apply to athletes and participants with vaccines as well as those without vaccines.

“There will be a written pledge and if that is not complied with, there will be a certain level of penalty,” said Toshiro Muto, the CEO of the organizing committee. “We expect that these people will comply with the rules because Playbooks are the rules.”

He did not specify a penalty, but the loss of a credential and expulsion was hinted at.

IOC President Thomas Bach offered his own take on enforcement.

“We will strictly enforce these rules and will take care of the full compliance by all participants,” he said. “If the situation should require it, we are also ready to take even stricter measures.”

The timing of the second edition of the Playbooks is not ideal.

Tokyo, Osaka and several others areas came under a third state of emergency this week, and the death toll in Japan from COVID-19 has passed 10,000. The numbers are good by global standards, but poor compared with other places in Asia, such as Taiwan, Vietnam, Thailand or South Korea.

Tokyo recorded more than 900 new cases on Wednesday, its highest level in three months as new variants are popping up in the country.

The state of emergency has closed department stores, theme parks, and bars and restaurants serving alcohol. It also has forced baseball games to be played in empty stadiums after having allowed fans for much of the pandemic.

Polls consistently show 70-80% of people in Japan think the Olympics should not be held.

“Can you really take the time for another postponement?” Muto asked rhetorically. “It’s not just a matter of taking the time, the organizers would have to prepare once again after having already spent years to prepare. It is not something that can be done that casually.”

He of course quashed the idea, pointing out the importance of athletes and the impossibility of securing the Athletes Village, which is a massive housing project on Tokyo Bay that has already been partially sold off.

British Medical Journal: Olympics are still neither ‘safe nor secure’

The British Medical Journal earlier this month, under an editorial titled “Reconsider this Summer’s Olympic and Paralympic Games,” said mass gatherings such as the Olympics are still neither “safe nor secure.”

The editorial read in part: “Holding Tokyo 2020 for domestic political and economic purposes — ignoring scientific and moral imperatives — is contradictory to Japan’s commitment to global health and human security.”

Only 1% of the Japanese population has been vaccinated and that number will still be small when the Olympics open. So far, officials say Japanese athletes have not been vaccinated.

This contrasts with many of the 15,000 Olympic and Paralympic athletes entering Japan who — encouraged by the IOC — will have shots. As will thousands of judges, officials, sponsors, media and broadcasters.

Though vaccines are now available, the strategy for the Olympics is geared around holding the games in a “bubble” as if there were no vaccines.

Muto said this week that 500 nurses were being requested for the games. Japanese television TBS on Tuesday, without citing a source, said organizers had contacted 30 hospitals to care for athletes who fall ill. Nurses groups online immediately questioned their availability, or being moved around like pawns.

Bach is expected to be in Hiroshima on May 17 to greet the torch relay, although he said last week his plans were still tentative.

Bach’s arrival would come just days after the latest state of emergency ends on May 11. Opposition lawmakers in Japan’s national legislature have suggested Prime Minister Yoshihide Suga scheduled the state of emergency to accommodate Bach.