US and Russia feuding over Arctic shipping 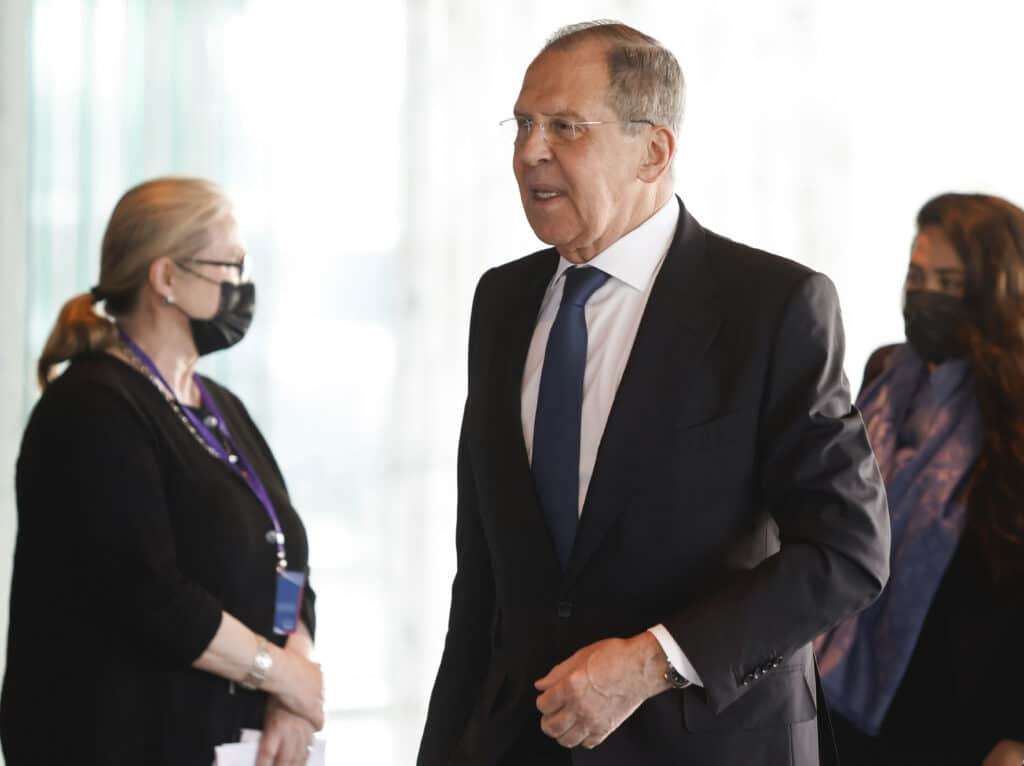 The Biden administration is clashing with Russia over Russian attempts to control shipping in the Arctic. The U.S. and its allies prefer a multi-nation approach in dealing with the area, whereas Russian President Vladimir Putin wants control. The Associated Press has the story:

REYKJAVIK. Iceland (AP) — The Biden administration is leading a campaign against Russian attempts to assert authority over Arctic shipping and reintroduce a military dimension to discussions over international activity in the area.

As Russia assumed the rotating chairmanship of the Arctic Council on Thursday, the U.S. rallied other members to oppose Moscow’s plans to set maritime rules in the Northern Sea Route, which runs from Norway to Alaska, and its desire to resume high-level military talks within the eight-nation bloc. Those talks were suspended in 2014 over Russia’s actions in Ukraine.

The effort reflects growing concerns in Washington and among some NATO allies about a surge in Russian military and commercial activity in the region that is rapidly opening up due to the effects of climate change. Russia has expressed similar suspicion about NATO’s motives.

At a meeting of Arctic Council foreign ministers in Reykjavik, the capital of Iceland, U.S. Secretary of State Antony Blinken said the group should maintain its focus on peaceful cooperation on environmental issues, maritime safety and the well-being of indigenous people in the region.

Blinken left Iceland after the meeting to deliver the same message in Greenland, which attracted international attention when former President Donald Trump expressed interest in buying the world’s largest island from Denmark and later cancelled a state visit to Copenhagen when his interest was widely mocked and rejected by the Danes and Greenlanders alike.

Asked whether the Biden administration had dropped Trump’s interest in the purchase of Greenland, Blinken replied: “I can confirm that is correct.” At the same time, Blinken lauded the re-establishment of a U.S. consulate in the Greenlandic capital of Nuuk and said the administration hoped to boost cooperation with island on a variety of fronts starting with climate change.

Earlier Thursday in Iceland, Blinken told his counterparts that “the Arctic is a region for strategic competition that has seized the world’s attention. But the Arctic is more than a strategically or economically significant region. It’s home to our people, its hallmark has been and must remain peaceful cooperation. It’s our responsibility to protect that peaceful cooperation and to build on it.”

Blinken stressed the importance of upholding “effective governance and the rule of law” to ensure that the “Arctic remains a region free of conflict where countries act responsibly.” He had previously questioned the legality of the proposed Russian maritime rules and expressed deep reservations about Russia’s military activity in the far North.

Several other foreign ministers, including those from Canada, Iceland, Finland, Norway and Sweden, echoed Blinken’s call to keep the Arctic peaceful and free of conflict under the authority of international, rather than that of individual countries. Representatives of indigenous Arctic populations urged that their voices be heard.

“We are concerned over the level of recent angry and provocative rhetoric,” said James Stotts of the Inuit Circumpolar Council. “We do not want to see our homeland turned into a region of competition and conflict.”

Russian Foreign Minister Sergey Lavrov, who had earlier this week dismissed the U.S. criticism because the Arctic “is our territory, our land,” questioned NATO’s motives in deployments of bombers and submarines to the area. On Thursday, he said resumption of an Arctic Council military dialogue would contribute to stability.

“It is therefore important to extend the positive relations we have within the Arctic Council to encompass the military sphere as well, first of all by revitalizing multilateral dialogue on military issues between the general staffs of the Arctic states,” Lavrov said.

He said later at a new conference that resuming that dialogue would be a priority for Russia while it heads the council.

“We have not received any ‘no’s’ so far but we have not received any positive reaction, either,” Lavrov said. “So we have decided that within the next three years we will create the proper conditions so that this particular aspect of common security will once again be part of the work of the Arctic Council.”

The outgoing council chair, Foreign Minister Gudlaugur Thor Thordarson, of Iceland, did not appear enthusiastic. “Everything that we can do as nations to lower tension and see stability is something that, of course, should be looked into very positively, but I think it’s important to keep the council as it is,” he said.

Lavrov also cast aspersions on NATO and the U.S., which he accused of acting with arrogance toward Russia and its security concerns. He took particular aim at Norway, which he said was amending its laws on foreign military presence to allow for the constant rotation of military equipment and personnel.

“We’re especially concerned about what is going on close to our borders and Norway is indeed a very close neighbor of ours,” he said. “We have very good relations with Norway. Nevertheless, the issues related to heightened military tensions due to military deployments in Norway and in the Baltics are still very present.”

He called the rotational presence a “play on words” to describe what is actually a permanent presence. “This is not the first demonstration of this highbrow approach that our Western colleagues are now taking in the international arena,” he said. “We are going to undertake necessary measures in order to ensure our security, but our priority and our preference really is dialogue.”

Lavrov also proposed a summit of Arctic Council leaders to be held at some point during Russia’s two-year chairmanship and said Moscow is keen to foster cooperation.

“We encourage you to maintain and seek consensus in the council to continue constructive cooperation,” Swedish Foreign Minister Ann Linde told Lavrov.