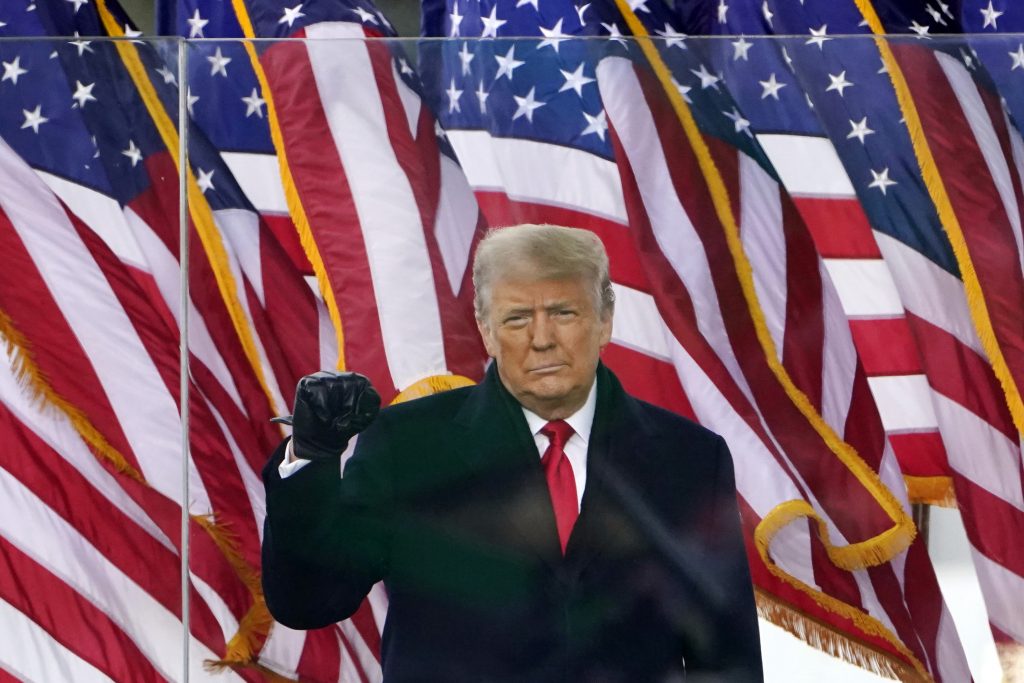 Facebook has six months to decide what it will do with Trump’s current ban. Its quasi-independent oversight board has asked it to decide within that time whether to make the ban permanent or to set a specific length for the ban. What do users, politicians, regulators, shareholders and advertisers think? The Associated Press has the story:

(AP) Suppose you were Mark Zuckerberg, recently ordered by an advisory board to decide how long former President Donald Trump should stay banned from Facebook. How do you make that decision without alienating key constituencies — advertisers, shareholders, users, lawmakers and others — while staying true to your own sense of what Facebook should be?

It’s a hypothetical exercise, but one that illustrates the high-wire act Facebook’s leadership now has to pull off.

Facebook’s quasi-independent oversight board last week said the company was justified in suspending Trump because of his role in inciting deadly violence at the U.S. Capitol on Jan. 6. But it told Facebook to specify how long the suspension would last, saying that its “indefinite” ban on the former president was unreasonable.

Related: Facebook To Leave Up Posts Saying COVID-19 Is Manmade

The ruling, which gives Facebook six months to comply, effectively postpones any possible Trump reinstatement and puts the onus for that decision squarely back on the company — the exact scenario Zuckerberg was likely trying to avoid in the first place.

For years, he and other Facebook executives have insisted that Facebook should not be the “arbiter of truth” and that as a tech company it shouldn’t be making decisions on thorny societal matters such as free speech. Zuckerberg has stated publicly numerous times that he supports government regulation, although the rules Facebook wants aren’t always the same as those regulators might seek.

The company said this week it has no updates on its plans for Trump’s accounts beyond what it said last week, when it said it will review the board’s decision and “determine an action that is clear and proportionate.” It plans to respond to the board’s recommendations within 30 days of the decision.

Here are some of the constituents that could have strong and wildly different reactions to Facebook’s ultimate decision.

Facebook has more than 2.7 billion users worldwide — most of them outside of the U.S. For most, Trump’s presence or absence on the platform is unlikely to greatly influence whether they should stay or they should go. Most people remain on Facebook even if they’re not entirely happy with it, studies show.

While some users are leaving Facebook — often citing the toxicity of political conversations and the platform’s broader actions against hate speech and misinformation — enough are staying (and joining) for the company to report rising user numbers quarter after quarter. For those who’ve left, even a decision to keep Trump off the platform forever is unlikely to make a difference.

While many Americans might look to Facebook’s final decision as a “thumbs up” or “thumbs down” on Trump, the approach the company takes could also affect its relationship with users around the world and their local and national political leaders, said David Kaye, a former United Nations special rapporteur on free speech.

“What kind of platform does Facebook want to present to the world?” asked Kaye, now a law professor at the University of California at Irvine. “A platform that cares about its users, cares about offline harm, and devotes resources to solving problems about offline harm? Or do they want to be known as the place that facilitates ethnic cleansing?”

Whatever Facebook decides will probably enrage one side of the political aisle.

That could be even messier if Trump decides to run for president again in 2024, since he’d once again be a major political figure. Facebook isn’t bound by the U.S. First Amendment, which prevents the government from muzzling free speech, so it can technically do whatever it wants under its rules. But a private company banning a major party candidate from its service could be complicated and might invite further scrutiny from antitrust enforcers over its power.

Of course, Twitter banned Trump permanently without a backward glance, and it’s still standing. Its shares, which briefly dipped after it announced the Trump ban in January, have since recovered. But a permanent silencing of the former president on Facebook would still anger Trump and his supporters.

Since before Trump was even elected, a vocal and growing set of conservative politicians have pushed the narrative, with no proof, that Facebook and other tech companies are biased against conservatives. A permanent ban would further cement this belief, possibly pushing sympathetic users to other, smaller platforms.

On the other hand, allowing Trump on Facebook again could fuel the push by some civil rights advocates to seek stricter rules against harmful misinformation — perhaps in ways that could hurt Facebook’s business model, which thrives on any kind of engagement.

Facebook holds so much sway over how online advertisers reach consumers that whether Trump is on or off the platform is unlikely to matter much to them, said Cathy Taylor, of the London-based World Advertising Research Center.

“There’s not many places for them to go to spend their ad dollars,” she said. “They kind of are backed into being on Facebook whether they like it or not.”

Taylor said major marketers did get the company’s attention last summer when they launched a boycott pushing Facebook to take a stronger stand against hate speech, but those big brands — from Starbucks to Unilever — still accounted for less than 1% of Facebook’s revenue in the U.S.

The company’s stock is trading close to last week’s record high, despite some skittishness due to regulatory pressure on Facebook’s plans for an Instagram aimed at children. Its advertising revenue is soaring, thanks in large part to a boost in online ads during the pandemic. Revenue grew 48% to $26.17 billion in the first three months of this year — a pace more typical for startups than for massive global corporations.

And as long as Facebook profits from advertising spending, the company’s shareholders will stay happy, too.

“Facebook in particular has tons of small and mid-sized businesses that don’t even enter into these big political conversations,” Taylor said. “There’s no sign that anything is changing with these social media sites based on whether or not Donald Trump is on the platform.”

By BARBARA ORTUTAY and MATT O’BRIEN