Who are America’s friends in the Arab world? 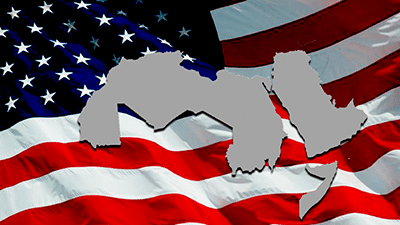 The key thing to understand about international relations is that it is based on interests first, and interests alone determine the alliances of countries and govern their relations. However, this condition remains subject to human ties that are formed between the peoples of many countries; these relations turn into coherence and homogeneity, sometimes culminating in a common cultural balance among the peoples of these countries. If we examine the relations of the U.S. with the Arab world, we will find that they are based on the interest of the benefit these countries gain from the American scientific, military and economic progress.

But the American citizen today wonders about the usefulness of these alliances and whether they benefit him and his country first? A large percentage of Americans believe that meeting their needs should come in first place, before thinking about the fate of the citizens of foreign countries. Citizens in America need health care, a strong educational system and a solid infrastructure, all of which are areas that suffer from a shortage, while taxpayer money goes to foreign causes. The foreign aid has nothing to do with them.

This is because the views of American politicians differs from that of public opinion. Decision makers in Washington consider the aid that America provides to the Arab world, for example, as part of a long-term strategy aimed at consolidating friendly relations with these countries and building a system of alliances through which America protects its commercial, energy and strategic interests.

Although America succeeded in establishing good relations with many leaders in the Arab countries, it failed to erase its image as a non-neutral country in its policies toward the Palestinian-Israeli conflict. While our financial and military aid goes to these peoples, we see some of them raising the slogan “Death to America” publicly and in full view of our embassies.

In order to understand the kind of friendships that link our country with the Arab world, it is necessary to ask the following question:

Who are our friends in the Arab world?

Countries such as France, England and Spain were linked to the Arab world through colonial periods, during which they were able to establish a foothold in these colonies. The U.S. did not go through the experience of direct colonialism. The cooperation and relations between the Arab countries and America often developed as an escape from dependency on the colonial powers, whose importance declined after World War II when the world was divided into two camps: a capitalist Western and a communist Eastern bloc.

The relations of Arab countries with the U.S. are divided into three categories:

This is the category that includes our relations with countries that have historically chosen to be on the side of the U.S. Countries whose joining the American camp was an explicit choice during the Cold War, and who supported American positions in all international forums.

The Kingdom of Morocco is at the top of the list of these countries. Many Americans do not know that Morocco was the first country in the world to recognize the independence of America in 1777, and the relations of the U.S. with Morocco have continued without interruption since then.

Tunisian-American relations are also of utmost importance, as the U.S. was keen to be the first great power to recognize the independence of Tunisia in 1956. Other similar countries include Jordan, the traditional ally of the U.S. in the Middle East, and the Kingdom of Bahrain, with which we have relations that began more than a century ago with the establishment of the American Mission Hospital in Manama in the year 1893.

2. Friendships that are built with financial support or military protection

This group of countries was never at odds with the U.S., but on the other hand they linked their friendship with us based on what we offer them in terms of economic, military and logistical support. Egypt and the Gulf states top the list of these countries. Despite the claim that there are strong friendships with these countries, we’ve see them often diversifying in their alliances between the U.S., the Soviet Union (now Russia) and China in the past 20 years.

The Egyptian example is the clearest evidence of this. The late Egyptian President Anwar Sadat chose to ally with the U.S., expelling Soviet military advisers after Moscow failed to provide sufficient military support to former President Gamal Abdel Nasser’s regime in Egypt’s war against Israel. Egyptian-American relations have remained, to this day, hostage to American financial and military support.

Within this category also are the Gulf states, which are among the largest importers of American weapons and the most demanding of U.S. military and intelligence protection. U.S.-Gulf state relations are not based on cultural, ideological, or even political common denominators. Democracy and political rotation in these countries is non-existent, human rights are undermined, and discrimination against women and minorities is a prevalent feature. What make our relations with the Gulf states beneficial comes down to oil. Nevertheless, these countries remain allies of the United States and support for its policies throughout the world, for the reasons I mentioned.

Over the past six decades, the U.S. has pursued a policy of supporting some Arab regimes that do not have any commercial relations with America and do not provide the West with any services. On the contrary, it is difficult forging relations that can result in condoning expansionist interests or serving ideological agendas that have nothing to do with the idea of the free world.

Primary countries in this category include Sudan (before the revolution), the Syrian military system and the Algerian military system, in addition to Libya during the period of Muammar Gaddafi’s rule. There is also the Palestinian Authority, which, despite the support it receives from American taxpayer money, carries a lot of hostility to the U.S. because of what it considers prejudice on our part towards Israel. Perhaps what brings together the countries that fall into this category (Syria, Sudan, Algeria, Libya) It is that they took the initiative to sever their relations with the U.S. after the 1967 Arab Israeli war.

Finally, we must not forget that the strength of U.S. relations with Arab countries does not come down to the pseudo-close relations that some point to, such as relations due to oil. Our need for Gulf oil is declining, and the world’s change in dependence to clean energy is increasing year by year. Instead, our need for the role of some Arab countries in Africa, such as Egypt and Algeria, began to witness a great change with the emergence of new African economic powers such as Morocco, Ethiopia, Tunisia and Rwanda, which will enrich us in contrast to the countries of the Eastern camp.

We must, then, set new standards in describing our friendships. Financial and military support should not be the primary criterion, because by this we create an illusion and believe in it.