WHO embroiled in sex abuse scandal 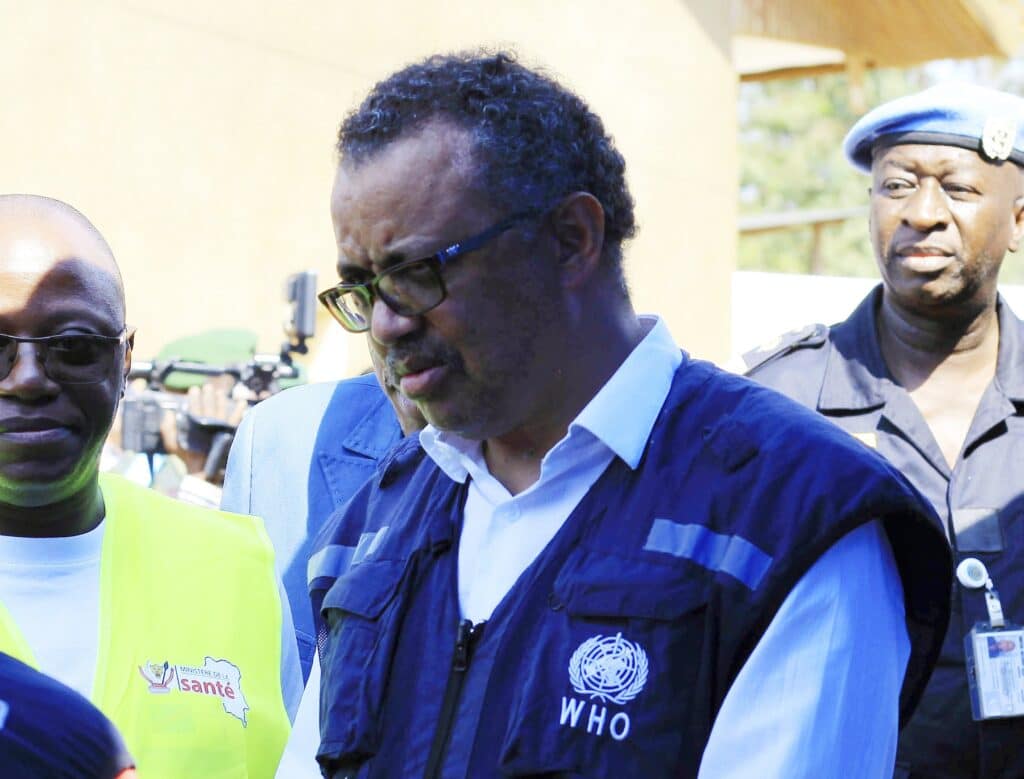 Concerns are arising from diplomats and donors all over the world about multiple sex abuse allegations involving at least two doctors at the World Health Organization. The WHO signed off on an agreement between one of the doctors a woman he allegedly impregnated in Congo, “to protect the integrity and reputation of the organization.” The Associated Press has the story:

Concerns arising about how WHO is handling staff sex abuse allegations

LONDON (AP) — British, European and American diplomats and donors have voiced serious concerns about how the World Health Organization handled sex abuse allegations involving its own staff during an outbreak of Ebola in Congo, as reported this week by The Associated Press.

On Tuesday, the AP published an investigation documenting that senior WHO management was informed of multiple sex abuse allegations involving at least two of its doctors during the epidemic in 2018.

A notarized contract obtained by the AP showed that two WHO staffers signed off on an agreement between WHO’s Dr. Jean-Paul Ngandu and a young woman he allegedly impregnated in Congo. In it, Ngandu promised to pay the young woman money, cover her pregnancy costs and buy her a plot of land. The contract was made “to protect the integrity and reputation of the organization,” Ngandu said.

“The U.K. has a zero tolerance approach when it comes to sexual exploitation and harassment — and that extends to all international organizations that we fund,” said Simon Manley, the U.K.’s ambassador to the U.N. in Geneva. “We are speaking with WHO and other major donors as a matter of urgency to establish the facts.” Britain is WHO’s second biggest donor, after the U.S.

In a statement, the U.S. State Department said more must be done to address sex abuse issues at WHO. Asked about the AP investigation, officials said they were requesting more information about the allegations. “Those responsible for any abuse must be held accountable,” it said.

In Congo, the U.N.’s humanitarian coordinator David McLachlan-Karr said he was determined to punish any humanitarian workers found guilty of sexual misconduct like that detailed in the AP report.

WHO has remained quiet, not commenting

WHO has declined to comment on the specific allegations reported by the AP and said it’s waiting for the results of a panel created last October to investigate sexual abuse during the Congo outbreak involving WHO staffers.

“What’s alarming is that WHO seems to be keeping this abuse quiet and not publicly condemning these allegations,” said Clare Wenham, an assistant professor of global health policy at the London School of Economics. “There’s a lot of talk about giving WHO more money but I don’t think any government should be committing to that until we know it’s an organization we can trust.”

The Bill and Melinda Gates Foundation, the agency’s third-largest funder, said it expects U.N. agencies to conduct thorough investigations into sexual abuse as quickly as possible.

“Our role as a funder is to hold organizations that receive grants from the foundation to the highest standards of transparency and accountability,” the foundation said.

The AP found that one of the doctors accused of sexual harassment, Boubacar Diallo, bragged about his relationship to Tedros, who mentioned Diallo during a speech in January 2019. The AP spoke with three women who said Diallo offered them WHO jobs in exchange for sex; Diallo denied the claims.

“I find it hard to believe Tedros would have known about these allegations and done nothing,” Gostin said. “(He) must meet the highest ethical standards so we must understand what he knew and when he knew it. … Dr. Diallo may have used his relationship with Tedros as leverage in sexual exploitation, but it would not be Tedros’ fault if he wasn’t aware of it.”

Balazs Ujvari, a spokesman for the European Commission, said it would “thoroughly monitor the investigations” by the AP. He said the commission is ready to review or suspend funding “for any partner who is not living up to the required high ethical and professional rules and standards.”

The World Bank said it is “deeply concerned” about the new sex abuse allegations at WHO. The bank paused its negotiations with Congolese authorities for new financing to agencies, including WHO, last year when reports of general sex abuse during the Ebola outbreak surfaced.

“We review our relationship with any organization whose standards are in question,” the World Bank said.

“This should be a lesson to all humanitarian organizations to not abuse innocent women in our region,” he said. “This would show that they are not untouchable.”

Jamey Keaten in Geneva, Matthew Lee in Washington and Al-Hadji Kudra Maliro in Beni, Congo, contributed to this report.