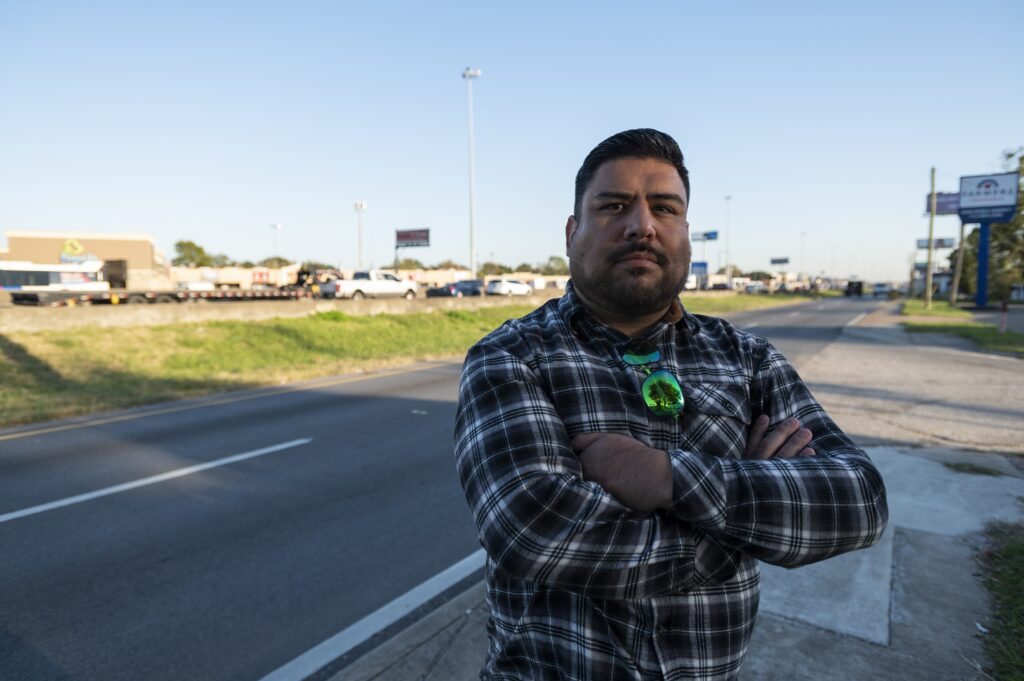 The Biden administration has vowed to address racial inequity with infrastructure projects, and a Houston-area project is currently under the microscope. There are concerns it could subject mostly Black and Latino residents to increased pollution, displacement and flooding while not improving public transportation options. The Associated Press has the story:

HOUSTON (AP) — A $9 billion highway widening project being proposed in the Houston area could become an important test of the Biden administration’s commitment to addressing what it has said is a history of racial inequity with infrastructure projects in the U.S.

The project’s critics, including community groups and some residents, say it won’t improve the area’s traffic woes and would subject mostly Black and Latino residents to increased pollution, displacement and flooding while not improving public transportation options.

The project, which has been in the works for nearly two decades, has remained on hold since March as the Federal Highway Administration reviews civil rights and environmental justice concerns raised about the proposal. Harris County, where Houston is located, has also filed a federal lawsuit alleging state officials ignored the project’s impacts on neighborhoods.

The dispute over the project comes as Transportation Secretary Pete Buttigieg has pledged to make racial equity a top priority at his department.

The impacts of “misguided transportation policy” is something that has “disproportionately happened in Black and brown communities and neighborhoods,” Buttigieg said last December in response to a question from Rodney Ellis, a commissioner in Harris County.

The I-45 project is expected to displace more than 1,000 homes and apartments along with 344 businesses, two schools and five places of worship in mostly Black and Latino neighborhoods.

“It’s very racially unjust,” Molly Cook with Stop TxDOT I-45, one of the community groups opposing the project, said as she stood in a cul-de-sac in north Houston where 10 homes were expected to be torn down because of the widening. “We’re going to spend all this money to make the traffic worse and hurt a lot of people.”

Fabian Ramirez, 40, whose family has lived since the 1960s in a neighborhood near downtown Houston, said if the project goes through, he could be forced to sell property he owns.

“It’s taken my family generations for me to get to this position where I can say, ‘This property right next to downtown is mine.’ And to have (the) government come and take the property away as soon as I obtain it, it’s nerve-wracking,” Ramirez said.

The Texas Department of Transportation, commonly known as TxDOT, and the five members of the Texas Transportation Commission that govern it, have pushed back on claims the project promotes racial inequity. Agency spokesman Bob Kaufman said Tuesday that TxDOT “has worked extensively” with local governments and communities to “develop tangible solutions” to concerns.

“This project cannot be everything that everybody wants or that everybody believes in. However, it can be transformational for the region and the state,” commission member Laura Ryan said during an August meeting.

The commission has said if the federal government does not complete its investigation by the end of this month, it might review at its Dec. 9 meeting whether to pull the project’s state funding.

In a statement Tuesday, the Federal Highway Administration said its review was continuing.

Robert Bullard, a professor of urban planning and environmental policy at Texas Southern University in Houston, believes the I-45 proposal continues a long history of infrastructure projects — including the creation of the Interstate Highway System in the 1950s — that have depreciated wealth in minority neighborhoods through the loss of homes and businesses and exacerbated inequality.

Ines Sigel, interim executive director of LINK Houston, a nonprofit focused on transportation issues that opposes the I-45 expansion, said what the federal government decides in Houston could lead to meaningful changes that improve communities across the country.

“Unless local and state governments start saying we want to change our entire approach, and that highway expansion could be bad for the environment and we want fewer cars, then the Biden administration’s goals will be really difficult to achieve,” said Yonah Freemark, a senior research associate with the Urban Institute, a Washington-based think tank.

Last week, Harris County officials paused their lawsuit against TxDOT in the hope of resolving concerns about the project. The move took some community groups fighting the project by surprise.

But Harris County Judge Lina Hidalgo, the county’s top elected official, said last week that the pause is not an end to the lawsuit and she’s committed to ensuring the project is “forward thinking and … respects the health of the community.”

Bob Harvey, president and CEO of the Greater Houston Partnership, a leading Houston area business group that backs the project, said his organization is optimistic that concerns will be resolved, “ensuring this important project for the Houston region will move forward.”

Roger Panetta, a retired history professor at Fordham University in New York, said those opposing the I-45 project will have an uphill battle, as issues of racism and inequity have been so persistent in highway expansions that it “gets very difficult to dislodge.”

By JUAN A. LOZANO and HOPE YEN

Previous Article
Fully exonerated, what is Kyle Rittenhouse up to next?
Next Article
Morocco Israel: Defense Cooperation and Strategic Alliance