Women who died in Mexican custody had been abused 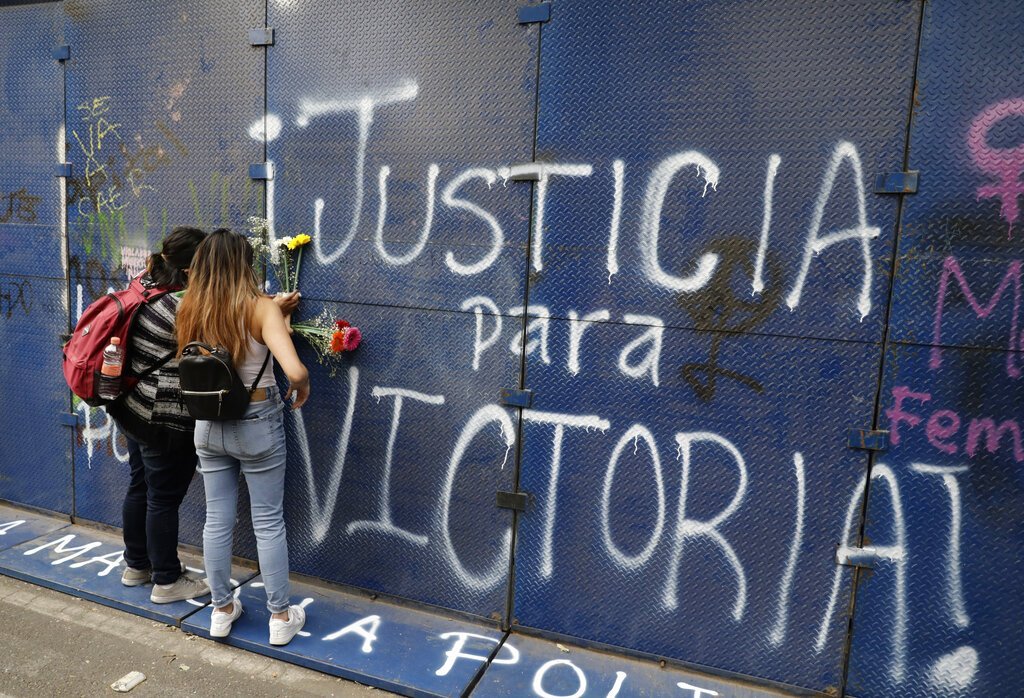 New information has emerged about a Salvadoran woman who died in police custody last weekend. Her partner, who is Mexican, abused her and had sexually abused her daughter. The Associated Press has the story:

Salvadoran woman died after Mexican police knelt on her neck, breaking it

MEXICO CITY (AP) — A Salvadoran woman who died in police custody over the weekend in a Caribbean beach resort had also suffered abuse by her companion, who has been arrested, Mexican authorities said Tuesday.

Quintana Roo state Gov. Carlos Joaquin did not specify whether the abuse allegedly suffered by Victoria Esperanza Salazar was sexual or physical.

He said one of the woman’s two daughters also had been abused and the man was arrested as part of the state government’s effort to ensure justice for Salazar.

Salvadoran President Nayib Bukele wrote in his Twitter account that the arrested man, a Mexican, had sexually abused the daughter.

“Victoria filed a complaint weeks ago and took her daughter to a shelter to protect her,” Bukele wrote. “Unfortunately, nothing was done until now, with Victoria murdered, it is not until now they are following up on the case.”

Salazar died Saturday after a female police officer was seen kneeling on her on a street in the resort of Tulum, and officials have said four officers are being investigated. An autopsy found that the woman’s neck was broken.

Joaquin acknowledged that Salazar’s death “did a lot of damage to Quintana Roo’s image,” but the state’s problems didn’t end there.

Other incidents of violence mar the area lately

Prosecutors said a foreign woman was wounded Tuesday in a bar shooting in Tulum. The prosecutors’ office did not give the woman’s nationality, but did say she had been treated and released from a local hospital. It said a suspect had been detained.

In another case of violence, the governor said that the killing of a woman over the weekend in the resort of Holbox, on the state’s northern coast, “had to do with a sentimental or passion motive,” and that a suspect in that case had also been arrested.

Tulum’s reputation as a laid-back, low-key beach resort unlike Cancún has been marred lately by land disputes, gang activity and increasing development.

The four police officers — three men and a woman — arrested in Salazar’s death had been scheduled to appear in court Tuesday, but prosecutors said the defense asked for an extension until Saturday. All four remain in custody.

Quintana Roo State Prosecutor Oscar Montes de Oca said an autopsy confirmed that Salazar’s broken neck “coincides with submission maneuvers applied to the victim during her detention” and demonstrate a “disproportionate” use of force by police.

The scenes were reminiscent of the death of George Floyd in Minneapolis in 2020. Floyd was declared dead after a white police officer pressed his knee against the Black man’s neck for about nine minutes, holding his position even after Floyd went limp.

Manuel Barradas, owner of a small convenience store in Tulum, said Salazar appeared “off” to him so when she approached his store he barred her entry. Police detained her a short time later.

Authorities made no mention of Salazar being under the influence of anything in discussing the autopsy.

Salazar’s death increased tensions in Quintana Roo, where police used live ammunition to ward off a throng of about 100 demonstrators in Cancun in November.