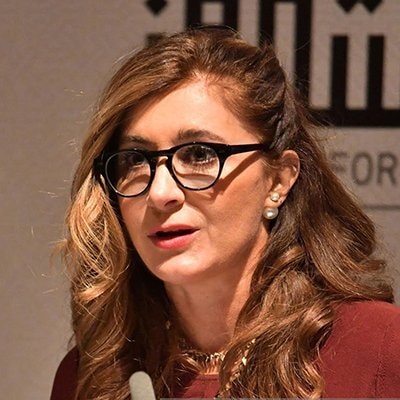 Ten years after the Arab Spring, authoritarian regimes are expanding their grip on power and human rights violations are on the rise. Counter revolution and deep states’ iron fist to suppress calls for democratic transition in the Arab world was backed by Saudi Arabia and the UAE.

Democracy for the Arab World Now (DAWN) is a nonprofit US-based organization that promotes democracy, the rule of law, and human rights for all the peoples of the Middle East and North Africa (MENA).

NewsLooks interviewed Sarah Leah Whiston, the Executive Director of the organization to get her take on the Biden administration commitment to democracy and human rights in the Arab World.

Q- Discussing the role of the U.S. in the Middle and North Africa, President Biden has said that he will conduct a values-based foreign policy in the next four years. Secretary of State Antony Blinken said “We will encourage others to make key reforms, overturn bad laws, fight corruption, and stop unjust practices.  We will incentivize democratic behavior.”

What would a values-oriented foreign policy look like in regard to Arab countries that are close to the US?

Q – What are the barriers to the U.S. taking a stronger approach to demanding democracy in Egypt when close strategic cooperation with the US is in the balance?

A- I think that that is a false dichotomy that we see. Even very smart commentators often present that. On the one hand, there’s strategic cooperation and security interests and on the other hand, there’s human rights. And I think that’s very wrong. Ending US military support to Egypt, a dictatorship that is highly abusive, highly repressive and highly dangerous does not mean ending security cooperation with Egypt. Saying that we’re not going to give them gifts of weapons doesn’t mean that we’re going to end all relationships with them. There may well be strategic counterterrorism cooperation, for example, that is in the interests of America and is in the interest of Egypt and that we might continue. That is a very different proposition from providing over a billion dollars in military aid to this abusive government that goes far beyond any kind of strategic cooperation.

Q – How could the formation of Egypt’s Human Rights Caucus in the U.S. Congress help advance this cause when Egypt enjoys Geo-strategic advantage coupled with close security cooperation with the U.S.?

A – Well, I think the main way that it’s going to be helpful, and we are going to be part of that effort and we’re very eager to see it move forward is that we are going to force the US Congress and force the Biden administration to reevaluate what interests exactly the military aid to Egypt provides, what exactly it serves. And I think it will help the American public and the American government to more clearly see how the Egyptian government’s repression and abuse of its own citizens harms America’s interests and violates its own human rights obligations not to assist in human rights abuses. Because when the United States provides military support to this abusive government, it is also committing rights abuses itself. I think that the new committee will help draw attention to those unjustly persecuted in Egypt, to the journalists, to the lawyers, to the former political leaders who are rotting away in jail in unprecedented numbers facing brutal torture, systematic, widespread torture. And I hope we wake up the Biden administration to really pause and question, ‘Why are we helping this government? Why are we helping a government that is making the country a more dangerous place, a more unstable place, than a better one?

Q- The Biden Administration imposed sanctions on scores of Saudis who were involved in the brutal murder of Saudi journalist Jamal Khashoggi but stopped short of any sanctions on Saudi Crown Prince. What is your take on the administration’s response of re-calibrating not rapturing relations with Saudi Arabia?

A- Well, I think it’s a mistake and I think it’s a false narrative to say that if we sanction Mohammed bin Salman for murdering an American resident for so far transgressing the norms of not only persecuting citizens inside his own country through a fake judicial process, but completely disposing of that and going into another country, an out and out like a bunch of criminal thugs, kidnapping a human being, bringing them into the consulate and chopping up his body; That’s a whole other level. That doesn’t mean rupturing a relationship with the Saudi Arabian government. He’s not the king. He can be replaced at any time by King Salman. And again, where there’s mutual cooperative interests, those can be pursued while at the same time making clear that Mohammad bin Salman and his property and his assets are not welcome in the United States. I think the second thing that I would emphasize is that what Biden may have failed to do, the US Congress and the American judiciary may well still force him to do. And that is where our attentions are going to be shifted. There are two lawsuits that the Biden Administration has inherited that is going to force them, that are going to force them to further disclose information about what American intelligence, what American officials knew about this murder and when they knew it. There are three lawsuits pending against Mohammed bin Salman in the United States. So you know what? He’s already traveled there and he hasn’t dared set foot in America. There are three bills in the US Congress, two on the House of Representatives side, one on the Senate side that are going to try to make it a law to sanction Mohammed bin Salman.

Q – How much leverage has the U.S. in its relationship with Arab allies like Saudi Arabia and Egypt that are engaged in documented human rights abuses?

A – I think they have very little leverage. They have very little leverage for a variety of reasons. One is that the notion of conditionality or pressure or leverage on real significant human rights reforms, it never works. It’s a false pretense of leverage that is never actually exercised. When you make a threat against someone and the other side knows because they’ve done it, they’ve seen it a hundred times, that you’re never going to carry through with your threats, then the notion that you’re going to threaten them to cut off military aid unless they make reforms, they don’t believe you and you don’t believe you. And more importantly, a dictator like General Sisi can never make the reforms that the United States or the international community or human rights law demands of him. And that’s very simply because were he to make those human rights reforms, were he to grant free speech and respect the right of protest and actually provide free elections, he would lose power. Dictators like General Sisi, their existence depends on abuse and repression. That is how they maintain control. And that’s why the leverage against him will never work, because he will always choose himself and his power over any concessions the United States may try to force on him.