Abraham Accords: A Tool for Progress 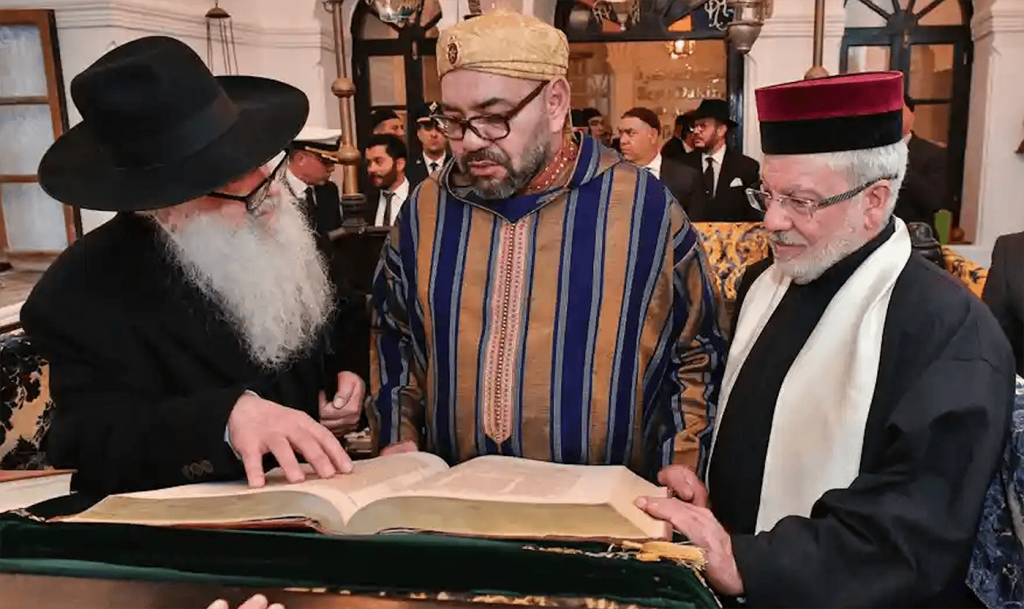 Abraham Accords: A Tool for Progress

As diplomatic agreements go, the Abraham Accords, in which I played a part as Special Representative for International Relations at the White House, are unique in modern history. As the name suggests, these agreements celebrate the deep reverence and belief in the biblical figure Abraham that Muslims, Jews and Christians share.

These accords have established normalization agreements between Israel and Morocco, the United Arab Emirates, Bahrain, and Sudan, and are the first of their kind in more than a quarter century. Indeed, the groundbreaking nature of these agreements is impossible to overstate. The Abraham Accords, envisioned by President Donald Trump, championed by Jared Kushner, and concluded through the dedicated efforts of so many individuals  in all countries that participated, including of course the leaders of each of those countries, led to more peace agreements between Israel and Arab countries in the last six months of the Trump Administration than had been signed in the previous 70 years.

In a particularly challenging time, dominated by the worst pandemic in more than a century, the Abraham Accords successfully challenged the old orthodoxies and calcifying conventions in Middle Eastern politics. In their place, these ambitious agreements have created exciting new opportunities for constructive dialogue that are building bridges of greater understanding, security and economic cooperation throughout the region.

Related: What’s Happening with the Current Clash in Jerusalem

I must confess a sentimental fondness for Morocco as an observant Jew. Morocco was formerly a major Jewish population center, and consequently hundreds of thousands of Israeli Jews trace their lineage to Morocco. Unsurprisingly, Morocco has long considered Israel to be its second-largest diaspora, after France. And perhaps no Muslim leader in recent history is more beloved by Jews than Sultan Mohammed V, the third son of Sultan Moulay Yousef, scion of the Alaouite family, which has proudly ruled Morocco since 1649. Mohammed V was handpicked by the French to succeed his father when he was just 17 years old. No doubt, they thought the young prince would be a compliant client in their colonial ambitions. They couldn’t have been more wrong.

When representatives of Nazi Germany and Vichy France met with King Mohammed V during the Holocaust to discuss the issue of Jews in Morocco, he famously stated: “There are no Jewish citizens, there are no Muslim citizens, they are all Moroccans.”  King Mohammed V, as it turned out, took seriously his role as descendant of the Prophet and “Commander of the Faithful.” As a consequence, the Jews of Morocco were not sent away to be systematically slaughtered in concentration camps and death camps like six million of their Jewish  contemporaries elsewhere.

King Mohammed V’s tradition of interfaith respect continues today with His Majesty King Mohammed VI who has said he interprets his title, “Commander of the Faithful” as “the Commander of all believers … (including) Moroccan Jews and Christians from other countries, who are living in Morocco.”

Given that rich interfaith history between Jews and Muslims in Morocco, the Abraham Accords, in so many ways, formalizes ties between Israel and Morocco that have run deep for decades. For example, King Mohammed VI has named senior Jewish advisers to his government and has recently announced the incorporation of Moroccan Jewish and cultural history into school curricula, a decision that Serge Berdugo, secretary-general of the Council of Jewish Communities of Morocco says “has the impact of a tsunami.”

Increased cultural and religious outreach aside, the Abraham Accords is expected to have a very significant effect on the economies of both Israel and Morocco.  Direct flights between the two nations will boost the tourist trade in both countries, hopefully in both directions. The expected benefits for future economic development, trade deals and technology transfers between these two nations are yet to come. The only limits on that cooperation – and the prosperity that flows from it – are our own imaginations of what is possible.

The principles embodied within the Abraham Accords must be merely the starting point, not the end, of our collective striving for mutual peace and prosperity in a region too often torn apart by hatred and violence.

In the end, the Abraham Accords are, themselves, historic documents, but the words on those documents reveal a new consciousness in the Middle East and North Africa, a growing understanding that the time is past when each nation can live only unto itself. They are words inspired with the hope that peace between those nations can be, and should be, a living, breathing reality.

Consequential as the Abraham Accords are, and proud as I am to have played my part in laying the groundwork for their development, these declarations are not an end in themselves. They are not some trophy to be admired for the moment, and then put away on a shelf to gather dust. They are, instead, a valuable and transformative tool that has the power to make the Middle East and North Africa the peaceful and prosperous place that we all pray for and know it can be.

This spring, at long last, a terrible global pandemic appears to be ebbing. Passover and Easter have concluded. Ramadan is fast coming to a close. But, as always, the challenge to move forward – or stand still — is in the present moment. The clock is ticking. The time to act is now!

Jason Greenblatt, former White House Middle East Envoy and a chief architect of President Trump’s “Peace to Prosperity” Israeli-Palestinian peace plan, was Assistant to President Donald Trump and Special Representative for International Negotiations from January 2017 to October 2019. He is currently the Founder and CEO of Abraham Venture LLC, an undertaking he describes as “trying to bring peace and improve lives by connecting U.S. and Israeli companies to the Middle East and elsewhere. Follow him on Twitter: @GreenblattJD

Previous Article
Israeli strike near Damascus in response to a Syrian missile
Next Article
Syrian missile not intentional, Israel says