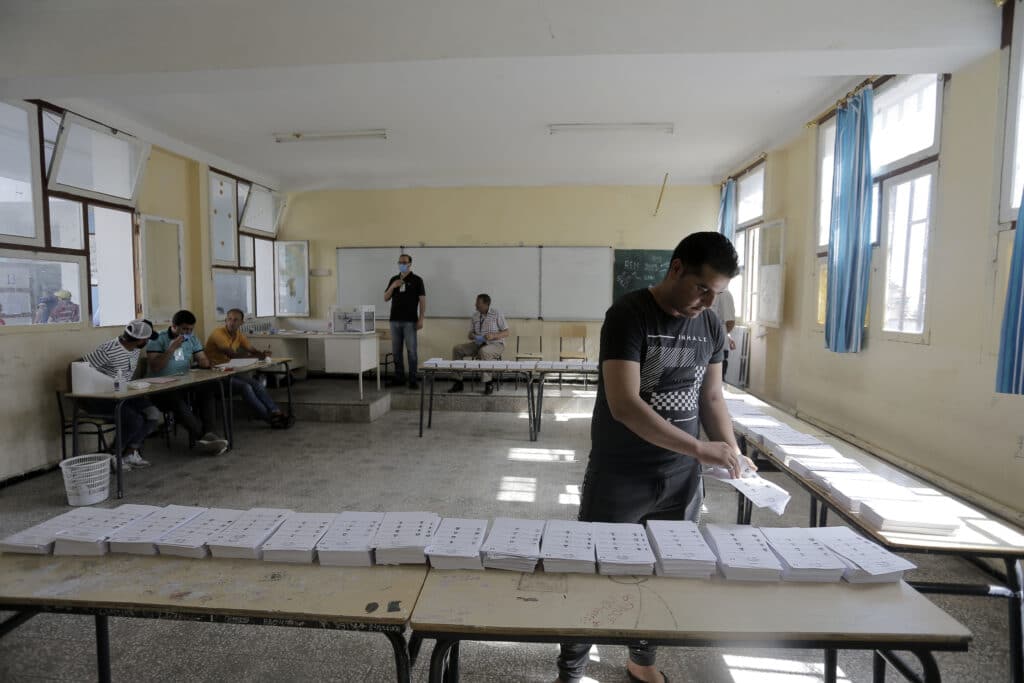 Back in March 2021, I wrote an OPED: The Hirak Movement in Algeria, what Policies Should the Biden Administration Pursue? | NewsLooks.   At that time, there was significant hope for change in Algeria and the ability to move a younger less corrupt set of leaders into parliament and governmental institutions. The strain of COVID and an economy too reliant on oil prices were also concerns of the Algerian People and main drivers for change within the Hirak Movement.

The interim President, Abdelmadjid Tebboune, a product of the FLN Political Machine, suppressed protest and jailed several of the Hirak Movement’s leaders just prior to the general election for the Algerian Parliament.

This prompted Hirak Leaders at home and abroad to encourage a boycott of the election with its rank-and-file supporters. The FLN and National Rally for Democracy (RND) Parties secured most of the seats with a record low 35% turnout. These two parties created the coalition to seat these two parties’ candidates elected 12 June 2021 but ignored the large coalition that is the Hirak Movement.   It is estimated that 5.6 million out of 24 million voters participated in the elections.

This election was to be the face of the “New Algeria” with younger and female candidates included within the 200 candidates that ran for office.  Many opposition leaders see it as a “divide and conquer” strategy with only two weeks to run, effectively leading to a patchwork coalition that wins and governs.

Many within the Hirak Movement see President Tebboune as part of the FLN “Old Guard” since had served at one time as Prime Minister under the previous President, Bouteflika.

It was a deliberate decision by the Hirak Movement leadership to boycott the elections after marches were suppressed, leaders jailed to include media advocates.  So what comes next?  Should the Hirak Movement focus on the next election and seek external support and monitors to   garner transparency in the Algerian election process?  Can the Hirak Movement create a coalition with other parties outside its normal base?

Because of COVD 19 Implications and changes in oil prices for the economic base, this may be the route to election the Hirak Movement should consider when looking at reforms.  The rampant corruption within FLN Leaders led to the removal of Bouteflika and election of Tebboune. If Tebboune does not deliver soon on economic woes, the Hirak Movement may return to the streets not only in Algiers but in a mass communications campaign in Africa and Europe.

The us Secretary of State has several high priority issues on his plate right now. Rebuilding US connections and prestige in Europe has been a big priority as well as countering Iran and Russia.  The hottest issue in the Maghreb for him right now, is withdrawal of foreign forces in Libya by October 23, 2021, and general Libyan Elections by December 2021.

Algeria should consider normalizing diplomatic relations with Morocco. Although in the past, this was problematic because of the FLN Leadership and their support of the POLISARIO in Western Sahara.  Algerians want to look to a new government and a relationship with Morocco that improves their economic conditions.

The United States, Morocco and France could assist in this transition and create economic conditions that would help stabilize the Maghreb and Algeria. This would pave the way for new more transparent elections in the future with the Hirak Movement participating in the vote.

The Bureau of Near Eastern Affairs at the US State Department, with Acting Secretary, Joey Hood with US Charges d’Affaires David Greene to Morocco, and the Chargé d’Affaires ad interim (CDA) Gautam Rana at the Embassy of the United States in Algiers, Algeria could work together to make this diplomatic recognition achievable between the Kingdom of Morocco and Algeria.

This would create a stable anchor on the western Mediterranean and the key maritime choke point located at the Straits of Gibraltar. Something sorely needed with the efforts to stabilize Libya and answer the migrant and human trafficking problem that often spills into the Mediterranean and Southern Europe.

The Biden Administration is staffed with professional senior Foreign Service Officers. It’s time to get them engaged in the Maghreb and showing states like Algeria that Human Rights and fair and free elections are possible. More By The Author