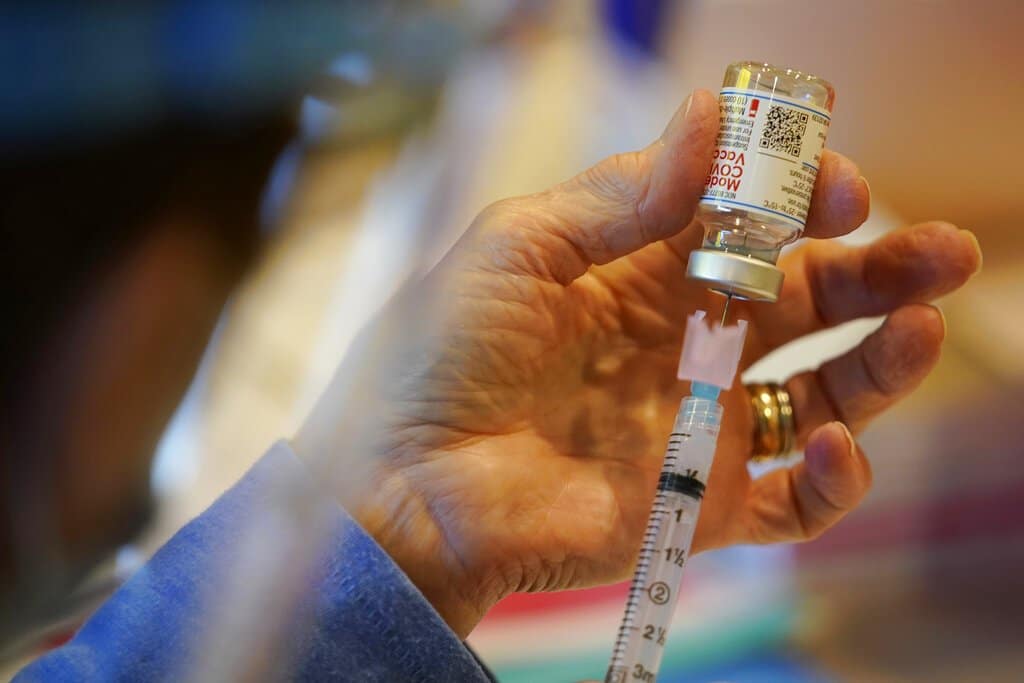 The Biden administration wants to lift patent protections on COVID-19 vaccines in order to get vaccines to poor parts of the world faster. But the pharmaceutical industry say it won’t actually help, and may actually cause additional problems. The Associated Press has the story:

The Biden administration’s call to lift patent protections on COVID-19 vaccines to help poor parts of the world get more doses has drawn praise from some countries and health advocates. But it has run into resistance from the pharmaceutical industry and others, who say it won’t help curb the outbreak any time soon and will hurt innovation.

Here’s a look at what patents do and why they matter:

HOW DO DRUG PATENTS WORK?

Patents reward innovation by preventing competitors from simply copying a company’s discovery and launching a rival product. In the U.S., patents on medicines typically last 20 years from when they are filed, which is usually done as soon as a drugmaker thinks it has an important or lucrative drug. Because it often takes a decade to get a drug approved, companies typically end up with about a dozen years of competition-free sales. But drugmakers usually find ways to improve their product or widen its use, and they secure additional patents that can extend their monopoly for another decade or more.

WHY IS PATENT PRODUCTION SO IMPORTANT TO DRUGMAKERS?

Medicines are incredibly expensive to develop. Most experimental drugs fail at some point during what can be years of laboratory, animal and finally human testing. Averaging in the cost of all those flops, it typically costs more than $1 billion to bring a drug from discovery to regulatory approval. Without the prospect of years of sales without competition, that work is all the more risky.

WHY IS THE U.S. BACKING EFFORTS TO LIFT PROTECTIONS ON COVID-19 VACCINES?

The Biden administration has been under intense pressure, including from many Democrats in Congress, to get more COVID-19 vaccines to the rest of the world. Support for the waiver idea floated by India and South Africa in October has been growing in other countries while the outbreak worsens in some places, especially India.

WHY HAVE THE U.S. AND OTHERS OPPOSED LIFTING PROTECTIONS IN THE PAST?

The U.S. and some other wealthy countries lead the world in many areas of research and innovation. That’s particularly true for medicines. Aside from the prestige they confer, pharmaceutical companies provide millions of jobs that pay very well, pay taxes on their income and provide new medicines that can save or improve lives. Drugmakers and their trade groups spend millions every year lobbying governments to maintain the status quo on patents.

WHY IS THE INDUSTRY SO OPPOSED TO THE EFFORT?

In a word, money. In the U.S., pharmaceutical companies can charge whatever they want for their medicines. They can and do raise prices, typically twice a year, so that list prices often double or triple during a drug’s patent-protected years. That makes the big, long-established drugmakers among the world’s most profitable companies. But a huge amount of innovation comes from startup pharmaceutical and biotech companies. They must constantly raise money from venture capital firms and other investors to fund early research until they can get their medicine approved or, more often, get a big drugmaker to help fund the research and buy rights to that drug or the entire startup. Without the prospect of a big payday for the new drug, it would be much harder to attract the crucial early money.

WHAT WOULD BE THE PRACTICAL EFFECTS OF LIFTING PROTECTIONS ON COVID-19 VACCINES?

That’s not entirely clear, but drugmakers and some analysts say waiving their patent rights won’t do much to get COVID-19 vaccines to developing countries faster. That’s because making the vaccines is far more complex than following a recipe, requiring factories with specialized equipment, highly trained workers and stringent quality control — things that can’t be set up quickly. There’s little available factory capacity, as the companies with authorized vaccines already have hired many contract drug manufacturers to help them make their shots. In addition, many of the raw materials to make the vaccines, along with vials, stoppers and other components, are in very short supply, and that’s not expected to change soon.