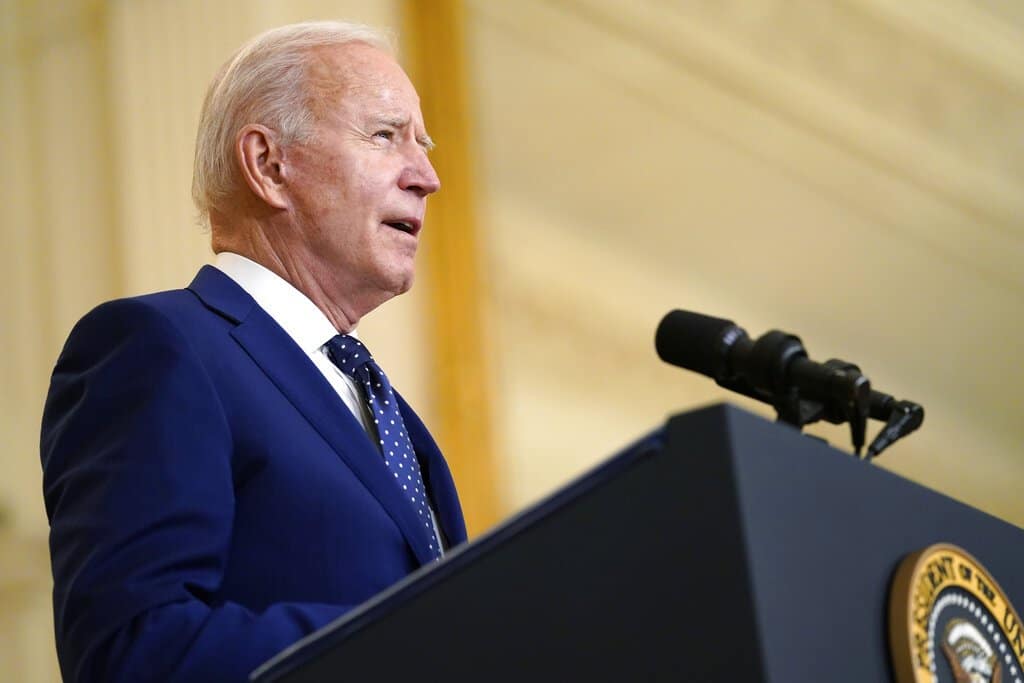 Although Biden is changing some of the Trump-era policies toward refugees, he has not lifted Trump’s low cap of 15,000 per year. He is adjusting the allocation limits, providing more slots from certain regions and lifting restrictions on others. The Associated Press has the story:

WASHINGTON (AP) — President Joe Biden on Friday signed an emergency determination to speed refugee admissions to the U.S., but kept his predecessor’s historically low cap of 15,000 refugees for this year, triggering an outcry from advocates for refugees and even Biden allies.

Many were surprised Biden has not replaced the cap by former President Donald Trump, having submitted a plan to Congress two months ago to quadruple that number. The administration has indicated he may still do so.

For now, Biden is adjusting the allocation limits set by Trump, which officials said have been the driving factor in limiting refugee admissions. The new allocations provide more slots for refugees from Africa, the Middle East and Central America and lift Trump’s restrictions on resettlements from Somalia, Syria and Yemen.

Since the fiscal year began on Oct. 1, just over 2,000 refugees have been resettled in the U.S. A senior administration official said Biden’s new allocations, formalized in an emergency presidential determination, could result in speedier admissions of already screened and vetted refugees in a manner of days.

Refugee resettlement agencies applauded speedier admissions and more slots but were disheartened Biden did not touch Trump’s cap, the lowest since the program began 41 years ago.

“It sends an important message to make it higher and now Biden will still be presiding over and has essentially put his stamp of approval on the lowest refugee admissions cap in history at a time of global crisis,” said Mark Hetfield, president of HIAS, a Maryland-based Jewish nonprofit that is one of nine agencies that resettles refugees in the U.S.

Biden presented a plan to Congress more than two months ago to raise the ceiling on admissions to 62,500 and to eliminate restrictions imposed by Trump that have disqualified a significant number of refugees, including those fleeing war.

Biden under attack from the left

“Failing to issue a new Determination undermines your declared purpose to reverse your predecessor’s refugee policies,” the chairman of the Senate Foreign Relations Committee wrote in a letter to Biden.

Menendez said it also makes it unlikely that the program can hit its target next budget year of 125,000, which Biden has pledged to do.

Biden has given no explanation for the inaction, other than to say “it’s going to take time to rebuild what has been so badly damaged, but that’s precisely what we’re going to do.”

National Security Advisor Jake Sullivan tweeted that all of the existing 15,000 slots will be used and the administration will “work with Congress on increasing admissions and building back to the numbers to which we’ve committed.”

The State Department, which coordinates flights with resettlement agencies, booked 715 refugees to come to the United States with the anticipation that Biden would have acted by March, but those flights were canceled since the refugees were not eligible under Trump’s rules, according to resettlement agencies.

Most of the refugees are from Africa and fleeing armed conflict or political persecution. Trump limited most spots for people fleeing religious persecution, Iraqis who have assisted U.S. forces there, and people from Central America’s Northern Triangle.

White House press secretary Jen Psaki said Friday that the delay in Biden acting was because “It took us some time to see and evaluate how ineffective, or how trashed in some ways the refugee processing system had become, and so we had to rebuild some of those muscles and put it back in place.”

Another concern has been the record pace of unaccompanied migrants crossing the U.S.-Mexico border, which has drawn in many of the resources that would go to vetting, processing and resettling refugees in the U.S.

“It is a factor,” said Psaki, noting that the Office of Refugee Resettlement “does management and has personnel working on both issues and so we have to ensure that there is capacity and ability to manage both.”

That explanation baffled advocates. The asylum seekers at the border are not handled by the U.S. Refugee Program, which has its own people and budget.

Some 35,000 refugees have been cleared to go to the United States, and 100,000 remain in the pipeline and their lives remain in limbo, said David Miliband, president and CEO of the International Rescue Committee.

Biden has not fulfilled his promise to restore America’s leadership as a safe haven for the world’s oppressed, he added.

“This leadership is sorely needed,” he said.