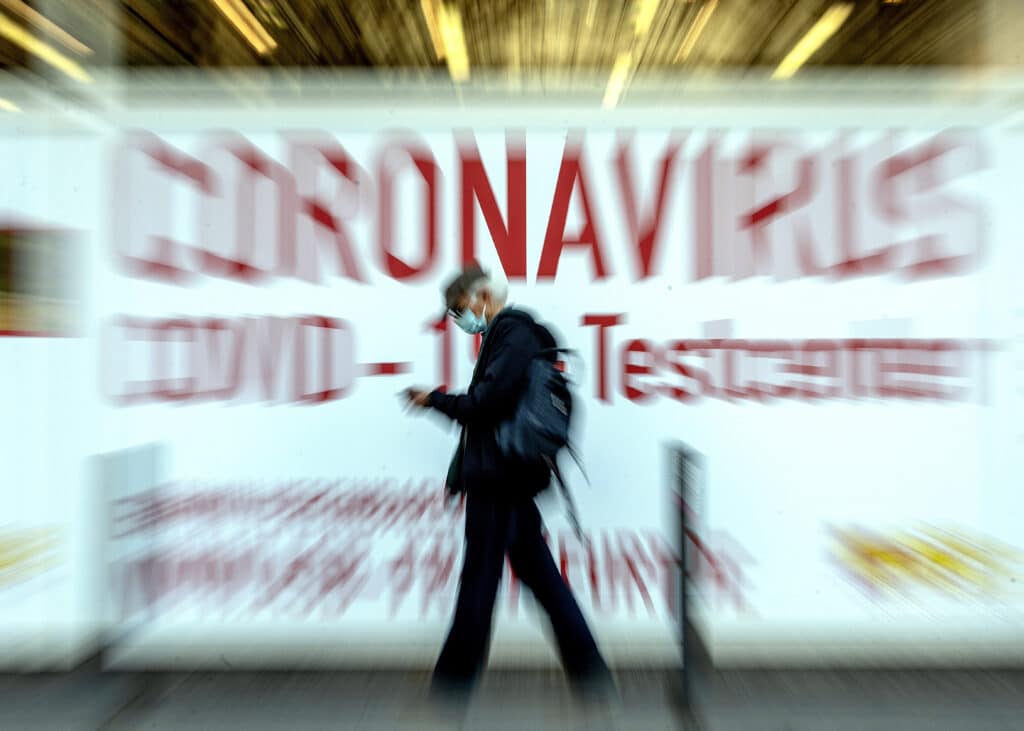 Germany has issued more free COVID-19 tests than any other country in Europe. The government suspects there must be fraud, and is investigating. The Associated Press has the story:

BERLIN (AP) — German authorities are investigating allegations of fraud involving the massive rollout of free coronavirus tests, which are being carried out now in converted cellphone stores, beauticians and art galleries across the country.

Germans have to present a negative test result in order to enter non-essential stores, visit restaurants or bars, or attend small-scale cultural events. The government pays for one free test per person each week, which has led to a proliferation of more than 15,000 businesses offering antigen tests that provide results within 20 minutes.

“There is the suspicion, a very well-founded suspicion after everything I’ve seen, that there’s also been fraud,” Jens Spahn, the country’s health minister, said Tuesday.

“There need to be criminal consequences,” he added, noting that prosecutors are investigating the allegations.

The issue has once again raised questions of who is accounting for the German government’s spending splurge in response to the pandemic.

Last year, numerous applicants seeking government support for businesses affected by the lockdown were found to have made fraudulent claims, leading to a tightening of rules and severe delays in payments as further checks were conducted.

Spahn said the government had spent about 660 million euros ($807 million) to cover the costs of providing up to 45 million free tests in a month — more than any other country in Europe. His ministry was unable to say how many of those tests came back positive.

Germany, like many other European nations, has seen a steady decline in new cases of COVID-19 in recent weeks. Its disease control agency on Tuesday downgraded the coronavirus risk level in the country from very high to high.

The decision reflects the decline in new weekly cases, which now stands at about 35 per 100,000 inhabitants nationwide. Several of Germany’s 16 states plan to allow larger private gatherings and indoor seating in restaurants in the coming days.

More than 50 million people in Germany have received at least one dose of coronavirus vaccine, while 15 million in the country of 83 million are fully immunized.