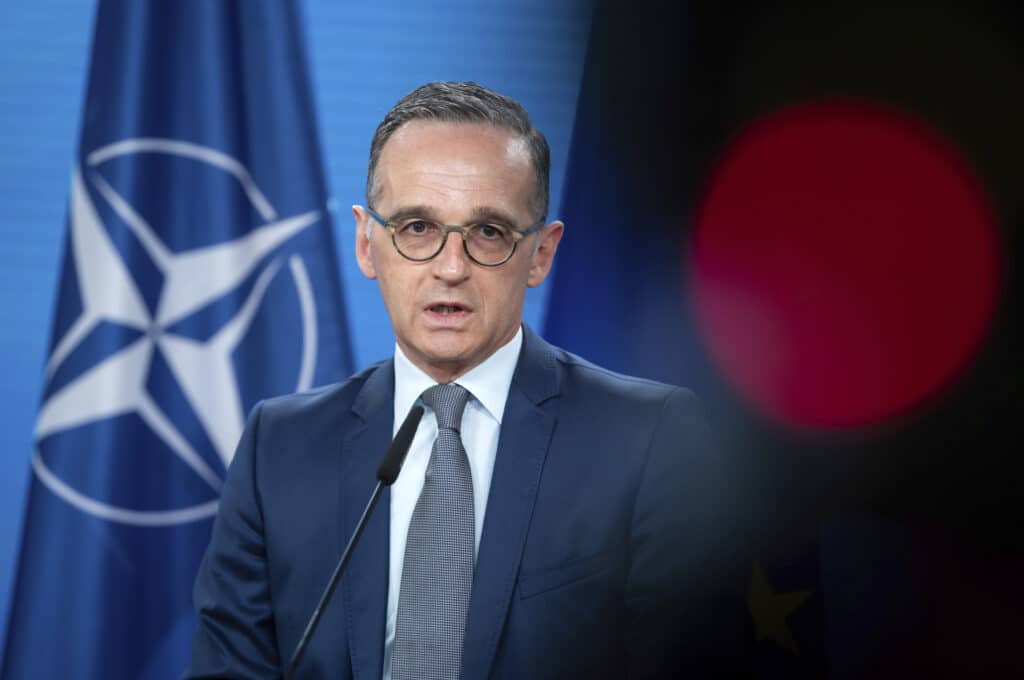 Ukrainian President Volodymyr Zelenskyy hoped for weapons and military help from Germany, but German Foreign Minister Heiko Maas said Ukraine’s conflict needed to be addressed through “political channels.” German Green party leader Robert Habeck disagreed, saying “from my point of view, it is hard for us to deny Ukraine weapons for defense, for self-defense.” The Associated Press has the story:

Ukraine’s request for weapons from Germany gets turned down

BERLIN (AP) — Germany’s foreign minister on Tuesday rejected the idea of delivering weapons to Ukraine after the country’s president indicated that he would like military help from Berlin.

Germany, along with France, has led Western diplomatic efforts to resolve the long-running conflict between Kyiv and Russia-backed separatist rebels in eastern Ukraine. But efforts toward a political settlement are stalled.

Ukrainian President Volodymyr Zelenskyy was quoted in an interview Tuesday with the German daily Frankfurter Allgemeine Zeitung that Chancellor Angela Merkel has done a lot for Ukraine but “of course I had hoped for more from her, particularly in the Normandy format” of four-way talks between Ukraine, Russia, Germany and France.

“Germany can do more,” he said, pointing to recent comments by opposition Green party leader Robert Habeck during a visit to Ukraine.

Habeck said that “from my point of view, it is hard for us to deny Ukraine weapons for defense, for self-defense.” His comments drew widespread criticism in Germany in an election year, not least from his own party, which has pacifist roots.

“Germany has not given us military help, but it could do,” Zelenskyy said. “Germany has great ships: speedboats, missile speedboats and patrol boats.”

“I am convinced that the conflict can only be solved by political channels, and that should be clear to all involved,” he told reporters in Berlin. “This remains the guiding principle of our engagement, and it won’t change — weapons deliveries don’t help in this.”

Ukraine also strongly opposes the completion of a new Russian-built natural gas pipeline to Germany under the Baltic Sea.

The Nord Stream 2 project also is opposed by Habeck’s Greens and by the United States, but the Biden administration opted last month not to punish the company overseeing the project even while announcing new sanctions against Russian companies and ships. The move eased a long-running irritant in German-U.S. relations.

Germany’s Funke newspaper group reported Tuesday that a German delegation including two top Merkel advisers traveled to Washington this week for talks expected to include the pipeline issue.

Maas said Germany had made clear that it has “an interest in finding a common way” forward.

“That will now be the subject of talks in Washington, and I am confident that we will succeed in finding a way,” he said. “This certainly won’t be easy, and possibly won’t be the case overnight, but we are counting on dialogue with officials in Washington as we did in the past, and we will continue that.”