General: Dealing with Afghanistan to be harder without troops 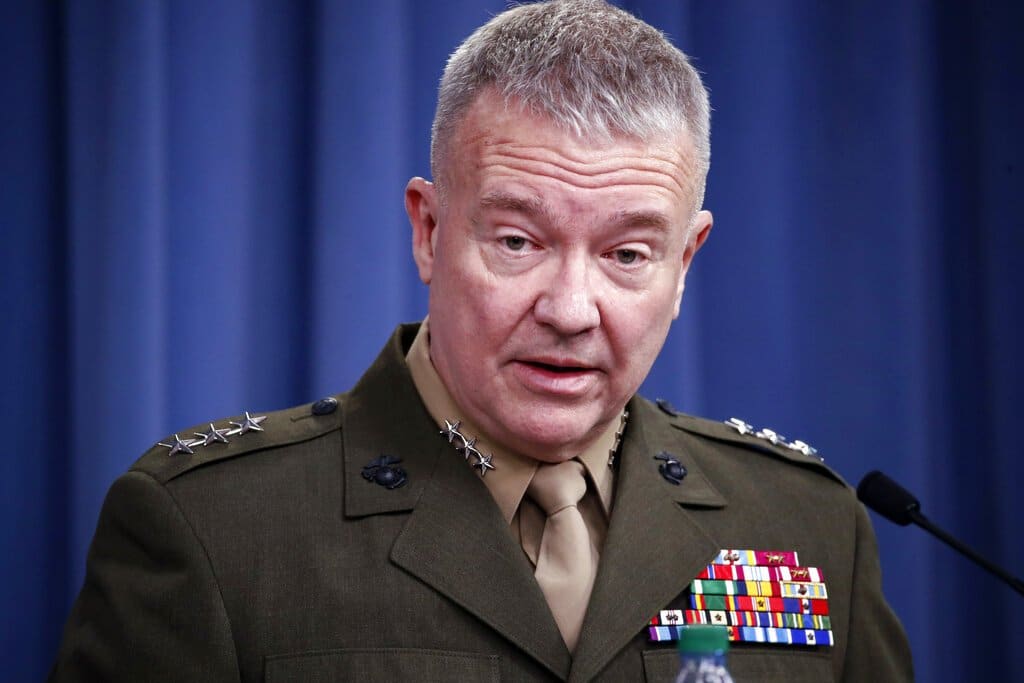 President Joe Biden is following President Donald Trump’s agreement to withdraw U.S. troops from Afghanistan, although at a slower pace due to the Taliban not sticking to parts of the agreement. Gen. Frank McKenzie, head of U.S. Central Command, says this will make it more difficult for the U.S. to combat terrorism there. The Associated Press has the story:

Head of U.S. Central Command warns the U.S. of ramifications of leaving Afghanistan

WASHINGTON (AP) — In a blunt assessment Tuesday, the top U.S. general for the Middle East told Congress it will be extremely difficult but not impossible for the U.S. to find, track and take out counterterrorism threats in Afghanistan once all American troops are withdrawn.

Gen. Frank McKenzie, head of U.S. Central Command, said that armed drones, which can now get to a location within minutes from bases in Afghanistan, will have to be positioned much farther away. And he acknowledged that the U.S. has no agreements yet with neighboring countries to base troops, but is working on a plan.

“I don’t want to make light of it, I don’t want to put on rose-colored glasses and say it’s going to be easy to do,” McKenzie told the House Armed Services Committee, adding that if the U.S. needs to go back into Afghanistan because of a threat, it will require significant intelligence support. “It will be harder to do that, it is not impossible.”

McKenzie declined to say what recommendations on Afghanistan he gave to President Joe Biden, who last week ordered the full withdrawal of the more than 2,500 remaining U.S. troops by Sept. 11. He said he had full opportunity to provide his advice to the president.

U.S. officials have made it clear, however, that military commanders did not recommend the full, unconditional withdrawal. Military leaders have consistently argued that pulling troops out by a certain date eliminates pressure on the Taliban and weakens U.S. leverage in the peace talks with the group.

McKenzie told lawmakers that the U.S. would have several options if it needs to hit a target, including a long-range strike or the use of manned aircraft or a raid by ground forces, which would be “inherently dangerous.” Lawmakers pressed him for details and he said he would provide more specifics in a classified session.

Over the past year, as then-President Donald Trump pushed for a complete troop withdrawal, defense and military officials successfully argued that any pullout should be based on security conditions on the ground.

Asked about the previous administration’s orders to withdraw troops, McKenzie quickly noted that Trump’s command was “conditions based.”

It has been 20 years since 9-11 led to the U.S. invading Afghanistan

Biden’s withdrawal date coincides with the 20th anniversary of the al-Qaida terror attack on the U.S. that had triggered the U.S.-led invasion of Afghanistan. NATO announced it would follow the same timetable for withdrawing more than 7,000 allied forces.

The president’s decision defies a May 1 withdrawal deadline that was agreed to by the Trump administration as part of a peace agreement with the Taliban. Instead, Biden said the U.S. withdrawal would begin on May 1.

McKenzie told lawmakers that terror groups in Afghanistan, including al-Qaida and the Islamic State group, continue to aspire to attack the U.S.

“I think that’s a reasonable concern and I share that concern frankly,” he said.

The Taliban have threatened to take action if the U.S. does not comply with the May 1 deadline.

McKenzie said the U.S. plans to aggressively protect the security of U.S. troops in Afghanistan as the withdrawal of personnel and equipment goes on. And he said the U.S. is prepared to take any action necessary.