How new no-mask guidelines are being interpreted 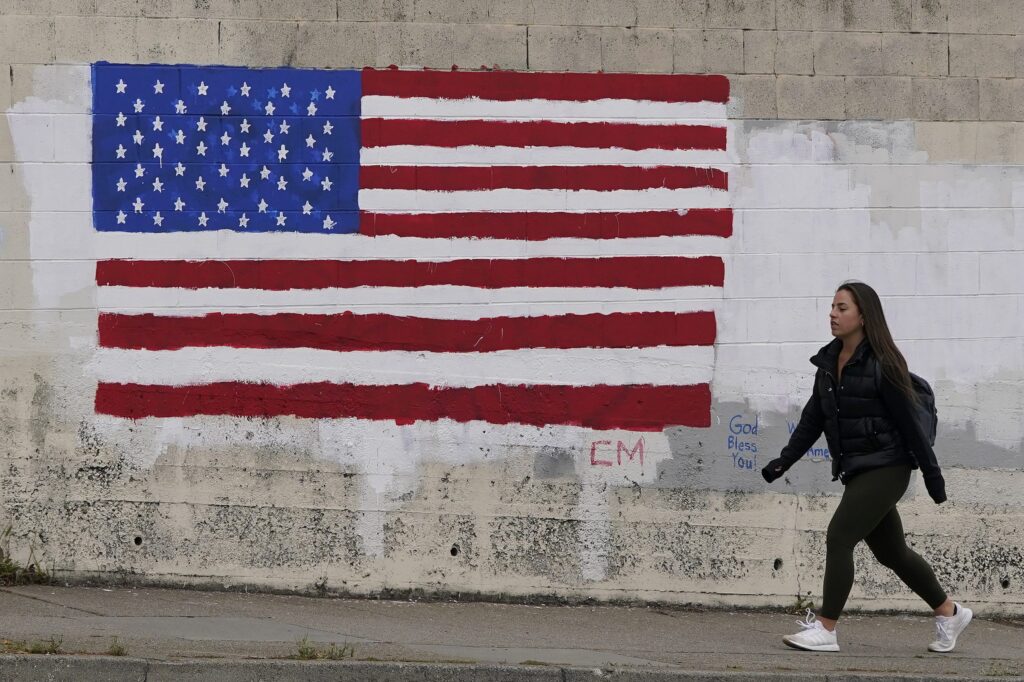 The Centers for Disease Control and Prevention has issued new federal guidelines stating that in most situations, particularly if someone is vaccinated, masks are no long necessary. But how does this apply practically? States, localities and businesses are taking varying approaches. The Associated Press has the story:

CDC’s no-mask recommendation is being implemented in various ways

(AP) More than a dozen states quickly embraced new federal guidelines that say fully vaccinated Americans no longer need to wear masks indoors or out in most cases. But other states and cities and some major businesses hesitated amid doubts about whether the approach is safe or even workable.

As many business owners pointed out, there is no easy way to determine who has been vaccinated and who hasn’t. And the new guidelines, issued Thursday by the Centers for Disease Control and Prevention, essentially leave it up to people to do the right thing.

Labor groups and others warned that employees at stores, restaurants and other businesses could be left exposed to the coronavirus from customers and could be forced into the unwanted role of “vaccination police.”

Several major chains, including Home Depot and grocer Kroger Co., announced that they would keep mask mandates in place for now.

But Sean Weinberg took down mask signs Friday at Restaurant Alba in Malvern, Pennsylvania, which he runs with his wife. He also emailed his employees to let them know they can forgo masks at work if they are fully vaccinated.

“It’s just a headache we don’t want to have to fight any more,” he said of the mask requirement.

Half the states had mask requirements in place for indoor spaces

Half the states had mask requirements in place for most indoor spaces when the CDC issued its recommendations.

Oregon Gov. Kate Brown said the new approach makes clear that vaccines are the fastest way to get back to doing the things “we all love.” Kentucky Gov. Andy Beshear called the guidance a “game-changer.” And Washington Gov. Jay Inslee said the change is “a heck of a benefit.”

Other states, such as California, Wisconsin, New Jersey, Hawaii and Massachusetts, and cities like Minneapolis and St. Paul kept mask rules in place for the time being.

“We’re frankly not there yet,” New Jersey Gov. Phil Murphy said. And Hawaii Gov. David Ige said: “We are unable to determine who is vaccinated and who is not vaccinated. The best mitigation measure is for everyone to wear a mask.”

“It seems too wasteful to just throw them away,” he said. “I think I’ll have my mother make them into a quilt.”

And Shelby Lofton, a reporter for WKYT-TV in Lexington, Kentucky, quipped in a tweet: “So, I guess I’ll start wearing lipstick again. Also need to work on my poker face.”

In Detroit, a fully vaccinated Christoph Cunningham, 28, wore a mask as he rode an electric scooter to a bar for lunch and said he agrees with the relaxed new guidelines.

“I have confidence in the science behind it all,” said Cunningham, who runs a catering business. “I’ll eventually take my mask off more and more.”

But Scott Dolch, executive director of the Connecticut Restaurant Association, said he has heard from numerous owners who want more information about how the new rule will work in practice, with some concerned about being put in the difficult position of determining whether customers are truly vaccinated.

“That puts a lot of worry on the restaurants. They’re like, OK, now I have to deal with the honor system, hoping that that person that told me they’re totally vaccinated” is telling the truth, Dolch said.

Elsewhere, the announcement didn’t mean much because many states and cities already had dropped mask requirements in recent weeks amid improving virus numbers. The tourist town of Branson, Missouri, did so early last month after voting out several mask supporters.

“I think it just further supports the decision we made to lift the mask mandate,” said newly elected Mayor Larry Milton. “It was dividing our community. We heard loud and clear from voters that they wanted the mask mandate repealed.”

The president of the American Federation of Teachers, Randi Weingarten, said the 1.7 million-member union is still trying to sort out what the change means for schools. Many had already been ditching mask orders in recent weeks.

The CDC and the Biden administration have faced pressure to ease restrictions on fully vaccinated people — those who are two weeks past their last required dose — in part to highlight the benefits of the shots and motivate other people to get inoculated.

Nearly 47% of the U.S. population has received at least one dose of COVID-19 vaccine, and almost 36% is fully vaccinated.

Virus cases have dropped to their lowest level since September, at an average of about 35,000 a day, and have fallen by almost one-third in just the past two weeks. Deaths have plummeted to about 620 a day on average, a level not seen since July of last year.

In making the announcement, CDC Director Dr. Rochelle Walensky noted that the vaccine has proved powerfully effective in preventing serious COVID-19 illness. She cited evidence that infections in people who have gotten their shots tend to be milder, shorter and harder to spread to others.

Occasional cases of the fully vaccinated becoming infected have raised concerns, though.