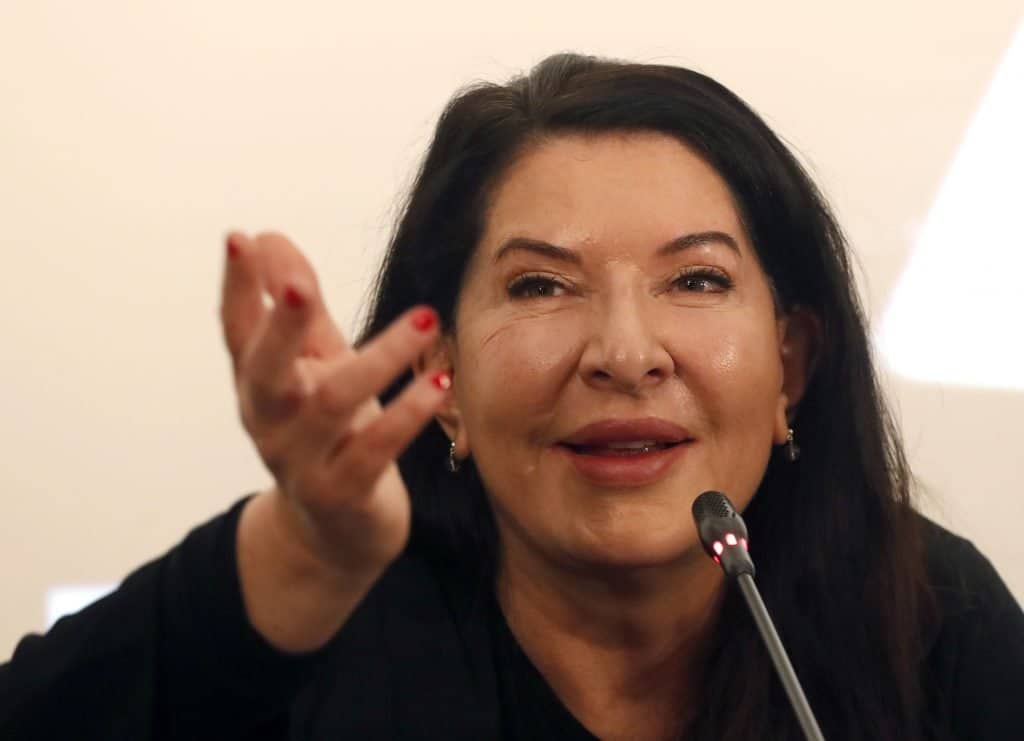 Serbian performance artist Marina Abramovic, known for her “spirit cooking” dinners that aggravated the right, has received the Princess of Asturias Award. The panel said she is “one of the most inspiring artists of her time.” The Associated Press has the story:

MADRID (AP) — A Spanish foundation awarded Serbian performance artist Marina Abramovic one of the European nation’s most prestigious awards for the fine arts on Wednesday.

The jury that decides the Princess of Asturias Awards said that the work of the 74-year-old Abramovic revealed “a sensorial and spiritual component hitherto unknown.”

The 50,000-euro ($56,700) award is one of eight prizes, ranging from the arts, social sciences and sports, handed out annually by a foundation named for Spanish Crown Princess Leonor.

Born in Belgrade in 1946, Abramovic studied fine arts in her hometown and Zagreb before she moved to Amsterdam in 1976. Her performances include the 1988 “The Great Wall Walk,” in which she and German artist Ulay walked from opposite ends of the Great Wall of China before meeting in an embrace.

Related: Teen Starts Bakery to Give Desserts to the Poor

At the 2010 retrospective of her work held at the Museum of Modern Art in New York, Abramovic performed her “The Artist is Present,” in which she spent 716 hours sitting still while thousands of museumgoers took turns sitting in front of her and sharing one another’s gaze.

The jury said that “Abramovic’s courage in her dedication to an absolute art and her adhesion to the vanguard produce moving experiences that demand an intense connection with the spectator and make her one of the most inspiring artists of her time.”

She heads the Marina Abramovic Institute, an arts center in Hudson, New York.