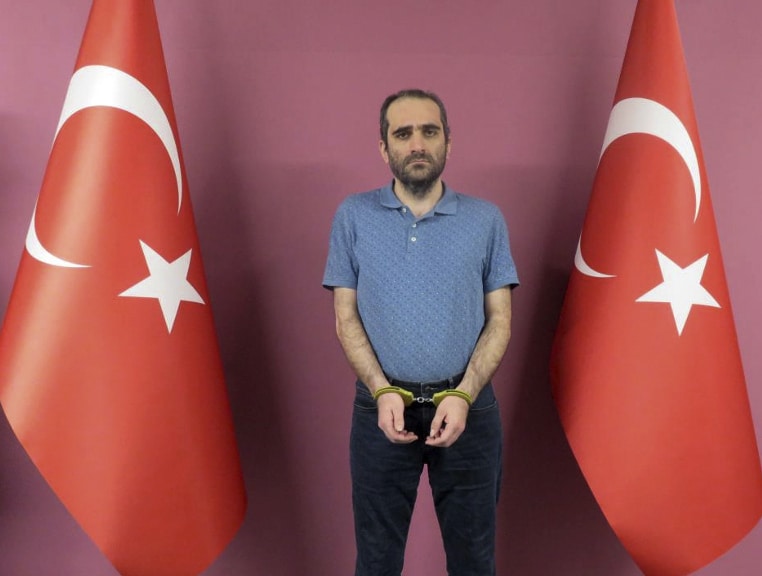 Selahaddin Gulen, nephew of U.S.-based Muslim cleric Fethullah Gulen, has been arrested by Turkish authorities. He was wanted on charges of membership in a terror organization. The Associated Press has the story:

ANKARA, Turkey (AP) — Turkish agents have captured a nephew of U.S.-based Muslim cleric Fethullah Gulen in an overseas operation and have brought him to Turkey where he faces prosecution, Turkey’s state-run news agency said Monday.

Selahaddin Gulen, who was wanted in Turkey on charges of membership in a terror organization, was seized in an operation by Turkey’s national spy agency MIT, the Anadolu Agency reported.

The report did not say where he was seized or when he was returned to Turkey. Gulen’s nephew however, was believed to be residing in Kenya.

His case is the latest in a series of forced repatriation of people affiliated with Gulen’s movement, which the Turkish government blames for a failed coup attempt in 2016.

Gulen, a former ally of Turkish President Recep Tayyip Erdogan who now lives in exile in Pennsylvania, has rejected the accusations of involvement in the coup attempt.

Turkey has designated his network a terrorist group, which it has named the Fethullahist Terror Organization, or FETO.

Erdogan announced earlier in May that a prominent member of Gulen’s network had been captured but did not provide details.

On July 15, 2016, factions within the Turkish military used tanks, warplanes and helicopters in an attempt to overthrow Erdogan. Fighter jets bombed parliament and other spots in Turkey’s capital. Heeding a call by the president, thousands took to the streets to stop the coup.

A total of 251 people were killed and around 2,200 others were wounded. Around 35 alleged coup plotters were also killed.