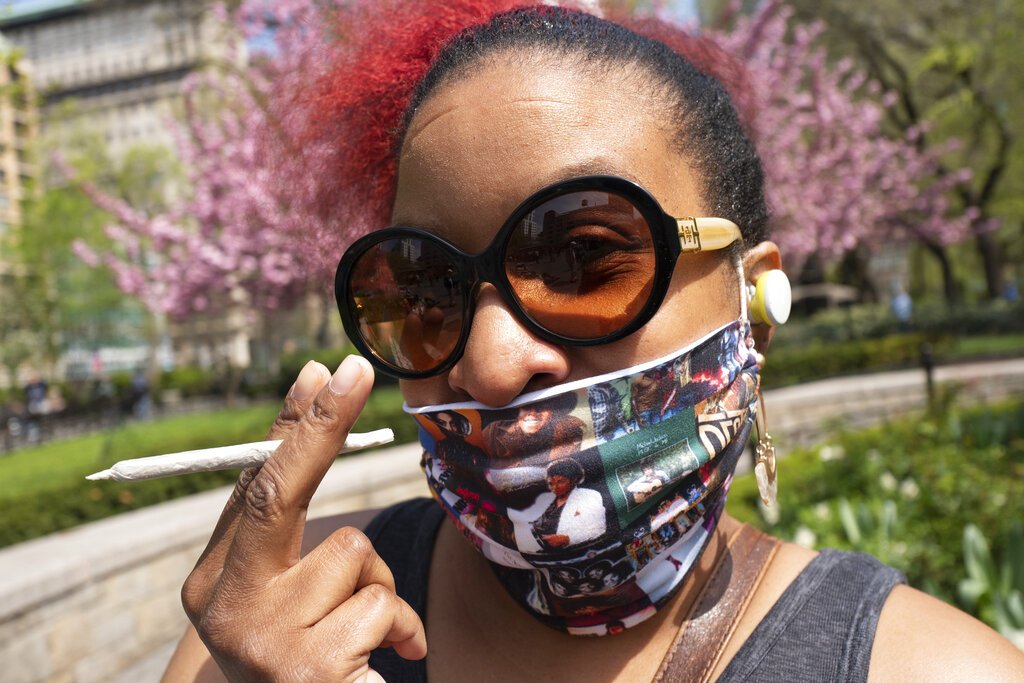 Similar to how states fund children’s programs using taxes from cigarette sales, California uses sales tax from marijuana sales to give grants to community organizations that serve people and communities harmed by the war on drugs. Not all nonprofits think it’s a good idea, however. The Associated Press has the story:

Over the past two years, California has used some of the fees it collects from the sale of recreational marijuana to give grants to community organizations that serve people and communities harmed by the war on drugs. So far, the state has awarded nearly $100 million, a figure expected to jump to $175 million in May.

Fathers and Families of San Joaquin, a small nonprofit that serves young people and people who have been through the criminal-justice system, received a $1 million grant in 2019. The group trains formerly incarcerated people as substance-abuse counselors. Former inmates conduct workshops and training for young people in correctional facilities. The group also has rapid-response teams for domestic abuse and child abuse.

So many of the problems the organization tackles in and around Stockton, California, can be traced to the war on drugs, says Samuel Nuñez, the group’s executive director. He remembers police officers knocking down his front door when he was a child — something he says was common in his neighborhood — and his mother sitting terrified on the floor.

“They were fiercely policing our communities,” Nuñez says. “They were traumatizing us.”

The Golden State is not alone. Alaska and Illinois have similar programs, and as more states legalize the drug, additional programs could be on the way.

In the 2020 election, voters in Arizona, Montana, New Jersey, and South Dakota approved measures to legalize the recreational use of marijuana. At the end of March, the New York state legislature passed a marijuana legalization bill that will set aside 40 percent of tax revenue for grants to community groups and local governments to help communities disproportionately affected by harsh drug policies.

The system that California set up has been particularly beneficial to smaller groups that are closest to these communities, says Bonnie Midura, a senior program manager at the California Endowment, a foundation that supported efforts to push for the marijuana grants. State agencies often have rigorous application requirements for nonprofits that can shut them out of the process.

Many of the grantees rarely receive such large amounts of money.

“I’ve had a number of conversations with these organizations where they’ve told us that these are the largest grants that they’ve ever received,” says Matt Cervantes, an official at the Sierra Health Foundation, which manages part of the California effort. “These are well-known advocacy organizations from across the state that have deep history in the philanthropic sector. But a $1 million grant over three years, that can be a total game-changer.”

That was the case for Painted Brain, a relatively new nonprofit in Los Angeles that together with another organization received a three-year, $900,000 grant. The organization provides mental-health services, art programs, job training and placement services as well as legal help for people with mental-health challenges. With the state funding, it has been able to expand programs and think about its future.

“It provides a predictability and security for our organization that allows us to actually think bigger and think about what we really want to be doing,” says Dave Leon, the organization’s executive director.

The state tries to target funds to small community organizations run by people of color that often serve people who have been incarcerated or have otherwise been affected by drug policies, as well as to groups that work to curb drug use. About 45 percent of people served by the programs that have won grants that Sierra Health oversees are Latino, and 35 percent are Black.

Some nonprofits object to the grants

Not all nonprofits and grant makers embrace money tied to marijuana. Using funds generated by the sale of marijuana means programs designed to stop people from using marijuana end up relying on drug use for support.

It’s something Thomas Azzarella, director of the Alaska Afterschool Network, has thought about a lot. Alaska allocates 12.5 percent of its revenue from marijuana sales to fund after-school prevention programs, and Azzarella’s group oversees distribution of the money — $1.25 million to seven organizations in 2019.

He knows he is not going to stop legalization. For him, it’s a question of how to work within the system to do the most good.

“We are not for or against the industry. We recognize if legalization occurs, we need to be focused on prevention,” Azzarella says. “With the new industry comes additional risks and hazards. And this is our way to ensure that the industry is a good partner.”

At the California Endowment, the foundation that supported efforts to establish the state grant program, there was some initial concern that getting involved with marijuana revenue funds would mean condoning use of the drug, Madura says.

But comparing the idea to the state’s use of cigarette taxes to fund children’s programs was helpful. People are going to use marijuana, just like they are going to use cigarettes, she says. The question then becomes how to use that money to help people before they use the substance rather than addressing health concerns after the fact.

“There are these dollars coming in. They belong to the people of California,” she says. “How can they be invested in the most disproportionately impacted communities in California?”