NYC schools to all open in person this fall 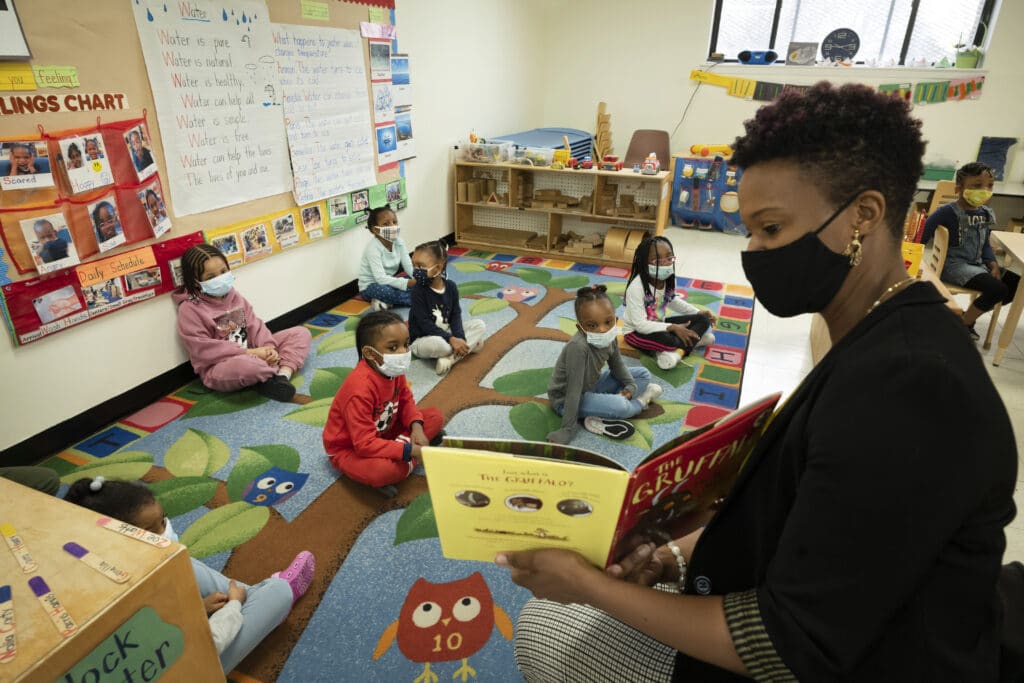 (AP) New York City Mayor Bill de Blasio promised a return to normal for the nation’s largest public school system on Monday as he announced that classrooms will open for in-person instruction in September with no remote option.

“It’s time for everyone to come back,” said de Blasio, a Democrat. “It’s time for us all to be together. It’s time to do things the way they were meant to be done. All the kids in the classroom together getting a great education from educators who care, staff members who care.”

De Blasio said the roughly 1 million students who attend traditional public schools will be in their classrooms with some version of the coronavirus protocols that have been in place in the current academic year, including mask wearing and COVID-19 testing.

After closing schools in March 2020, New York City was one of the first large U.S. cities to reopen school buildings in the fall of that year, but the majority of parents chose online-only learning for their children.

Children and staff members who have been in physical schoolrooms have been randomly tested for COVID-19, and the city has reported very low rates of virus transmission in the schools.

The head of the union that represents city teachers said that while there is “no substitute for in-person instruction,” some students might still need a remote option next fall.

“We still have concerns about the safety of a small number of students with extreme medical challenges,” said Michael Mulgrew, president of the United Federation of Teachers. ”For that small group of students, a remote option may still be necessary.”

Mark Cannizzaro, the head of the union that represents principals, said in a statement: “Our school leaders know how critical it is for students to learn in person next year. With the proper resources and support, our schools will continue to be safe, and the return of all staff for in-person instruction will allow schools to properly program in advance.”

Asked to respond to Mulgrew’s statement, de Blasio said, “We will resume the rules that existed before the pandemic. So there always were rules for providing accommodations for very particular, severe circumstances. That existed before we ever heard of COVID.”

De Blasio, who outlined his plan for September at a virtual news briefing after first announcing it on MSNBC’s “Morning Joe,” said city educators would reassure parents who have kept their children home for fear of the coronavirus by inviting them to visit schools and see how safe they are.

“Anyone who has a question or concern, come into your child’s school. See what’s going on, get the answers,” the mayor said.

De Blasio said declining COVID-19 infection rates and rising vaccination rates in the city mean that a remote learning plan will no longer be necessary.

“We can’t live in the grip of COVID the rest of our lives,” de Blasio said. “It is going to be in our past as a crisis. It may be yet another disease out there like the flu and other things but it will be manageable.”

The announcement came as officials elsewhere in the country were promising a return to classrooms as well.

“Some students and some staff members may need to stay at home until all at schools are vaccinated due to health reasons because they live with an immune-compromised family member,” Beutner said, adding that he expects the majority of students and staff to be at school every day.

New Jersey Gov. Phil Murphy announced last week that the state’s public schools would open for in-person learning only in the fall.

New York Gov. Andrew Cuomo, who has clashed with de Blasio throughout the pandemic over who has the right to set COVID-19 rules in New York City schools, said Monday that he will announce a statewide policy at a later time, adding at a briefing at Jones Beach on Long Island, “If you ask me today, by the current trajectory that we are on, I think there’s no reason why every school shouldn’t be open in September.”

De Blasio said city schools would be able to accommodate all students under current guidelines from the federal Centers for Disease Control and Prevention that call for 3 feet of separation, but he speculated that the standard may be relaxed before the city’s public schools open on Sept. 13.

“I think the CDC’ll be changing those rules quite a bit between now and September,” de Blasio said. “But right now in New York City, we could have every child three feet apart, we could make that work if we had to.”

The school plans come as state and local officials try to entice people hesitant to get vaccinations with incentives ranging from free beers to scratch-off lottery tickets.

Cuomo on Monday announced at Jones Beach that anyone who gets vaccinated in New York through the end of the month can receive a free two-day pass to any state park this summer. The governor also announced that 15 state parks in New York will open pop-up COVID-19 vaccination sites.