Players arriving in Tokyo for Olympics despite COVID-19 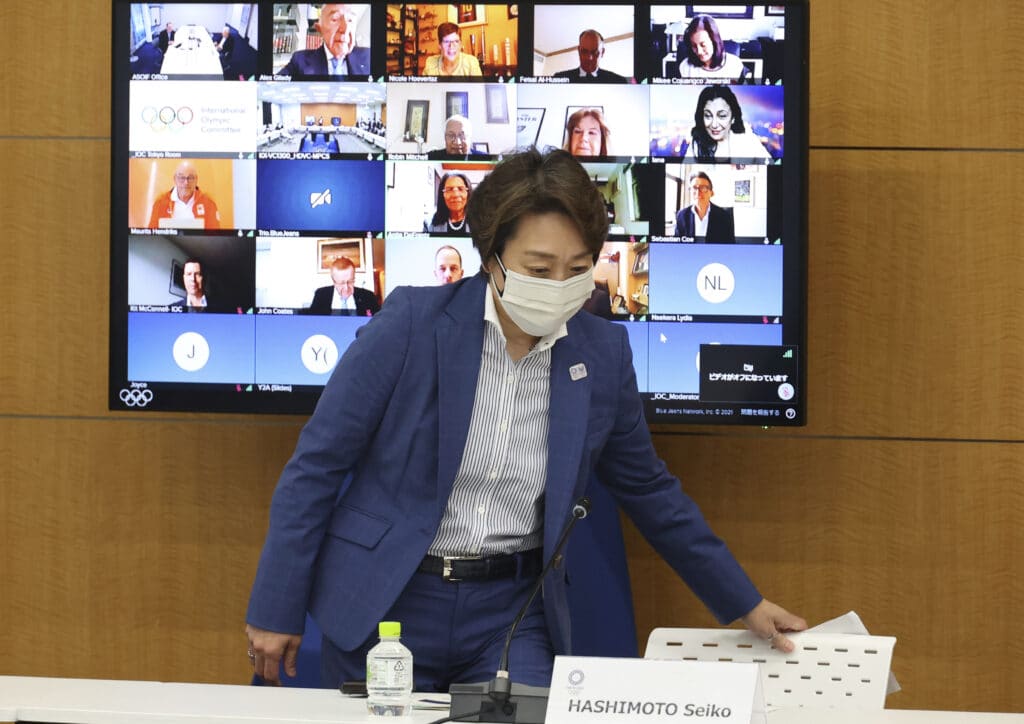 The Tokyo Olympics are plunging ahead, despite a surge in COVID-19 in Japan. One of the first arrivals is Australia’s softball squad, Aussie Spirit. The Associated Press has the story:

SYDNEY (AP) — Australia’s Olympic softball squad left Sydney bound for Japan on Monday and will be among the earliest arrivals for the Tokyo Games.

The so-called Aussie Spirit will be in camp in Ota City, north of Tokyo, and will narrow the squad down from 23 to 15 ahead of their opening Olympic game against host Japan on July 21 — two days before the official opening ceremony.

The softball squad will be arriving at a time of mounting pressure on Japanese organizers, with polls in Japan showing a majority of people want the Olympics delayed again or canceled because of the COVID-19 pandemic.

Fans from abroad have already been barred from attending the Olympics, and there’s increasing speculation that games will be held in empty stadiums.

A state of emergency in Tokyo, Osaka and other prefectures was last week extended until June 20 as COVID-19 cases continue to put the medical system under strain.

Cancellation pressure grows daily on Tokyo organizers and the International Olympic Committee as more questions arise about the risks of bringing 15,000 Olympic and Paralympic athletes from more than 200 countries and territories into Japan.

The IOC says more than 80% of athletes and staff staying in the Olympic Village on Tokyo Bay will be vaccinated. They are expected to remain largely in a bubble at the village and at venues.

Softball Australia chief executive David Pryles said the squad, which hasn’t played international opposition since February 2020, would be taking the “utmost care” in terms of keeping themselves and the public safe.

Team staff and players are all vaccinated

“All staff and players heading to Japan today are fully vaccinated thanks to the Australian Olympic Committee,” Pryles said. “They’ll also be undergoing stringent testing and checks as soon as they land at the airport and throughout their camp and (the) Olympics.”

Pryles said player movements would be restricted to one level of the team hotel in Ota, which would include meals, meetings and gym work, and the stadium where they’ll play a series of games against local professional teams and two games against Japan’s national team.

“We’re incredibly grateful the people of Ota City and their government for hosting the squad who will respect the restrictions placed upon us,” he said.

Ian Chesterman, the head of Australia’s Olympic contingent, said athletes and officials were “very comfortable” with the precautions being put in place for the Tokyo Games.

“These athletes . . . are committed to not only look after themselves but do the right thing by the Japanese population as well, and be ready for the games,” Chesterman said. “And I think we’re very comfortable with the protocols that have been put in place to manage not only this group of athletes but the Australian team when we get there.”

“It’s’ certainly a giant challenge that they face but they are up for that challenge, they want that challenge, and they want to get over there and represent their country and continue the very proud tradition that this team has in Olympic games,” Chesterman said. “It’s an exiting time for all of us involved with the Olympic team because it really is another key milestone that we pass, just have our first athletes heading off to Japan, ready in preparation for the games.”