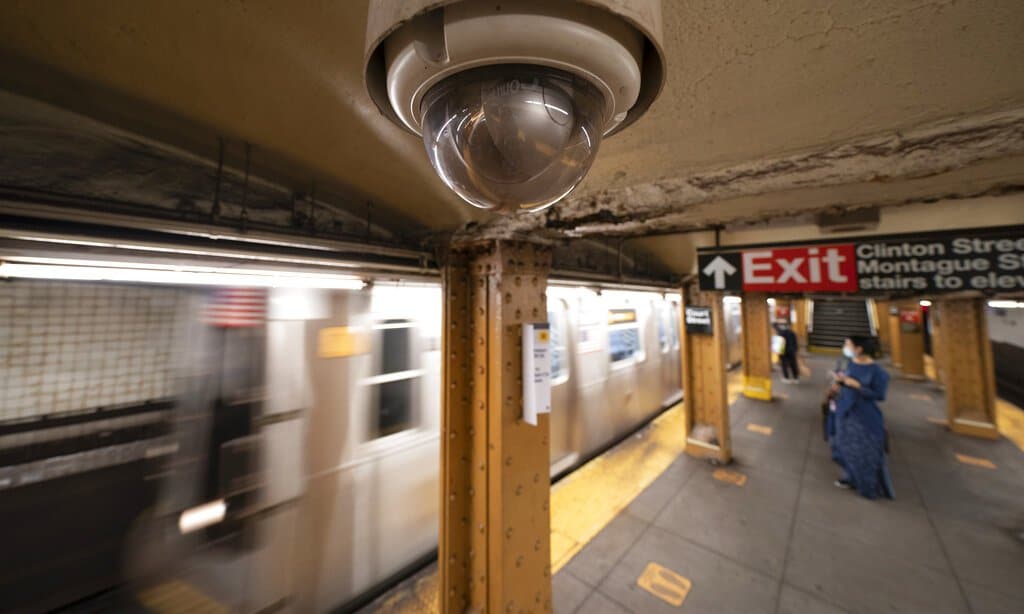 States are increasingly attempting to ban or limit the use of facial recognition technology by law enforcement agencies. Studies have shown that the technology is more likely to mistake images of minorities than whites, resulting in some false arrests. The Associated Press has the story:

COLUMBUS, Ohio (AP) — Law enforcement agencies across the U.S. have used facial recognition technology to solve homicides and bust human traffickers, but concern about its accuracy and the growing pervasiveness of video surveillance is leading some state lawmakers to hit the pause button.

At least seven states and nearly two dozen cities have limited government use of the technology amid fears over civil rights violations, racial bias and invasion of privacy. Debate over additional bans, limits and reporting requirements has been underway in about 20 state capitals this legislative session, according to data compiled by the Electronic Privacy Information Center.

Lawmakers say they want to give themselves time to evaluate how and why the technology is being used.

“I think people are just freaked out, and rightfully so, about this technology,” said Freddy Martinez, director of Lucy Parsons Labs, a Chicago nonprofit that specializes in citizens’ digital rights. “It’s one of those rare issues that’s seen bipartisan support, in that nobody wants to be tracked everywhere they go, especially when you don’t have a choice.”

The issue caught fire in statehouses after law enforcement applied facial recognition technology to images taken from street cameras during last year’s racial justice demonstrations — and in some cases used those to make arrests.

Complaints about false identifications prompted Amazon, Microsoft and IBM to pause sales of their software to police, though most departments hire lesser-known firms that specialize in police contracts. Wrongful arrests of Black men have gained attention in Detroit and New Jersey after the technology was blamed for mistaking their images for those of others.

The American Civil Liberties Union began raising questions about the technology years ago, citing studies that found higher error rates for facial recognition software used to identify people of color. Concerns also have grown because of increasing awareness of the Chinese government’s extensive video surveillance system, especially as it’s been employed in a region home to one of China’s largely Muslim ethnic minority populations.

In March, the ACLU sued Clearview AI, a company that provides facial recognition services to law enforcement and private companies, contending it illegally stockpiled images of 3 billion people scraped from internet sites without their knowledge or permission.

For many, news of that stockpile, first reported by The New York Times, raised concerns that the type of surveillance seen in China could happen in the U.S. and other countries. Cities that passed bans — including Boston; Minneapolis; San Francisco; Oakland, California; and Portland, Oregon — listed concerns about police using the technology secretly among their reasons.

Hoan Ton-That, CEO of Clearview AI, said his company collects only publicly available photos from the open internet that are accessible “from any computer anywhere in the world.” He said its database cannot be used for surveillance.

Ton-That said that, as a person of mixed race, it is important to him that the technology is not biased.

“Unlike other facial recognition technologies that have misidentified people of color, an independent study has indicated that Clearview AI has no racial bias,” he said in a statement. “We know of no instance where Clearview AI’s technology has resulted in a wrongful arrest.”

But the pushback against the technology has continued.

Last year, New York imposed a two-year moratorium on use of the technology in schools after an upstate district adopted facial recognition as part of its security plans and was sued. A state ACLU executive called it “flawed and racially-biased” technology that didn’t belong in schools.

That came on the heels of the nation’s first ban on government use of the technology, in San Francisco in 2019, and a statewide three-year moratorium on police departments using facial recognition from videos shot with body cameras that California imposed later that year.

No restrictions at the federal level

No such restrictions exist at the federal level. Variants of facial recognition technology were used, including by ordinary people, to help identify those who took part in the deadly insurrection at the U.S. Capitol on Jan. 6. Police also used it at some protests last year staged against coronavirus-related mask mandates, and some activists have used it to identify police officers engaged in misconduct.

This February, Virginia lawmakers passed one of the most restrictive bans of them all. It prohibits local law enforcement agencies and campus police departments — though not state police — from purchasing or using facial recognition technology unless expressly authorized by the state legislature.

Police groups are pushing for the prohibitions to be revisited.

He said facial recognition technology is just one tool used by police agencies — and not to the extent politicians suggest.

“I’ve never heard of anybody sitting around a computer monitor searching for people all day, every day. It doesn’t work that way,” he said. “Agencies have rules. They have governance of how and who has access to these databases. They have to have a legitimate, rational reason for doing it.”

Thompson’s association produced a report detailing example after example of the technology being used for good to snag drug dealers, to solve murders and missing persons cases, and to identify and rescue human trafficking victims. Most often, a face is compared against a database of known subjects. The vast majority of images are criminal mugshots, he said, not driver’s license photos or random pictures of individuals.

A new Massachusetts law tries to strike a balance between civilian and police concerns. It allows police to benefit from the technology while adding protections that could prevent false arrests.

In Ohio, Republican Attorney General Dave Yost headed off a restrictive law on facial recognition data — at least so far — by conducting his own investigation into the state’s images database in response to a Georgetown University Law Center report that found immigration officials were applying the technology to driver’s license photos in some states.

Martinez, of the Lucy Parsons Lab, said he’s not reassured.

“I really do think this is one of these tools, let’s say, science shouldn’t be using. It’s uniquely bad in ways other technologies are not,” he said. “People nationally want police to do their jobs, but there are certain lines we don’t let them cross. This crosses that line.”