Sánchez: Spain is Morocco’s Ally, and will defend its interests 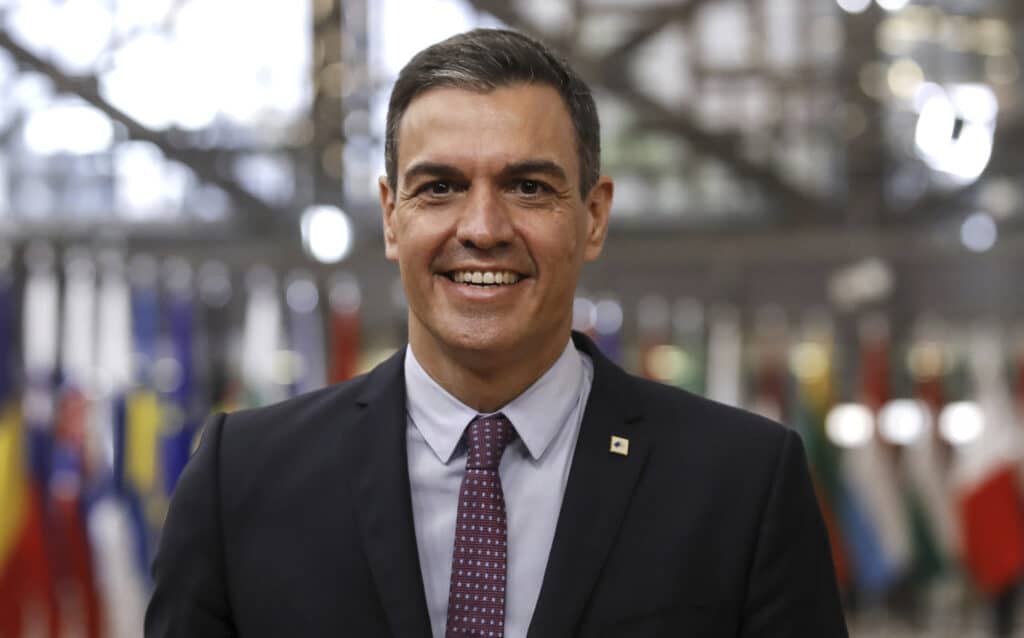 Sánchez: Spain is Morocco’s Ally, and will defend its interests!?

In the middle of the most serious diplomatic crisis between Morocco and Spain, Spanish prime minister Pedro Sanchez made some very surprising declarations, underlining the importance of his country’s ties with the North African kingdom, when some analysts showed their doubts regarding Sanchez’s declarations, others have considered it as a clear sign of Spain’s will to resolving the conflict and save its vital economic interests with Morocco. “it’s nothing but Sanchez’s maneuver to calm down the tensions without making any diplomatic or political concessions” said a Moroccan student resident in Washington, DC.

More on Sanchez’s declarations by AP

MADRID (AP) — Prime Minister Pedro Sánchez said Monday that Spain is an ally of Morocco, and Madrid will defend both countries’ common interests at the European Union, in remarks that came a week after bilateral relations dipped to a decades-old low over migration and Western Sahara.

Spain has provided medical treatment for the Sahrawi leader leading the fight for an independent Western Sahara, which was annexed by Morocco in the 1970s. Rabat has reacted furiously and recalled its ambassador in Madrid.

“There is no better or greater ally within the European Union than Spain to defend strategic interests so important for Morocco and so necessary for the European Union as well,” Sánchez said in Brussels before a summit of the bloc’s leaders.

The diplomatic spat resulted in the sudden arrival of at least 8,000 migrants in Spain’s northern African enclave of Sabta (Ceuta). Spain says most of the adults have been returned in summary pushbacks that have been criticized by human rights groups, but at least 800 unaccompanied minors remain in government and charity shelters in Ceuta.

In his remarks, Sánchez said that Spain is looking to rebuild its relationship with Morocco as long as it’s based on “trust and respect for the borders of Europe.”

Moroccan authorities have urged the Spanish government to ensure that Brahim Ghali, a founder and current head of the Polisario Front, faces Spanish justice for possible genocide and other crimes that pro-Rabat groups have brought against him.

Ghali is recovering from COVID-19 in a hospital in northern Spain, where he arrived under a different name with an Algerian passport. Spain says it has the right to provide Ghali with humanitarian help. Read more international news