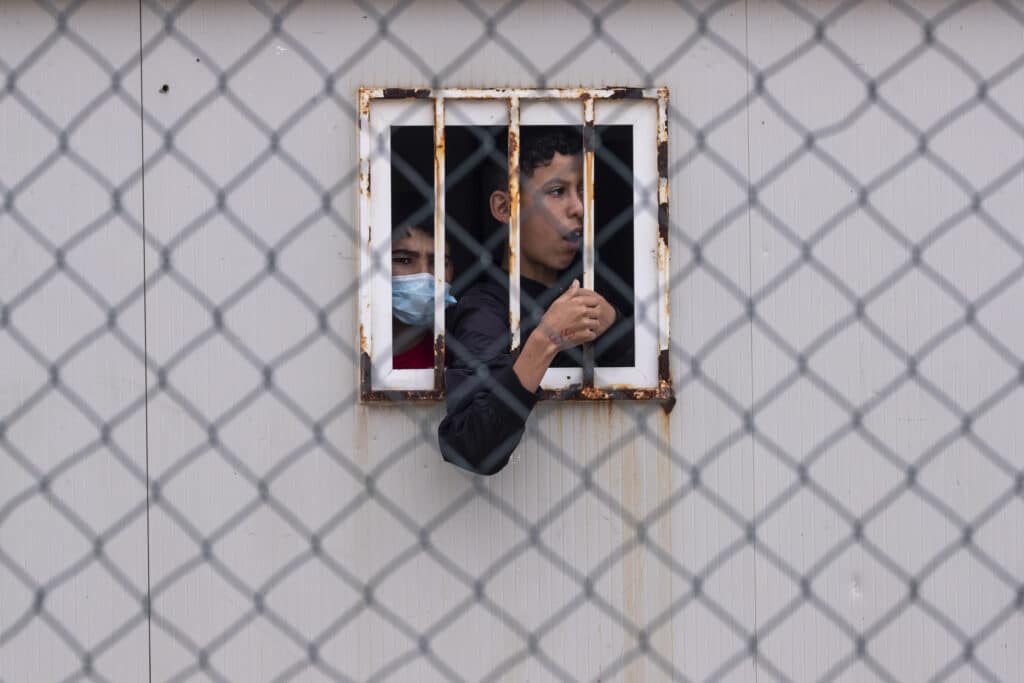 Following the recent arrival of few thousand Moroccan citizens into the Spanish-occupied city of Sebta (so-called Ceuta) in Spain, many official and media reactions have generated a distorted picture of events, not honestly putting the problem in its correct context. Claiming that Moroccan officials incited illegal immigration, those fishing in troubled waters ignored the good neighborliness and common historical interests that unite the kingdom of Morocco and its Spanish counterpart.

This spin was blatantly apparent in an article published by The Economist on May 20, titled: “King Muhammad of Morocco weaponises migration.” The magazine portrayed events in a certain way that fit their editorial line, which had nothing to do with the historical role that Morocco has played and is playing as one of the most important allies of the U.S. and the West in general, in facing illegal immigration and confronting terrorism.

The title accuses the King of Morocco of weaponizing immigration without bothering to point out the most relevant historical and geographical fact about the two countries, which is that the city of (Ceuta) is not a Spanish city, but rather a present-day Spanish colony and is located geographically on the soil of the Kingdom of Morocco. Morocco has never stopped raising the issue of (Ceuta) and Melillia since the kingdom’s independence in 1956. Consequently, the entry of a group of Moroccan citizens into the colonial heap does not constitute a crime in the view of Moroccan law, because Morocco believes the city is theirs. Its people are bound by familial relations with the rest of the neighboring Moroccan cities.

Related: Morocco scolds Spain for receiving the leader of the polisario

Notably, the Moroccan monarch, Mohamed VI (a strong friend of the U.S.), did not express any opinion on the issue of illegal immigration. Therefore, saying that the King of Morocco is arming immigration is really defamation against the king of an allied state. Morocco’s official statements came in a purely diplomatic context, and they are not new. Morocco affirmed that its commitment to fighting illegal immigration is a principled commitment and not because it plays the role of an enforcement officer on the southern Spanish and European borders.

Ironically, The Economist attempts to divert its readers to the problem of Western Sahara, a media maneuver that had nothing to do with the truth in this current conflict. The subtitle says, “He wants Spain to accept Morocco’s occupation of Western Sahara.”

But the reality is, the diplomatic crisis between Spain and Morocco began when Spain allowed the head of the separatist Polisario Front, Brahim Ghali, to enter the country for humanitarian reasons, the treatment of COVID-19, as reported by Spanish Foreign Minister Arancha González. Ghali heads a movement that wants to separate Western Sahara from Morocco. This is the Western Sahara issue – which the U.S. has already made a decision regarding under former President Donald Trump.

So making illegal immigration the core of the Moroccan-Algerian dispute over the Western Sahara is incorrect. The magazine adopted an analysis that reeks of unprofessional journalism and is contrary to the facts. The article states:

Morocco’s current king, Muhammad VI, felt empowered by the decision in December of Donald Trump, then America’s president, to break the international consensus and recognize Morocco’s sovereignty over Western Sahara in return for its recognition of Israel. Morocco wants Spain to follow suit. That is hard for two reasons. As the former colonial power, Spain feels a responsibility to support United Nations resolutions which require Morocco and Polisario to negotiate. In fact, there is almost no chance of the dispute being settled. Moroccan control is a reality; Polisario holds only 20% of Western Sahara, deep in the desert interior. The second reason is that Spain depends on Algeria, Polisario’s main backer, for a third of its imports of natural gas.

The magazine is clearly aligned with Algeria and the Polisario Front in its opposition to the United States’ recognition of Morocco’s sovereignty over the Sahara, and even goes so far as to describe the U.S. position as contrary to the international consensus. The Economist is blatantly looking for justifications for the Spanish position towards the issue of Western Sahara.

In contrast to that biased article, the Associated Press published an article accompanied by pictures that show the inhumane conditions suffered by Moroccan minors who are detained by Spain. The AP reported:

Spain expels 6,600 Moroccans from Ceuta back to Morocco

Officials in (Ceuta), a Spanish enclave in north Africa, were getting flooded with calls from Moroccan parents while trying to speed up family reunions after hundreds of children and teenagers were swept up in a diplomatic storm between Spain and Morocco.”

Mabel Deu, a local government minister and spokesperson for the autonomous city, said Friday that a hotline set up the day before had received 4,400 calls from desperate relatives seeking information.

So far, authorities have confirmed 438 unaccompanied minors were among more than 8,000 people who arrived in Ceuta from Morocco between Monday and Wednesday by scaling a border fence or swimming around it. Social service workers were checking the ages of many more young people who are in shelters or roaming the streets, Deu said.

“Our goal is that they reunite with their parents as soon as possible because we understand the anguish and worry of many families who don’t know where their children are,” she said.

Morocco has taken back over 6,600 of the migrants who made it to Ceuta, Spanish authorities said. Entering the city put them in European Union territory, and hundreds of thousands of asylum-seekers attempt to reach Europe from Africa each year.

Many of the worried relatives calling the hotline are just a few miles across the border, in the Moroccan city of Fnideq. But stepped-up vigilance along an 8-kilometer-long (5-mile-long) border and the overwhelmed resources on the Spanish side making the reunions difficult.

Fatima Zohra told The Associated Press that other girls pushed her 14-year-old daughter to cross the border without her mother’s knowledge. Zohra said she spotted her daughter on social media in photos from inside the warehouse where Spanish officials are keeping the minors while they process them.

“Please help me find my daughter,” she said. “We always provided for her. We have money. Her father works in a private company.”

Spain is legally obliged to care for young migrants until their relatives can be located or they turn 18. Authorities are deciding where in the Spanish mainland to distribute 260 of the ones in Ceuta, who are being transferred to make room for new arrivals.

But reunions are also proving difficult to bring about, Deu said. Some of the children told social services they really want to stay, even against their parents’ wishes. Others can’t get home soon enough.

“I want to leave this place. I don’t want (Ceuta). I want Morocco,” AP reporters heard a girl crying at a center where makeshift cabins have been installed for the children.

Save The Children, an international non-profit, said in a statement that speeding up the return of the minors should be done on a case-by-case basis and upholding the child’s safety and interests above everything else.

While blaming Spain for creating a diplomatic dispute by hospitalizing the leader of the Polisario Front, Moroccan authorities deny that they encouraged this week’s mass crossings to Ceuta.

Witnesses and reporters, including AP’s, have described seeing the border guard relaxed. But at least two Moroccan officials have separately attributed the massive surge to favorable weather or a consequence of troops being tired following Ramadan celebrations.

Adult migrants remaining in Ceuta were scattered between makeshift shelters and a migrant holding facility where some asylum seekers were taken. Many, especially Moroccans, were also roaming the streets, hiding from police patrols rounding up migrants and trying to find a way into the European mainland.

No more migrants arrived in the city without authorization for the third day in a row after Moroccan authorities stepped up vigilance on their side. However, security forces on both sides of the fence separation Morocco from Melilla – another Spanish territory in northern Africa – repelled groups of youths trying to reach (Spanish soil). The government said at least 30 of them made it in.

Sovereignty claims over Ceuta and Melilla by Morocco have been an intermittent flashpoint between the two Mediterranean neighbors.

Read More By the Author