Sec. of State Antony Blinken stands up to Russia 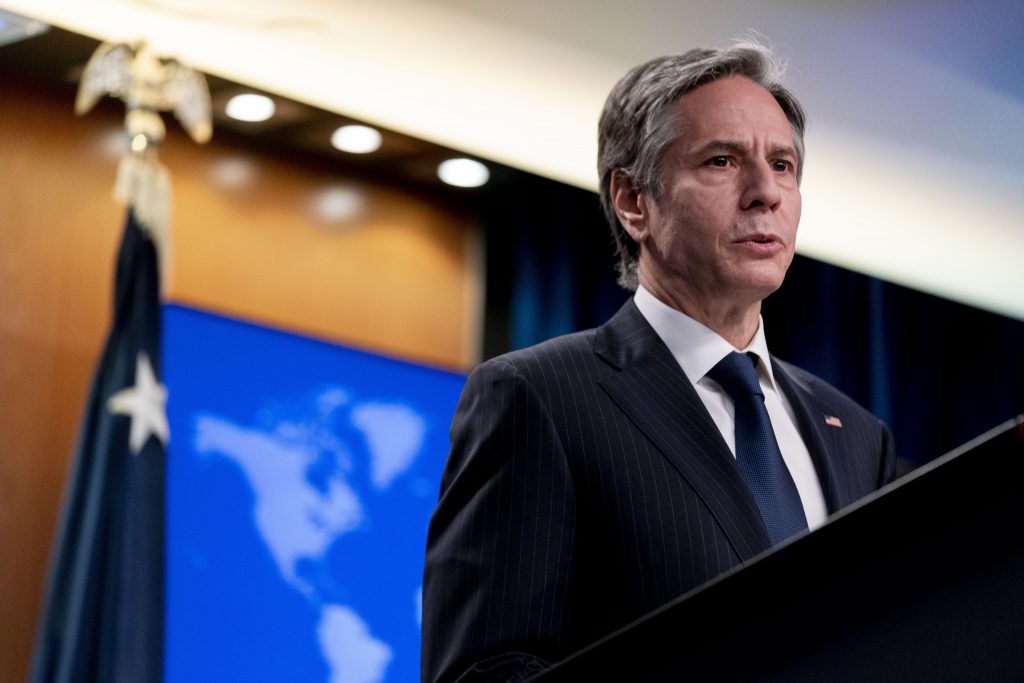 In a phone call with Russian Foreign Minister Sergey Lavrov, Secretary of State Antony Blinken said the U.S. would not hesitate to respond to aggression by Russia. The two will participate in face-to-face talks next week during a meeting in Iceland. The Associated Press has the story:

Blinken to Russia: US will not hesitate to respond to aggression

WASHINGTON (AP) — Secretary of State Antony Blinken told his Russian counterpart on Wednesday that the Biden administration will not waiver in responding to aggression from Moscow in the United States or elsewhere.

The State Department said Blinken made that point in a telephone call with Russian Foreign Minister Sergey Lavrov before what will be their first face-to-face talks next week on the sidelines of an Arctic Council meeting in Iceland. That meeting is aimed at preparing for a planned summit between President Joe Biden and Russia’s Vladimir Putin in June.

The department said in a statement that Blinken reaffirmed Biden’s “resolve to protect U.S. citizens and act firmly in defense of U.S. interests in response to actions by Russia that harm us or our allies.” Blinken also raised the cases of two Americans detained in Russia on what the U.S. says are unjust charges.

Relations between the two counties have plummeted in recent months, and the Wednesday’s call came as tensions are running even higher over numerous issues. Those include Russia’s troop buildup along its border with Ukraine, allegations of Russian meddling in U.S. elections and the recent cyberattack blamed on a Russia-linked criminal network on a key American oil pipeline.

Blinken visited Ukraine last week where he underscored the administration’s resolve to stand with the country as it copes with intensified Russian activity along the border and Russia’s stepped-up support for separatists in the eastern part of Ukraine.

Apart from Ukraine, the Biden administration last month took a number of steps to retaliate for what it said were malign Russian activities in the United States, including expelling Russian diplomats and hitting the country with additional sanctions. Russia has retaliated in kind with diplomatic expulsions of its own.