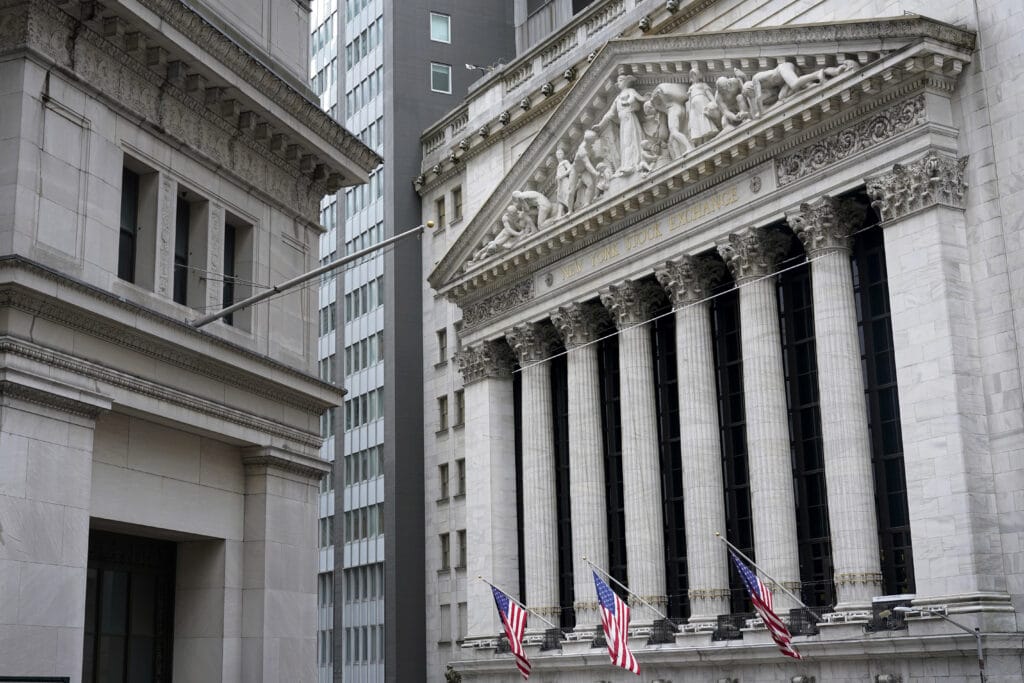 Investors appeared to shrug off fears of inflation, ending the stock market this week with modest gains. A few weeks ago, inflation was a factor in stock performance. The Associated Press has the story:

(AP) Stocks held on to modest gains on Wall Street Friday, ending the week higher for the first time in three weeks. The S&P 500 added 0.1%, led by gains in technology and health care companies. The benchmark index added 1.2% for the week. Salesforce.com rose 5.4%, the biggest gain in the S&P 500, after reporting solid results for its latest quarter. Investors took in stride a report showing that a closely watched measure of inflation came in somewhat hotter than expected last month. The yield on the 10-year Treasury note slipped to 1.58%. U.S. markets will be closed Monday for Memorial Day.

Stocks were slightly higher Friday, as investors shrugged off the latest economic data that showed inflation accelerating in the U.S. economy. The market is on pace for its first weekly gain in three weeks.

Bond yields remained steady on the news, with the 10-year U.S. Treasury note trading at 1.58%, roughly where it’s been all week.

“You’re not seeing big spikes in rates when inflation data comes out a little high and that’s a sign of relief for the markets,” said Jamie Cox, managing partner at Harris Financial Group.

The calm rise of the market this week, steady bond yields, and a lack of a reaction to the latest inflation data signals that investors are less worried about long-term inflation issues than they were a few weeks ago. Investors also got key economic measures of GDP growth and falling unemployment this week.

An uptick in travel for the Memorial Day weekend is another signal that the economic recovery is pushing ahead. More than 1.8 million people went through U.S. airports on Thursday, and the number was widely expected to cross 2 million over the weekend. That would be the highest since early March 2020. AAA expects a 60% jump in travel over the same holiday weekend last year, with 37 million Americans traveling at least 50 miles from home, most of them in cars.

Most policymakers have said they expected some level of inflation as the U.S. economy recovers from the pandemic, helped by trillions of dollars of economic stimulus, however they expect the inflation to be temporary.

Investors will get additional guidance from Washington later Friday when President Biden unveils his $6 trillion budget. While Biden’s budget is only a proposal, it would be the highest level of spending as a segment of the economy since World War II.

Democrats control both the House and Senate, and the Senate can pass budget-related items without needing the 60-vote threshold, so it’s likely a good number of Biden’s items will make it into the final version.

Electronics maker HP fell 8.2% for the biggest decline in the S&P 500 after the company issued a weak full-year forecast to investors.