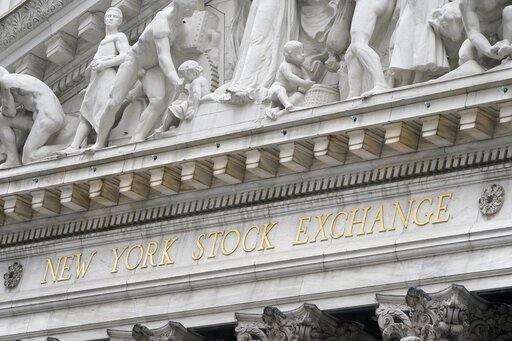 As the economy improves, stocks are following right along. Monday was a good day for the stock market as gains followed the news on Friday of increases in the job industry. The Associated Press has the story:

(AP) Stocks rose broadly on Wall Street in afternoon trading Monday as investors welcomed more signs that the economy is on the path to recovery.

The U.S. government reported last week that employers went on a hiring spree in March, adding 916,000 jobs, the most since August. Traders had a delayed reaction to the encouraging jobs report, which was released on Friday when stock trading was closed. Investors were further encouraged by a report Monday showing that the services sector recorded record growth in March as orders, hiring and prices surged.

Both employment and the services industry have been lagging other areas of the economy throughout the recovery. Analysts have said that both need to show signs of growth in order for the recovery to remain on track. COVID-19 and the potential for a spike in cases remains a concern, but the strong rollout of vaccinations is making an eventual return to normal for many people seem clearer and closer.

Tesla also surprised investors with a report that vehicle deliveries doubled during the first quarter.

Treasury yields were mostly lower. The yield on the 10-year Treasury note, which influences interest rates on mortgages and other consumer loans, slipped to 1.71% from 1.72% last last week.

The gains were broad, with nearly every sector rising. Companies that stand to benefit from a broader reopening of the economy and economic growth also did well. Norwegian Cruise Line jumped 7.1% for the biggest gain in the S&P 500 as it seeks permission to restart cruises out of U.S. ports in July with a vaccination requirement for passengers and crew members. Rival Carnival rose 5.7% and Royal Caribbean gained 4%.

Markets in Europe and Greater China were closed for holidays. The Nikkei 225 in Tokyo rose 0.8% while the Kospi in Seoul gained 0.3%.

Previous Article
Biden’s handling of migrant children: Many in U.S. disapprove
Next Article
Big names in entertainment this week