Stocks up and down, end somewhat higher 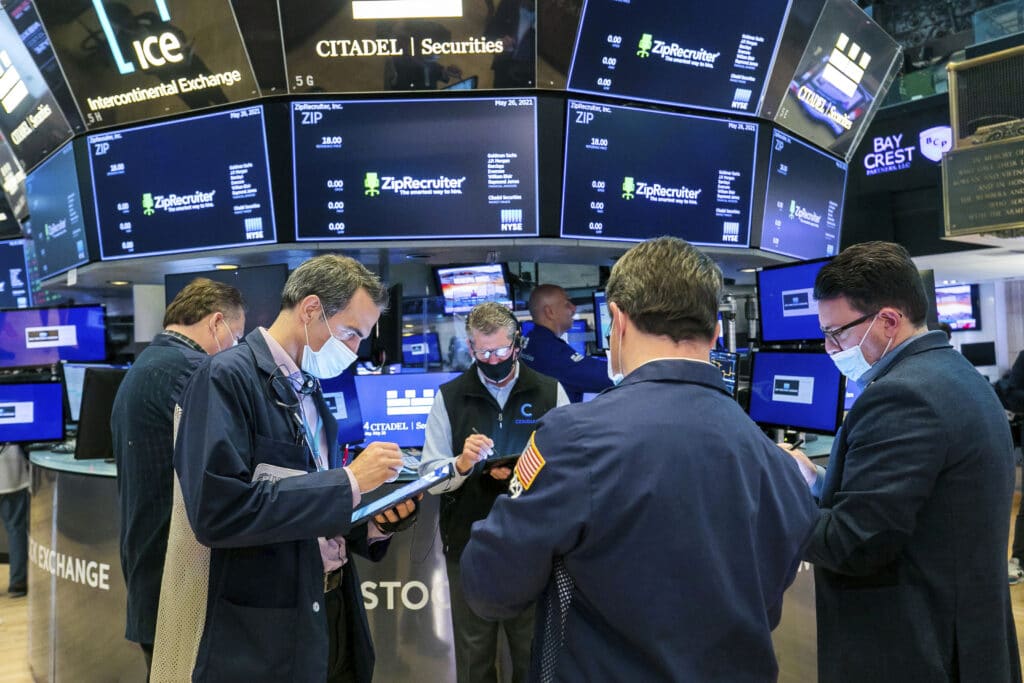 There were lots of gains in the stock market on Wednesday, tempered by declines in health care, technology and other stocks. Smaller company stocks and Treasury yields performed well. The Associated Press has the story:

Good day for stocks on Wednesday

(AP) A choppy day of trading on Wall Street ended with stocks closing higher Wednesday, reversing much of the S&P 500’s modest pullback the day before.

The benchmark index ended just under 0.2% higher after wavering between small gains and losses. Retailers and other companies that rely on consumer spending made solid gains. Communication and financial stocks also helped lift the market. The S&P 500’s gains were tempered by declines in health care, technology and other stocks.

Markets have been bumpy over the last few days as investors move past a stellar corporate earnings season and await additional clues on economic growth and inflation, which has been rising.

“That’s just going to be the state of the market environment for some time to come,” said Kristina Hooper, chief global market strategist at Invesco.

The S&P 500 hit an all-time high on May 7th, but then fell for two straight weeks heading into this week. The index is on track for a gain this week of about 1%.

Retailers, hotels and cruise lines are poised for growth as more people get back to some semblance of normal with vaccinations increasing and the pandemic seemingly receding.

The next key economic update is set for Thursday, when the Commerce Department releases its latest GDP report for the first quarter. Economists are expecting a huge rebound in 2021 and results from the beginning of the year will give Wall Street a clearer picture moving forward.

The growing economy has also raised inflation concerns, though analysts expect that much of the increase will be tied to economic growth and will be digestible. Concern centers around stronger inflation prompting governments and central banks to roll back economic stimulus and change course on interest rates. Federal Reserve officials have said that they see no need yet to change course.

Bond yields, which rose sharply earlier in the year, remained relatively steady. The yield on the 10-year Treasury rose to 1.58% from 1.56% from late Tuesday.

“Investors need to stop worrying about short-term concerns around The Fed and inflation,” Hooper said. “That’s really creating a lot of the churn we’re seeing.”

Online retail giant Amazon is buying MGM, the movie and TV studio behind James Bond, “Legally Blonde” and “Shark Tank,” with the aim of filling its video streaming service with more shows to watch. The announcement left the stock little changed.

Markets in Europe were mixed and markets in Asia were broadly higher.