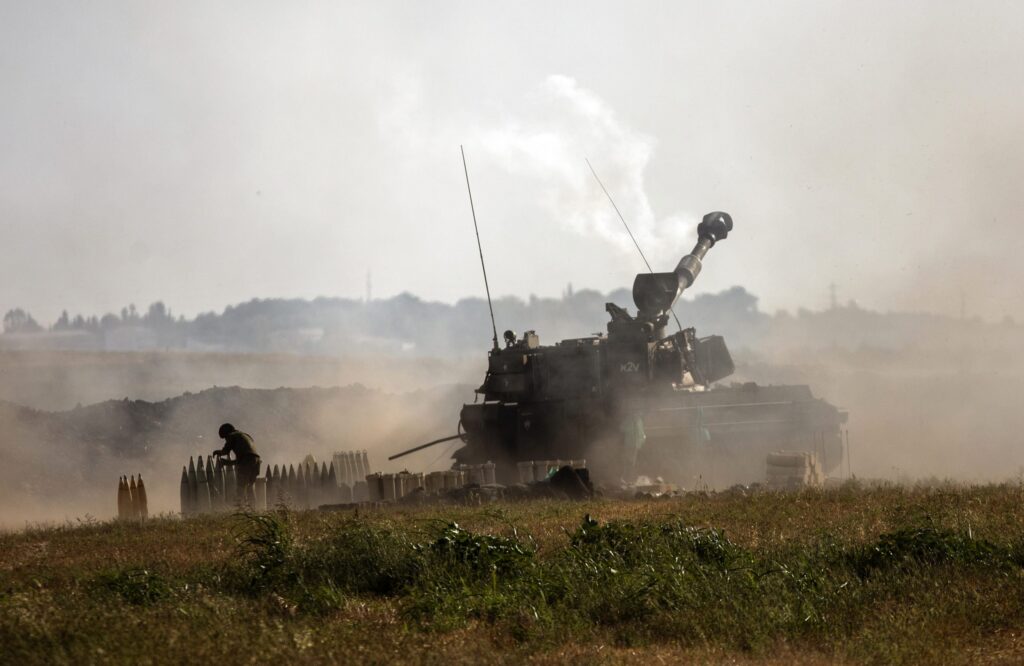 In the midst of the many global changes and rising economic and health problems over the past two years, the Palestinian cause has once again reemerged at the center of the world stage. All due, of course, to the relentless and spiking Israeli violations of Palestinians rights, and the ‘settlers’ campaign to expel dozens of Palestinian families from their homes in the Sheikh Jarrah neighborhood of occupied East Jerusalem.

The violence erupted after weeks of tensions between the Palestinian and the Israeli occupation authorities in occupied East Jerusalem, (now entering its 55th year of occupation). Clashes culminated in the courtyard of Al-Aqsa Mosque, when the occupation authorities prevented worshipers from praying. As a result, the Hamas movement, which controls Gaza, began firing rockets at Israel after its warnings to Israel to reverse course on forced-evictions failed.

With Palestinians insisting on defending their homes against forced expulsions to make room for more Israeli settlements in East Jerusalem, a ferocious Israeli air assault against the besieged Gaza Strip began on the tenth of May (ending on the 21st), killing more than 254 Palestinians, including 67 children and 39 women and left thousands wounded. Eleven Israelis were killed as a result of Hamas rockets and others wounded (figures remain unknown on wounded Israelis.)

Israel’s assault destroyed large parts of Gaza’s already dilapidated infrastructure, worsening a chronically disastrous human condition. The UN reported that 40 schools and 4 hospitals were totally destroyed, in addition to the now famous Al-Jalaa Tower in central Gaza, where journalists, foreign and local (including Aljazeera, and U.S media outlet, The Associated Press AP), lived and worked, under the pretext that journalists “drank their morning coffee with Hamas member,” a charge vociferously refuted by AP and others.

The international community’s reaction to the Israeli air strikes against the Gaza Strip was limited to the familiar pattern by calling on world leaders and humanitarian organizations to take the necessary measures to prevent further deaths and chaos resulting from the destruction of buildings and infrastructure.

Although the Palestinian-Israeli conflict was no where on the priorities list of the Biden Administration upon arrival at the White House beyond paying lip-service to the Two State solution mantra, and the previous administration all but liquidated the Palestinian cause, one would be remiss not to note an uncomfortable flurry of statements expressing “concern” about the violence and the loss of lives and the “both-sidness” of it all, by both, The White House and the State Department.   The president finally called for a ceasefire, after nine days of Israel’s punishing obliteration of Gaza, and almost simultaneously with agreeing to an additional $735 million in arms sale to Israel, despite the intensification of calls by many progressive Democrats to tie US aid to Israel to a set of conditions, including stopping its horrific killing of Palestinian children.

The US administration chose not to direct any criticism at Israel over clashes between its police and Palestinians inside the Al-Aqsa Mosque compound in Jerusalem, or the heavy hand it levied on its on Palestinian citizens for expressing solidarity with Palestinians in East Jerusalem or Gaza.

Biden has also refused to publicly condemn Israel’s round the clock devastating air raids on Gaza, and the United States blocked the United Nations Security Council from issuing a statement on the conflict calling on Israel to stop its military aggression. Over and over again, the Biden administration emphasized Israel’s right to defend itself; a euphemism for Israel can use all the American weapons in its position as excessively as it wants, and with virtual impunity, against a virtually defenseless population.

To his credit, a mere four days after the ceasefire took effect, Biden sent his Secretary of State, Anthony Blinken, on a two-day dizzying shuttle sojourn to Jerusalem, Ramallah, Cairo and Amman, to calm allies and placate Palestinians on America’s interest in the chronic conflict, and to exhibit its credentials as the undisputed global power-broker. But Biden’s position, and the administration’s body-language was: there will be no return to the periods when Washington invested huge efforts to broker “peace deals” in the Middle East, because, lets face folks, the peace process is a low priority for the Biden administration. In the words of former Middle East peace negotiator Aaron David Miller, “Biden is forced to deal with the greatest challenge facing the United States since Franklin Roosevelt, and that is why the current administration is carefully selecting foreign policy issues that the United States will engage in.”

Add to that all the disincentives a full Biden engagement with any future peace efforts maybe fraught with. For starters, any serious American engagement would require lots of genuine pressure by Biden on any Israeli government, an Endeavor not too appealing in the Washington political landscape, if not all-out detrimental to political careers and tenures.

Even if he wants to utilize his prestige and weight to bring pressure to bear on Israel, Biden may not have the ability to confront Congress and a majority of its members of both Republican and Democratic parties who are knee-jerk opponent of any pressure or condemnation of Israel no matter what, despite a changing tone among progressive Democrats.

And that is to say nothing of the wreckage American efforts left behind in the pursuit of the much touted two-state solution because of Israel’s adamant rejection of the idea.

For now, the ceasefire in Gaza is holding, in large part because the U.S. is putting its weight behind it. But promises of aid and commitments to rebuilding Gaza notwithstanding, the US position will more than likely remain as it is, or become (limitedly) more engaged, only to stop a total human catastrophe in Gaza, or a wholesale ethnic cleansing campaign by Israel of Palestinians in the occupied West Bank or East Jerusalem.

That is not to say that the U.S. will not support diplomatically and financially the launching of initiatives from countries concerned with the Palestinian issue, led by Egypt as we are seeing now More By The Author