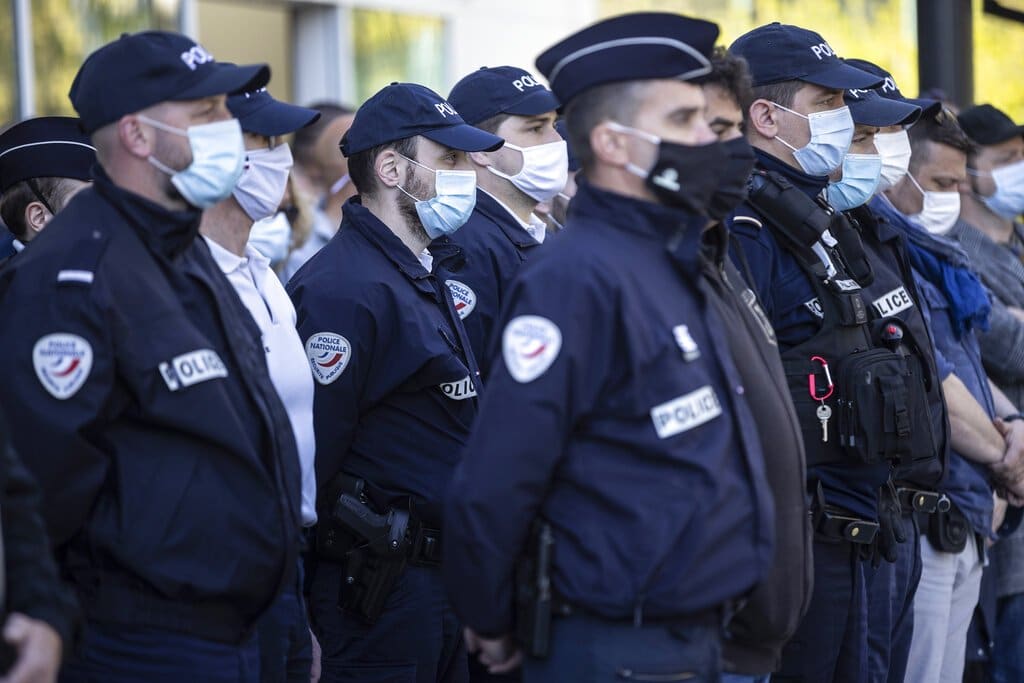 On Monday, over 1,000 attended a tribute for a French police official killed inside her police station by a terrorist from Tunisia. A group of imams organized another small tribute in Rambouillet on Monday to honor the slain official and show their support for police and national unity. The Associated Press has the story:

RAMBOUILLET, France (AP) — Masked and in silence, more than 1,000 police officers, family members and others paid homage Monday to a French police official killed inside her police station in what authorities are investigating as a terrorist attack.

Neighbors, colleagues and friends of the victim joined local officials at the tribute ceremony in front of the town hall of Rambouillet, a quiet Paris suburb rocked by Friday’s stabbing by a suspected Islamic extremist.

“A flame has been extinguished in everyone’s heart,” Mayor Veronique Matillon told the crowd, honoring a woman who “was killed while serving out her functions.” The victim was identified publicly only as Stephanie M.

From Marseille on the Mediterranean to Strasbourg on the German border, police unions held small, wordless gatherings in front of police stations across France at the same time as the one in Rambouillet.

At the Rambouillet tribute, local teacher Adrienne Nkemba described her distress and that of her students after the stabbing.

“This really hit us,” she told The Associated Press. “My children at school … they only talked about this all day.”

Meanwhile, a group of imams organized another small tribute in Rambouillet on Monday to honor the slain official and show their support for police and national unity.

The attacker “betrayed us,” said imam Hassen Chalgoumi. At his side, rabbi Levi Matusof urged France to denounce terrorism and “to say together, never again.” Along with about a dozen supporters holding single white roses, they then sang the French national anthem.

The attacker stabbed her at the entrance of the police station

French police killed the 37-year-old Tunisian attacker shortly after he stabbed the unarmed administrative employee on Friday at the entrance of her police station.

Three people remain in custody as part of the anti-terrorism investigation seeking to identify potential accomplices and motives, a judicial official said Monday. France is working with Tunisian authorities on the investigation. Authorities said the attacker didn’t have a previous criminal record and hadn’t been flagged for radicalization.