What is happening with COVID-19 around the world 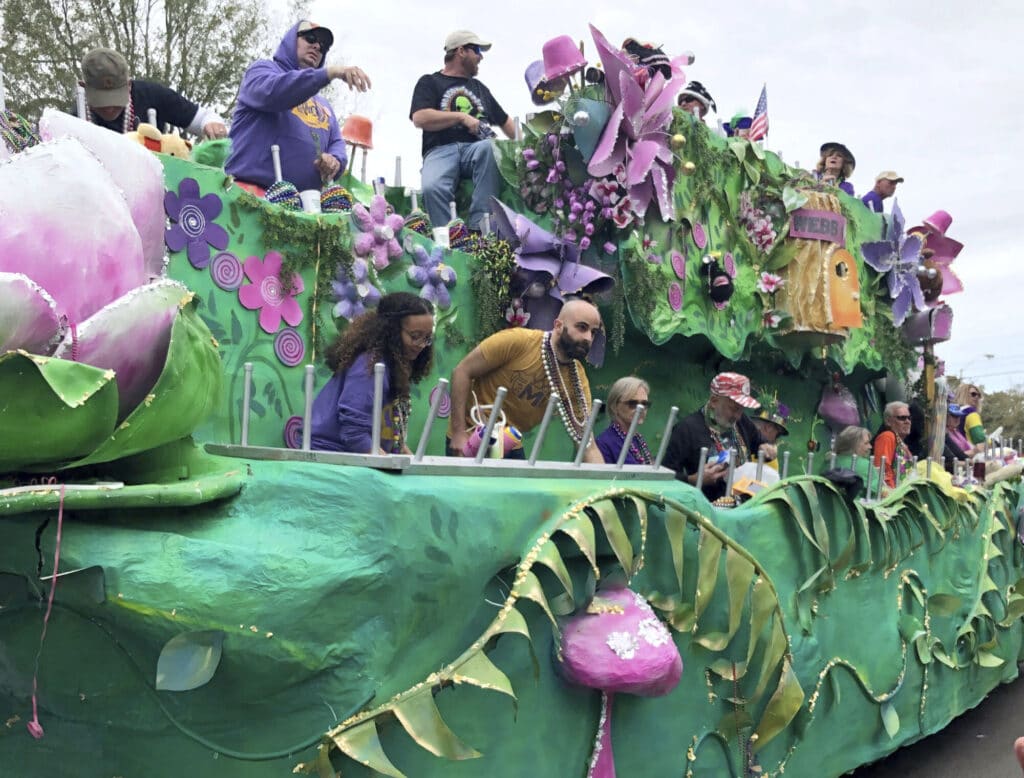 California is relaxing its COVID-19 restrictions as the virus recedes. Thailand is using dogs to sniff out the virus. Egypt is going to start manufacturing China’s Sinovac coronavirus vaccine. The Associated Press has those stories and more about COVID-19:

SACRAMENTO, Calif. — California’s top health official says the state no longer will require social distancing and will allow full capacity for businesses when the state reopens on June 15.

Some recently reported daily infection cases have fallen below 1,000 and currently there are about 1,300 people in hospitals with the virus.

California was the first state to issue a statewide shutdown as the virus emerged in March 2020. At the start of 2021, it was the nation’s epicenter. There’s been nearly 63,000 confirmed deaths from the virus in California, the most of any state in the nation.

Thailand is using dogs to sniff out the coronavirus during its recent surge in cases.

Angel, Bobby and Bravo are among six Labrador retrievers trained by researchers at the veterinary faculty of Bangkok’s Chulalongkorn University to sniff out a unique odor that people with coronavirus produce in their sweat, the researchers say.

Since May 10, the three have tested more than 1,000 samples from college staff, students and people outside the university.

The results so far are impressive. After a few seconds of sniffing sweat samples placed in metal containers, the dogs can tell which people have the virus. If there’s no trace of infection, the dog will walk pass the sample. If it is positive, it will sit in front of it.

Chancellor Angela Merkel has urged Germans to behave responsibly as large parts of the country relax more pandemic restrictions at the start of the Pentecost weekend.

Beer gardens, cafes and restaurants in Berlin and elsewhere started serving customers outdoors for the first time in months on Friday — provided they present a negative COVID-19 test or a vaccination certificate.

By Friday, most of Germany’s 400 cities and counties had a weekly case number below the threshold of 100 per 100,000 inhabitants that triggered strict lockdown measures. But top officials stressed the need to remain vigilant.

A study of schools in Georgia suggests improving ventilation seemed to slow the spread of the coronavirus about as much as masks.

The Centers for Disease Control and Prevention on Friday published the study online. It’s based on surveys last fall of 169 Georgia elementary schools, which had taken various steps to control the spread of the virus.

Schools that used high-efficiency particulate absorbing filtration (HEPA) systems had case rates that were about half as high as those that didn’t.

Gov. Phil Scott says Vermont will lift all remaining pandemic-related restrictions ahead of the July 4 plan if the state reaches 80% of eligible people vaccinated against COVID-19.

That would mean nearly 28,000 more residents need to get the shots. He says Vermont leads the nation with over 70% of residents ages 12 and older getting at least one dose.

He says people between the ages of 18-29 can help accelerate the timeline the most. It’s a group lagging in vaccination rates.

Former President Barack Obama and actor Eva Longoria are joining a social media chat next week about COVID-19 vaccines and the pandemic’s effects on women, particularly women of color.

Made to Save, the United State of Women, Supermajority and the U.S. Department of Health and Human Services are hosting Monday’s event on Facebook Live.

Organizers say the event is part of a week of activity designed to address concerns among women about the vaccines and to encourage women to get vaccinated and to help others get their shots, too.

Made to Save is a national public education campaign working to build public trust in the COVID-19 vaccines. Made to Save and United State of Women are part of Civic Nation, which is chaired by Obama White House adviser Valerie Jarrett.

American pharmaceutical company Pfizer and German company BioNTech have pledged to deliver 2 billion doses of their COVID-19 vaccine to middle- and low-income countries over the next 18 months.

The companies, which together developed the first vaccine to be authorized for use in the United States and Europe, made the announcement Friday at a global health summit in Rome co-hosted by the European Union’s executive arm and Italy.

Pfizer CEO Albert Bourla says they expect to provide a billion of the doses this year and another billion in 2022.

It was unclear whether the deliveries would take place through the U.N.-backed COVAX program, which aims to ensure equitable access to COVID-19 shots for low-and middle-income countries, or if nations would get the doses at a reduced price.

The summit is drawing the Group of 20 industrial and emerging market nations, the heads of international organizations and representatives of global health bodies.

As vaccination campaigns continue to progress in the Western world, poorer countries are struggling to acquire supplies. This week, the U.N. Security Council expressed concern about the small number of doses that have reached Africa.

Lebanon has relaxed coronavirus restrictions as reported infections and deaths continue to decline.

The government is allowing cinemas and theaters to reopen at reduced capacity for the first time in more than a year.

A government pandemic committee recommended the relaxed measures on Friday, a day after Lebanon recorded its lowest one-day death rate in months. Only seven COVID-19 related deaths and 394 cases were reported on Thursday.

The committee also allowed organizing weddings, conferences and trade shows at reduced capacities, but urged professional syndicates to delay holding elections for another month until the downward trend is confirmed.

So far about 10 % of the nearly 6 million people living in Lebanon have received at least one vaccine since February.

The World Health Organization says the Eastern Mediterranean, which includes Lebanon, has reported a decrease in cases in the last two weeks in 17 out of 22 countries in the region.

Thailand announced its national vaccination rollout for next month and its first locally transmitted cases of the coronavirus variant discovered in India.

The government says it will begin its nationwide vaccination campaign on June 7.

An official says 15 cases of the Indian variant were found in a camp for construction workers in Bangkok. The government has banned the arrival of any non-Thais from India, Pakistan, Bangladesh and Nepal to help prevent the spread of the variant.

The government says a national state of emergency will be extended to the end of July to help contain the virus.

The IOC vice president in charge of the Tokyo Olympics says the games will open in just over two months even if the city and other parts of Japan are under a state of emergency because of rising coronavirus cases.

John Coates spoke on a virtual hookup with Tokyo organizers after three days of meetings. The Olympics are set to open on July 23. Coates says the Olympics will go on even if local medical experts advise against it.

He says advice from the World Health Organization assured him that “all of those measures that we are undertaking are satisfactory and will ensure a safe and secure games in terms of health.”

IOC officials say they expect more than 80% of the residents of the Olympic Village, located on Tokyo Bay, to be vaccinated and largely cut off from contact with the public. About 11,000 Olympic athletes and 4,400 Paralympic athletes – who arrive in August — are expected to attend. No international fans are allowed.

The shipment from Beijing landed at the Cairo airport on Friday carrying raw materials to produce 2 million doses of the vaccine, according to airport officials. The plane also carried 500,000 doses of the Chinese Sinopharm vaccine.

In April, Egypt’s Holding Company for Biological Products and Vaccines (VACSERA) signed an agreement with Chinese biopharmaceutical company Sinovac to produce vaccines locally and distribute them to the rest of Africa and the Middle East.

China currently has five vaccines in use in its mass immunization campaign, three inactivated-virus vaccines from Sinovac and Sinopharm, a one-shot vaccine from CanSino, and another by Anhui Zhifei Longcom. So far, only Sinopharm has secured the World Health Organization emergency approval.

Since Egypt rolled out its vaccination program in January, which included AstraZeneca, only 1.5 million people out of a 100-million population have received the shots. So far, Egypt has received more than 2.5 million doses of the Sinopharm vaccine and over 3.3 million doses of the AstraZeneca vaccine through the global COVAX initiative, according to Health Minister Hala Zayed.

Egypt has recorded 250,000 coronavirus cases, including more than 14,5000 confirmed deaths.

He said Friday the outlook has improved after his government lifted travel restrictions on British vacationers and the European Union moved a step closer to allowing cross-border travel.

Spain is lifting its restrictions on travelers from the United Kingdom beginning Monday.

Sánchez said those two developments will bring “a very much better summer” than last year, when the tourist industry in one of the world’s most popular vacation destinations was crushed by limits on travel and gatherings.

In 2019, some 18 million British people traveled to Spain.

Japan has expanded a coronavirus state of emergency after it approved the use of two more vaccines to help contain a surge in infections, nine weeks ahead of the scheduled opening of the Tokyo Olympics.

It has expanded from the hotspots of Osaka and Tokyo in late April to other regions this month, currently covering 42% of Japan’s population.

Japan also approved the production and use of Moderna and AstraZeneca vaccines. So far, just 4% of the population has been vaccinated using the Pfizer shots. The nation has recorded more than half of its 12,000 coronavirus deaths since February. The number in serious condition hit a record high this week.

Prime Minister Yoshihide Suga has pledged to finish vaccinating its 36 million elderly population by the end of July. Recent polls indicate more than 80% of Japanese oppose hosting the Olympics, which are scheduled to begin July 23.

Dr. Anthony Fauci says vaccinated Americans would “not necessarily” need to get booster shots this fall for further protection from COVID-19.

Fauci, the nation’s leading infectious disease expert, told CBS “This Morning” on Friday that scientists would be tracking data on the virus and possible variants. He says it was still “possible” an additional shot would be needed later this year to ward off possible infection.

Fauci also urged Americans to continue to follow CDC guidelines. He stressed those who haven’t been fully vaccinated still need to wear masks even if they are largely spending time with people who have been inoculated.

The doctor also says those attending indoor sporting events, like the NBA playoffs starting this week, should follow the masking policies of the arena.