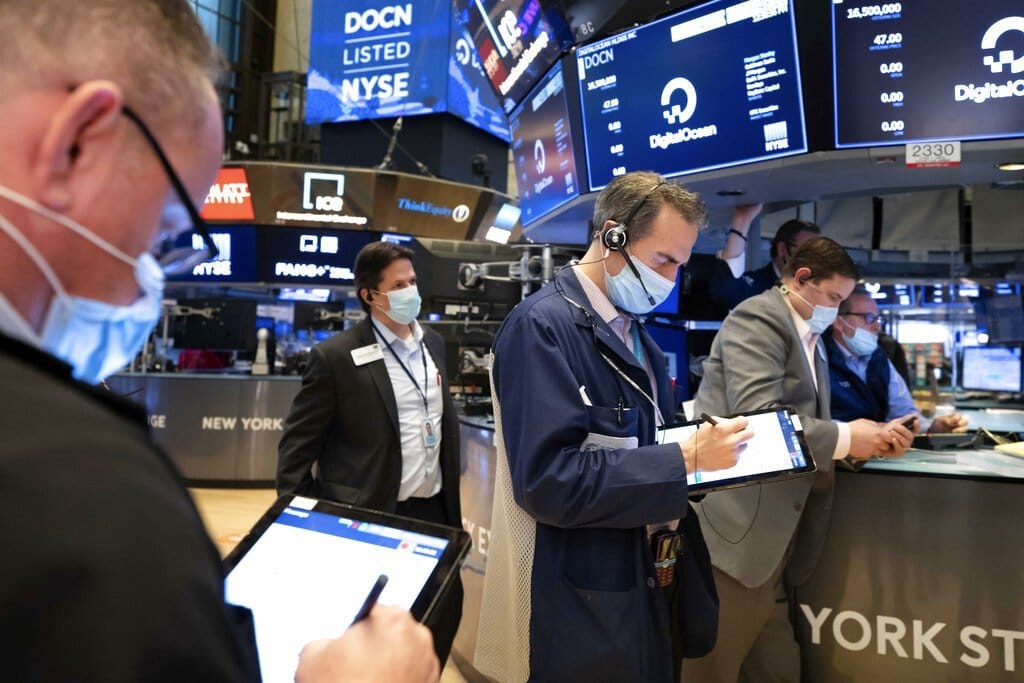 Technology and communication stocks led a drop in stocks on Wednesday, with Apple falling by 2% and Facebook by 2.9%. Rising interest rates and COVID-19 contributed to the volatility. The Associated Press covered the story:

AP –  A late-afternoon burst of selling on Wall Street erased an early gain for stocks Wednesday, pulling the market further below the all-time high it reached just a week ago.

The S&P 500 dropped 0.5% after having been up 0.8% in the early going. Technology and communication services companies accounted for the heaviest selling, outweighing gains in financial, energy and industrial stocks. Bond yields mostly fell after rising earlier this week.

“The markets are kind of choppy and sideways and everything is sort of trying to figure out who’s in charge, where’s the equilibrium — and it creates uncertainty,” said Randy Frederick, vice president of trading & derivatives at Charles Schwab. “When people don’t know what to do, they either do nothing or they sell. They very rarely buy.”

Investors had their eye on Washington, where Federal Reserve Chair Jerome Powell and Treasury Secretary Janet Yellen spoke before the Senate about the government’s efforts to combat the economic impact of the coronavirus pandemic. The Biden administration is considering up to $3 trillion in additional spending on infrastructure, green energy, and education.

Yellen believes the U.S. government has more room to borrow, but said higher taxes would likely be required in the long run to finance future spending increases. Meanwhile, Powell reiterated that the recent jump in the yield on the 10-year Treasury, which soared from less than 1% at the beginning of the year to 1.62% Wednesday, was mostly a sign of confidence among investors that the economy is improving.

Bond yields have risen this year as traders have been watching the potential for inflation pressures to pick up after struggling economies were flooded with credit and government spending. That has depressed U.S. bond prices, prompting some to shift money out of stocks.

While rising interest rates are a key concern, the pandemic remains a dominant topic for investors. Stocks fell on Tuesday after Germany, Europe’s biggest economy, and the Netherlands’ extended lockdowns and imposed new travel and business curbs in response to spikes in infection. That followed similar moves earlier by Italy and France.

“There’s a feeling that we’re not quite done with COVID-19 yet at all,” McMillan said. “That, combined with other concerns, is creating a lot of uncertainty.”

Bank stocks, which took a beating on Tuesday, were among the best performers. Banks have been volatile the last couple of weeks as investors try to gauge the impact of higher interest rates on the U.S. economy. Higher interest rates can slow economic momentum, but they also allow banks to charge more for loans. JPMorgan Chase added 0.8%.

GameStop sank 33.8% after reporting results that missed Wall Street’s forecasts, though the stock is still up more than sixfold since the beginning of the year after it became a social media darling for a swarm of online investors. The company took no questions from investors on its quarterly conference call late Tuesday.