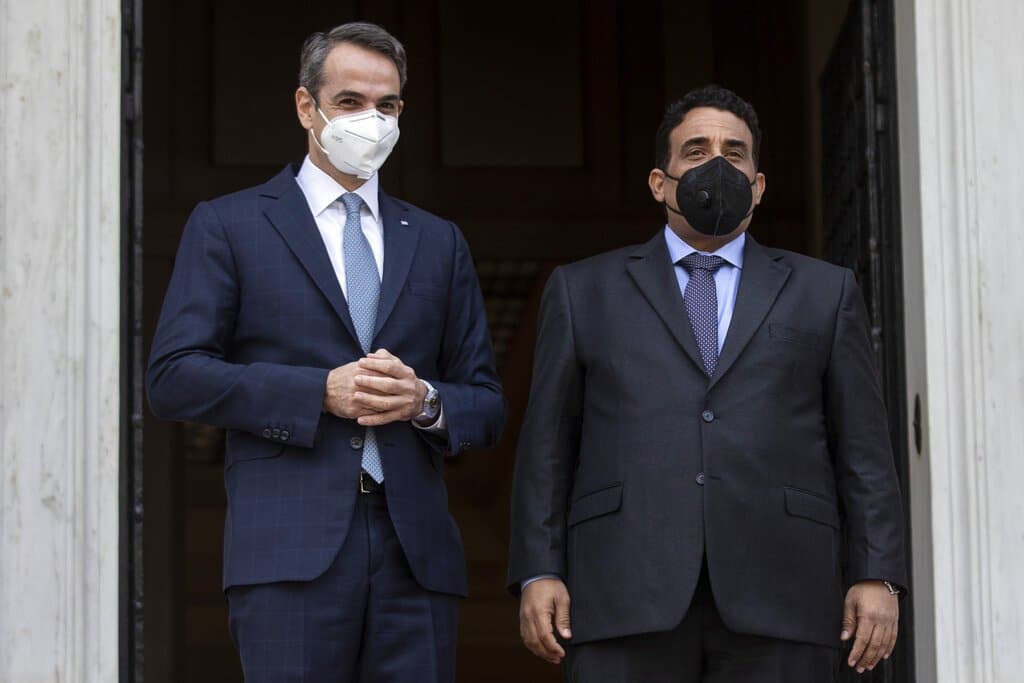 ATHENS, Greece (AP) — Greece and Libya are to discuss delineating maritime boundaries in the Mediterranean, the Greek prime minister’s office said Wednesday after a meeting between the prime minister and the head of Libya’s Presidential Council.

The talks in Athens with Mohamed al-Menfi, who previously served as an ambassador to Greece, came a week after Greek Prime Minister Kyriakos Mitsotakis visited Tripoli to meet with the new interim Libyan government.

The interim government took office last month, replacing two rival administrations that had governed the eastern and western parts of a country torn apart by war. It is to steer Libya to a general election in December.

Athens had expelled the Libyan ambassador in December 2019 during a dispute over a controversial deal on maritime boundaries in the Mediterranean signed that year between Turkey and Libya’s U.N.-supported government at the time.

Greece and Cyprus were outraged by the agreement, which they say runs contrary to international law and ignores their stakes in the region. Greece has since been pushing for the new interim government to cancel the deal.

Addressing al-Menfi at the start of their meeting, Mitsotakis said he welcomed “your and the Libyan prime minister’s intention for your country to discuss with Greece crucial issues such as the delineation of maritime boundaries.”

The north African country’s new government has not indicated it would be willing to overturn its controversial deal with Turkey.

Libyan Prime Minister Abdul Hamid Dbeibah visited Ankara on Monday. Speaking after talks with Turkish President Recep Tayyip Erdogan, he said the deal serves both Turkey’s and Libya’s national interests. But he added it was important to start a dialogue that would take into account all involved parties’ interests.

For his part, Erdogan said the deal “has secured the interest and future of both countries.”

Turkey has been closely involved in Libya, backing the U.N.-recognized Government of National Accord (GNA), based in the capital Tripoli that controlled the west, against the Libyan National Army (LNA), based in Benghazi that controlled the east. Turkey sent military supplies and fighters to Libya, helping to tilt the balance of power in favor of the Tripoli government, with which it signed the maritime deal.